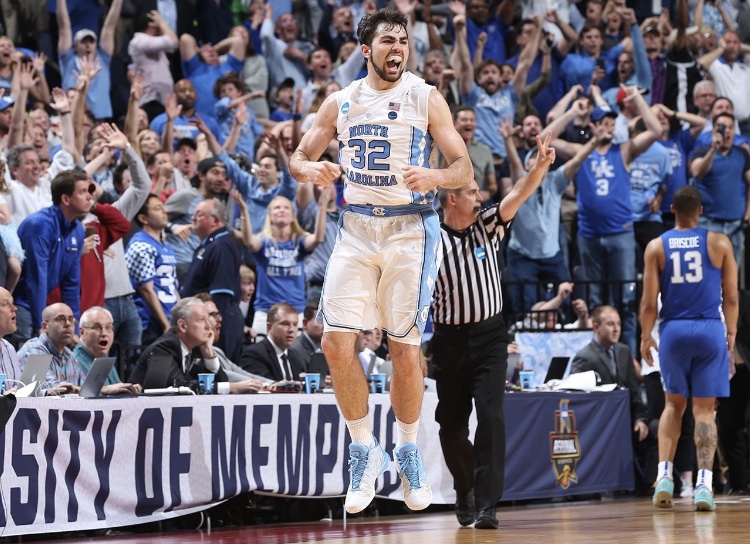 The Tar Heels had an up and down season last season, as they started the season slow, made a late-season run to get a two-seed in the NCAA Tournament, however, they to Texas A&M in the second round, which made it their first time since 2014 that they didn’t make it to the second weekend. The Tar Heels lose Theo Pinson and Joel Berry, who were both key players for the Tar Heels in their National Championship run. The Tar Heels do return three starters though, headlined by Luke Maye, who was an All-ACC player. Cam Johnson and Kenny Williams are both solid players, who look to develop into bigger roles this season. The Tar Heels bring in two Five-Star prospects in Nassir Little and Coby White, who should start right away. Guards Andrew Platek, Rechon Black, Brandon Robinson, and Seventh Woods should help out with providing depth at the guard position, while the three big men of Garrison Brooks, Sterling Manley, and Brandon Huffman should be solid inside. This team has a good starting five and has extreme depth, which should help that should keep them compete atop the ACC standings and give them a chance at a deep NCAA Tournament run.

The Tar Heels don’t have any superstars in the backcourt, however, they do have a lot of solid players which shouldn’t hurt them this season. Coby White will likely come into the season likely as the teams starting point guard, he is a quick guard, who can score at a high level, although he’s not a true point guard and he’s more of a combo guard. Kenny Williams is an experienced wing, who looks to have a bigger scoring role this season as a senior. Cam Johnson is a long wing, who can play the three or the four, while he can knock down threes at a high level. Seventh Woods has ridden the bench for two years, however, he looks to get more minutes this season and he could potentially move into the starting rotation. Rechon Black is a former Top-100 recruit who is very athletic and he is a good shooter, which should help him get minutes this season. Andrew Platek and Brandon Robinson are both solid players who should play minutes this season, as Roy Williams tends to play everyone minutes in each game. Overall this unit is very deep, which should help them be able to make up for potential inexperience and potential injuries.

The Tar Heels have one of the best returning bigs in the country in Luke Maye, who will play alongside the potential top pick in this year’s draft in Nassir Little, which should form one of the best frontcourts in the country. Luke Maye is coming off a season where he averaged 16 points and 10 rebounds, those stats should continue this season, he also is a career 40 percent three-point shooter, which allows the Tar Heels to stretch the floor playing a five-out offense. Nassir Little is the best pro prospect on the team, he owns a long wingspan and he is a great athlete who can score at a high level, he should be really good in his only season at North Carolina. Garrison Brooks has a good basketball IQ, while he is also a good interior defender and rebounder, which is important for the Tar Heels. Sterling Manley is better rim protector while being more physically gifted, and he is a better scorer, however, his interior defense lacked at times last season. Brandon Huffman is a good rebounder, however, he is raw offensively which does limit some of his minutes. With Little and Maye in the frontcourt this team should have two great players, however, their depth at the forward position will be what helps them win games.

The Tar Heels have a very talented group, however, 9 of their 12 players who look to get rotational minutes are either freshmen or sophomores which could be an issue early on in the season. I think it would surprise no one if the Tar Heels got off to a slow start in the season, as they will have to deal with potential early-season struggles from Coby White and Nassir Little while playing one of the toughest non-conference schedules in the sport. In ACC play the Tar Heels should start to roll, as they look poised to finish the regular season on top of the conference standings. In the NCAA Tournament, they should avoid some early upsets and they should make it to the second weekend. From there they will have enough talent to make a run not only to the Final Four but they also could win the National Championship.