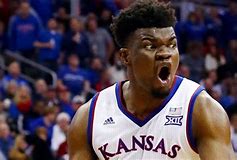 September is here, which means we are now only two months away from having College Basketball back in our lives. The offseason focus for College Basketball has notably turned towards a look ahead into this year. While the majority of the focus in the sports world is on football, it is always College Basketball season here, so with that, I decided that it would be a good idea to dive into a brand new Bracketology which will come with a bit of a different format this time for all you returning readers. I will first show the updated Bracketology with the regions and all that like usual but then I will give a rundown region by region. Without any further introduction let’s get into my latest Bracketology.

The East Region is home to the number one overall seed in Michigan State. The Spartans have the preseason Player of the year favorite in Cassius Winston, a really good interior big in Xavier Tillman, a returning Josh Langford and a deep bench that fills out the roster nicely. The Spartans will look to pick up some pretty big wins early on as they will play Duke, Kentucky, Seton Hall and will likely face Kansas in the Maui Invitational. With that type of schedule and a team that is this talented, the Spartans will have a one seed on lock assuming they play anywhere near their potential.

The number two seed in North Carolina, who will rely a lot on freshman guard Cole Anthony to help carry the load offensively and lead them to a high seed. Villanova takes the three seed in the East Region, the Wildcats have a lot of quality wings that should make them one of the best teams defensively in the sport, that mixed with a tough Big East schedule should allow them to pick up some quality wins. Memphis takes the four seed, this is a team that simply has more talent than any other team in their league, which should allow them to win the American and potentially make a deep run in March.

If you are looking for a potential sleeper team from this region I would look no further than the Cincinnati Bearcats. Cincinnati will have maybe one of the best players in this region in Jarron Cumberland who has the type of talent to carry a team to a win almost single-handily. My big upset pick from this region is Vermont, they will have one of the best mid-major players in the sport in Anthony Lamb, as well as plenty of experience from last year’s NCAA Tournament. Assuming this matchup happens I would take Vermont to beat Marquette and advance to the second round to face Memphis.

Appearing as a one seed for the 9th time in the past 14 seasons will be the Kansas Jayhawks. The Jayhawks have the talent at the top with Devon Dotson, who is an elite point guard, as well as the most dominant big in the country with Udoka Azubuike. The Jayhawks play once again one of the toughest schedules in the country as they will play Duke, Villanova and potentially Michigan State in the Maui Invitational, as well as another tough year of Big 12 play. Kansas should be able to collect a good amount of quadrant one wins and get a one seed assuming everyone stays healthy.

While Kansas is the number one overall seed in this region, no one can look at Kentucky and think that they don’t also have a great chance to make the Final Four. With another Top-3 recruiting class, a couple of returning pieces and a Hall of Fame coach, this team will be contending for both an SEC and a National Championship. Maryland once again will have a very good roster with Anthony Cowan Jr. and Jalen Smith returning that should help this team be one of the best in the sport. While those three teams listed above are great, no one quite has a talent like Myles Powell, who would be the best player on the court any night and could potentially carry the Pirates to the Final Four.

If you are interested in any teams to keep an eye on I would suggest looking at Illinois, they have a solid amount of talent and experience while playing in a system that can force teams to turn it over. As for my early upset pick, I might look at UC Irvine over Seton Hall. The Anteaters defend at a high-level and if they can get an off night from Myles Powell, they seem more than capable of winning that game.

My third overall one seed is one that will surprise a lot of people and that is the Florida Gators. There are many reasons to like this Florida team, starting with their style, which is a 4 around 1 offense that will have talented guards playing around Kerry Blackshear Jr. I think another thing that separates them from other teams is going to be Scottie Lewis, who is a silky smooth guard with elite athleticism and a high-motor, which are traits I value. Overall I just like this team set up a lot and has me thinking that this team can win a lot of games and be a one seed in the NCAA Tournament.

The number two overall seed for me is the Louisville Cardinals who are returning a lot of pieces including my ACC Player of the year favorite Jordan Nwora. Nwora looks to combine with a talented roster of wings and bigs to help lead the Cardinals to their first Final Four since 2013. Baylor is a team that will run 10 deep and have 8 or 9 guys that can drop 15 on any given night, they maybe don’t have the talent at the top but they should have enough guys to pick up the amount of quality wins needed to be a Top-3 seed. My fourth one seed is the Ohio State Buckeyes, they are a team with a lot of depth and a big in Kaleb Wesson who can shoot, pass and rebound at a high level.

My Sleeper team in this region is Xavier, they have about four guys that can beat you on any given night while this team has a potential takeover guy in Naji Marshall. I would look for them to be a darkhorse threat to win a region that doesn’t look good on paper. An upset pick from this region consists of Liberty beating Arizona. The Flames return a lot of pieces from last year’s team that beat Mississippi State in the first round of the NCAA Tournament, that mixed with a talented but young Arizona team could result in an upset.

Duke is the number one seed in the west in this edition of my Bracketology. They have the team leader with Tre Jones who has been an excellent on-ball defender and passer. Jones alongside two great freshmen in Vernon Carey and Matthew Hurt, plus some really good rotation pieces makes them one of the teams to watch. They have organized games against Michigan State and Kansas, while also playing in the brutal ACC, which will allow them plenty of opportunities to collect big wins.

Defending National Runner-up Texas Tech is the number two seed in this region, they are my eighth team but was in this position due to Bracketing rules. Chris Beard has flipped over this roster multiple times and has succeeded in doing so, that is no different this year either. Texas Tech’s defensive philosophies, mixed with a tough schedule will give them a shot at a two seed. Oregon gets a three seed due to their overall talent, roster construction and the leadership of Payton Pritchard, those things make me think that they should be the favorites in the Pac-12. Gonzaga has locked up the number four seed in this region, they will run through the WCC once again and with a couple of quality non-conference wins, they will get a high seed.

Creighton is my sleeper team in this region, they have a series of quality guards with Ty-Shon Alexander and Mitch Ballock. I feel they might get a lower seed due to how tough the Big East will be next season, granted that will allow them to potentially sneak up on people come time for the NCAA Tournament. As for my upset pick, that will be New Mexico State over Alabama. I like Alabama a lot as a team, but New Mexico State is my favorite mid-major team as they will play so many guys that it will wear on teams.