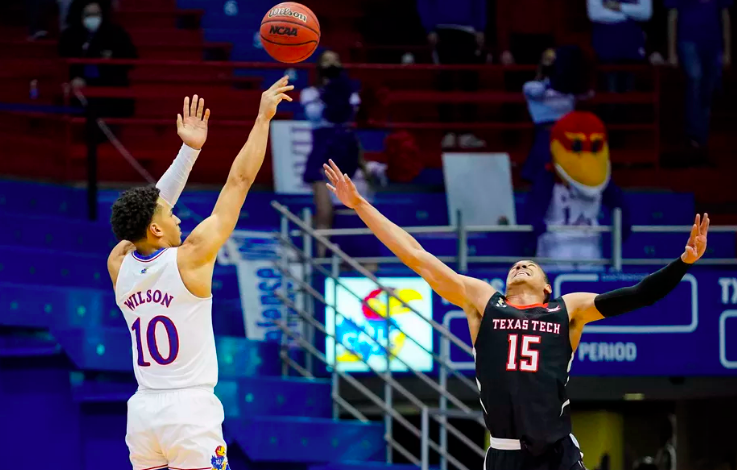 There may be no player more primed for a breakout season than Matthew Mayer, as he was a great bench piece a year off the bench and now will start. Mayer is a 6’9 wing that is a good bucket-getter, his ability to make shots is similar to that of Kevin Durant. Mayer could become the go-to piece for the Bears this season while he should at the very least help Baylor contend for a league title.

Jalen Wilson had an up and down season, he was great early, struggled through January, and picked it up late in the season as Kansas was making a run. For this season, consistency is key, he’s a perfect modern-day four-man, he’s a good shooter, a tough rebounder, and has guard skills. If he lives up to his potential, Wilson should be a consistently great player for a Kansas team that will look to contend for a title.

While a season ago, West Virginia had more than enough options to go around, this year the Mountaineers really need a front-court player to emerge. Jalen Bridges looks like the prime candidate for that, the stretch-4 man showed an ability to be a great shooter while he looked like a capable big man inside. With Derek Culver gone, Bridges will need to take a step forward and be the new go-to option at the forward spot.

Rondel Walker was a typical freshman a season ago, he had flashes of brilliance, and he had struggles but he appeared to get better later in the season. Walker will now likely be a more relied upon scoring piece for Oklahoma State this season, he has the ability to score at an effective rate and if he can improve as a three-point shooter, he could be an all-league player.

A season ago, Gibson had to differ towards other guards like Austin Reaves and De’Vion Harmon, however, this season Gibson must become the lead option. Gibson is a 6’1 guard that is a good shooter, and defender, who probably plays off the ball. Gibson was a great scorer at North Texas and now will have to become the go-to option at Oklahoma.

Yes, Mike Miles was really good a season ago and averaged double-digit points per game, but to think that he’s not in for a major breakout is foolish. Miles is an elite guard, he’s a good shooter, scorer, and a capable ball-handler, which are valuable skill sets. Miles should emerge as the clear go-to option this season and he could potentially lead the Horned Frogs back to the NCAA Tournament, while he should be near the top of the stat categories in the Big 12.

While Kansas State struggled a season ago, the future looks bright thanks to some good showings late in the season by their freshman, including Davion Bradford. Bradford is a 7’0 big man that is a really good center, he’s an efficient scorer, decent free throw shooter, and defender. Bradford will be a really good big man for Kansas State and looks to help them contend for an NCAA Tournament spot.