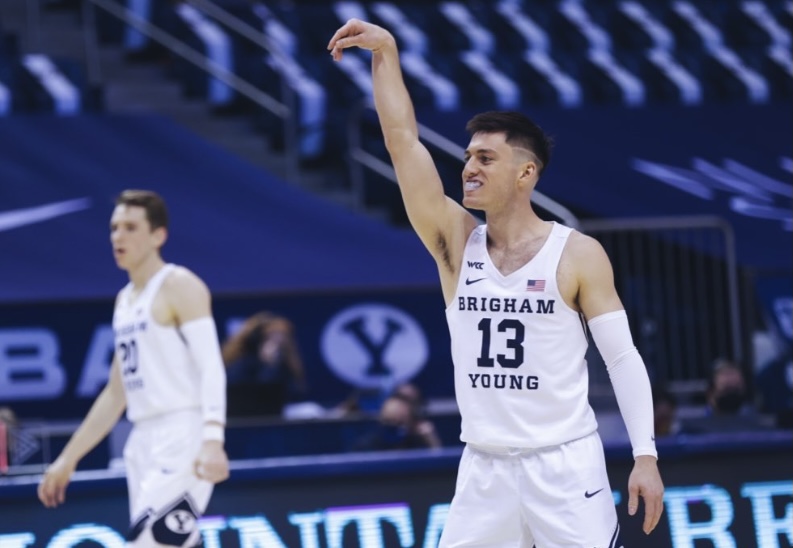 Although BYU lost early in the NCAA Tournament, Mark Pope has still proven to be one of the better coaches in College Basketball and the perfect coach to lead them into a new era of Big 12 basketball, which will begin in a couple of seasons. Despite not having a roster that looked the part preseason, a major breakout from Alex Barcello and a group of role players stepping up were key in the Cougars finishing second in the WCC and being a six seed in the NCAA Tournament. While the Cougars will lose three of their five starters, Alex Barcello returns and is the best non-Gonzaga player in the league. The question seems to be not whether BYU can make the NCAA Tournament, they’ve proven that they can do that, it becomes whether or not they can make any sort of run once in the big dance.

For this team to make a deep Tournament run, Alex Barcello will need to continue to be the great player that he is. Barcello is an under-the-radar All-American candidate that can do it all. Barcello is a great passer, who excels in the Cougars’ higher-tempo offense, while he is one of the best shooters in College Basketball. Barcello came 5 made free throws away from having a 50-40-90 season and did so while averaging 16 points per game. Barcello is also a decent defender, while his ability to control tempo is helpful as well and is what makes this Cougar team run smoothly.

Starting alongside Barcello will be sixth-year guard Te’Jon Lucas, who is a really good point guard that should make for a good secondary point guard and scoring option. Lucas’ role will be setting up both the Cougars offensively and being a good option defensively while moving Barcello off the ball could be key as well. Trevin Knell provides the Cougars with a lethal outside shooter, he should fill in and start at the 3, while his size helps him match up defensively. Spencer Johnson will also provide floor-spacing for this Cougars team, while not as elite as Knell, Johnson’s has shown an ability to get hot in certain games.

The Cougars have a collection of forwards that will be able to be perfect options as a modern-day four-man. Caleb Lohner looks to start at the four and he also looks to fill in as the team’s second-best scorer. Lohner is a good shooter, who will score inside, and be good in the mid-range, Lohner should develop a little more offensively and down the road, he could be the face of the program as soon as next season. Gideon George is a 6’6 super-athlete, who is good at scoring inside, is a good rebounder, and is the team’s best defender. Seneca Knight is a former third-team All-Mountain West player, who should provide some scoring pop off the bench.

The center position is one of much uncertainty, Richard Harward provides this team with a bigger body that provides the team with a good rebounder, shot-blocker, interior defender, and efficient scorer around the rim. Gavin Baxter is a good defender, rebounder, and defender, although it has been a little while since Baxter has played. Atiki Ally Atiki is a 6’10 big man with a long wingspan, who could be a good option long-term, although it seems unlikely that he plays meaningful minutes this season.

This Cougars team should be one of the best offensive teams in College Basketball and a true threat to score over 100 points on any given occasion. Between Barcello running the show and being a truly elite scorer, while having Te’Jon Lucas in position to move Barcello off the ball, allowing him to get some opportunities moving off the ball. Add in elite shooters like Knell and Johnson, plus Caleb Lohner, who might develop into being an All-Conference forward. Add in a good interior scorer that will take advantage of mismatches in the post in Harward and you have a perfect offensive starting-5.

The real question for this team is whether or not the defense can catch up to what the offense is, as that is key in allowing the team to elevate expectations. Harvard and Baxter will be good interior defenders, but who else can step up defensively, George is a good switchable defender, but might not be a great option offensively, while the rest of the roster is filled with not great defenders. Even without this defense and offense perfectly matching up, BYU is still in position to beat most teams that they will face. Now the question is not about making the NCAA Tournament, we’ve seen them do that, it is whether or not this high-octane offensive system can lead BYU to a second weekend.