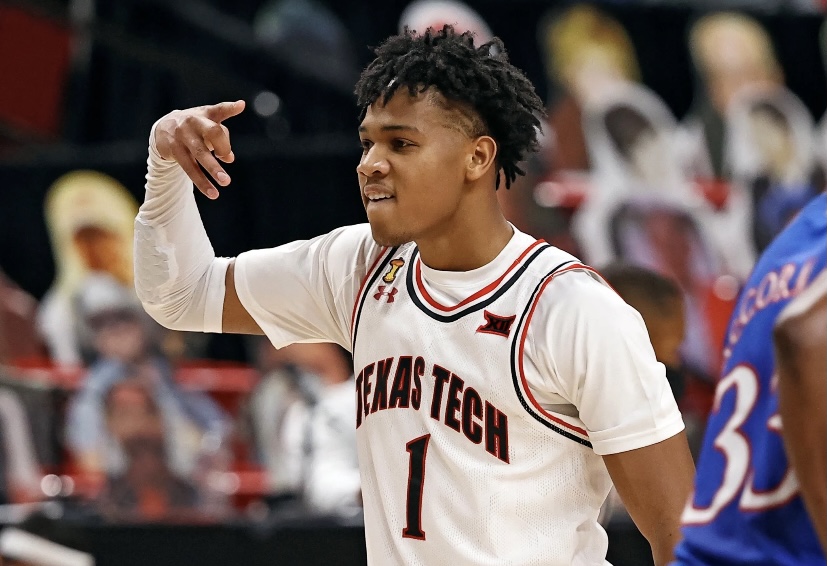 After another NCAA Tournament appearance, the Red Raiders were surprised when Chris Beard left Texas Tech to head to Texas. This obviously comes as a major blow due to how good Beard had been, although Mark Adams did a good job of keeping much of the roster intact for another season. The question now becomes whether or not Adams can elevate the talent into not only making the NCAA Tournament but one that can make a deep run in the Tournament as well.

Adams’ team will have a great returning guard in Terrence Shannon, who could be an under-the-radar Big 12 Player of the year candidate for this season. Shannon is a 6’6 wing, that is a good three-level scorer, defender, and ball-handler, who now will have the opportunity to be more aggressive this season now that he is the primary option. Look for Shannon to take this new role as a go-to option and run with it, likely upping his scoring statistics in a big way.

Oral Roberts transfer Kevin Obanor looks to become the second option for this team, Obanor is a perfect modern-day stretch-4 because of his size and strength inside, while his ability to be a sniper from long range. Obanor will have slightly lesser of a role than he had at Oral Roberts, but still, expect him to be a double-digit per game scorer. Kevin McCullar will also start and be a key contributor, while McCullar could be a better shooter, he excels with the ball in his hands, he’s a good scorer off drives, while he’s a good defender and rebounder. I’m not sure I would have him run the point but Adams might experiment with that idea, so that could be something to watch out for.

Up front Marcus Santos-Silva will likely start at the five, while Marcus is undersized as a true five-man, his toughness helps make up for that size disadvantage. He’s a good rebounder, shot-blocker, and interior defender, which is something that will help the team out. Bryson Williams should be a good all-around big man who probably will play around 20 minutes per game off the bench. Williams is a good mid-range and interior scorer, while he’s a good rebounder, and he should play minutes at both the 3 and the 4.

The Red Raiders have a large collection of transfers to fill in the remainder of the roles for this year’s team. Mylik Wilson will look to potentially start at the point, while Wilson has primarily played off the ball in the past, he has good point guard skills, athleticism, and his ability to be a ball-hawk defensively is going to be key for him getting minutes. Davion Warren was a high-level scorer at Hampton, while he will have a significant decrease in responsibility, he could be a big scorer off the bench. Sardaar Colhoun will provide some size and floor-spacing off the bench, which will be beneficial. Adonis Arms, Clarence Nadolny, and KJ Allen will all be competing for reserve roles off the bench this season, although none of them seem poised to get more than 10 minutes per game.

While we haven’t seen Mark Adams coach at this level before, that shouldn’t be an issue. Adams has the trust of this roster and is also the mastermind behind the no-middle defense, him being able to have this roster playing hard won’t be an issue. The main issue comes when it comes to roster upside, while Shannon is good, he’s never had to play the role he will this season. There’s no clear answer at point guard as well, while Wilson and McCullar have potential, there’s still some uncertainty about that position and one could argue that is the most important position in basketball.

Overall this Texas Tech team seems to be a pretty safe pick to be an NCAA Tournament team, but not one that seems poised to make a deep NCAA Tournament run either. The team will play tough defense, be well connected defensively, and most importantly has no real weaknesses on that end either, making this a strong contender for the best defense in the Big 12. That said, the Shannon, Obanor, and McCullar trio just isn’t quite enough offensively to make this a contender for the league title. This will be a good but not great Texas Tech team this season and one that probably will wind up back in the round of 32.