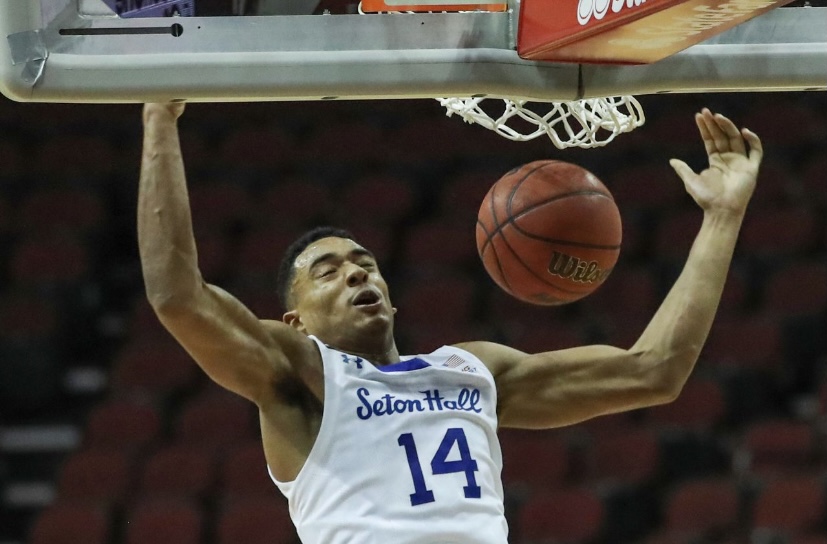 In a Big East that is up in the air beyond Villanova, Seton Hall has a good chance to be the toughest competition for Villanova atop the Big East standings. Kevin Willard clearly wasn’t pleased with missing the NCAA Tournament for the first time since 2015 and added Kadary Richmond and Alexis Yetna to their roster going into this season. The Pirates have a team that has great size, physicality, and switchability, and while yes, I did not rank any Seton Hall players on my Top-100 players’ list, that has more to do with the fact that the Pirates have about six players who could lead the team in scoring on any given occasion and there is no true dominant player on this roster.

Jared Rhoden returns as the teams leading scorer, and he probably will end up leading the team in scoring this season. Rhoden is a 6’6 wing that is a decent shooter, scorer, and defender who really developed a good all-around game. Rhoden has been able to kind of play second or third fiddle in the past but now this is his team to lead offensively, the major question mark is whether he can take the next step. Myles Cale also returns to play a big role on the wing, Cale is a good shooter who spaces the floor and knocks down open shots, although he is definitely limited in his ability to create shots on his own.

Kadary Richmond will be the make-or-break player for this team and ultimately determine whether the Pirates are a team that could be a Top-25 team or one that misses the Tournament. Richmond is a 6’5 guard that will likely run the point, while Richmond isn’t a shooter, he can create offense for himself, while he’s great at finding others as well. What makes Richmond great is that he is a true switchable defender, if you need him to guard an elite point guard, Richmond will do it, while if the frontcourt gets into foul trouble, he will be able to guard bigs, while his best skill is just reading offenses and turning that into steals that go the other way.

The frontcourt will be strong with a duo of Ike Obiagu and Alexis Yetna, who will make up a well-fitting duo. Yetna is a true four-man and a good modern-day one as well, he is a good three-point shooter, while his ability to space the floor is something that will help create additional space on the wing. Obiagu is an offensive liability anywhere but 3-feet and in, but his defensive instincts and shot-blocking are what make him such a valuable piece. The great thing about this duo is that neither will have to play over each other, teams will have to guard both these players so long as they are in the right spot offensively.

Off the bench, Bryce Aiken has shown high-level upside in the past but his inability to stay healthy will leave a lot to be desired, that said, if he can stay healthy all year, Aiken will no doubt be a key piece for this roster. Brandon Westen is a 6’5 guard that has all the skillsets to be a great scorer at Seton Hall in the future, the question is just whether he can do that now. Jamir Harris will have the ability to be a lights-out shooter coming off the bench, Harris has been someone that has improved as a shooter every offseason and that should only get better playing on a more talented roster. Tyrese Samuel is a big-bodied forward who can space the floor a little bit at the 5 spot, making him an interesting piece to bring off the bench.

For this Seton Hall team, there’s a ton to like for this team and it should be one of the better two-way teams in College Basketball. The length and switchability on defense is something to be marveled at, having the ability to switch 1-4 and at times 1-5, will be huge defensively. Kadary Richmond coming over from Syracuse will definitely help with that. Ike Obiagu will continue to block shots with ease, while the rest of the starting five are all plus defenders.

The real question comes on offense where I’m still not completely sold on this team. Jared Rhoden and Myles Cale are both good shooters, who can score in bunches at times but neither will feel like an offensive superstar. Kadary Richmond will do everything well for this Pirates team, although his main weakness is primary scoring the basketball (which is kind of important). Jamir Harris, Alexis Yetna, and Brandon Westen might be able to get Seton Hall a game, but don’t expect that every game. When looking at this team, there will be times where this team will struggle but that’s to be expected. Should the Pirates make the rankings, the defense will have to continue being great while they need a couple of offensive pieces to exceed expectations.