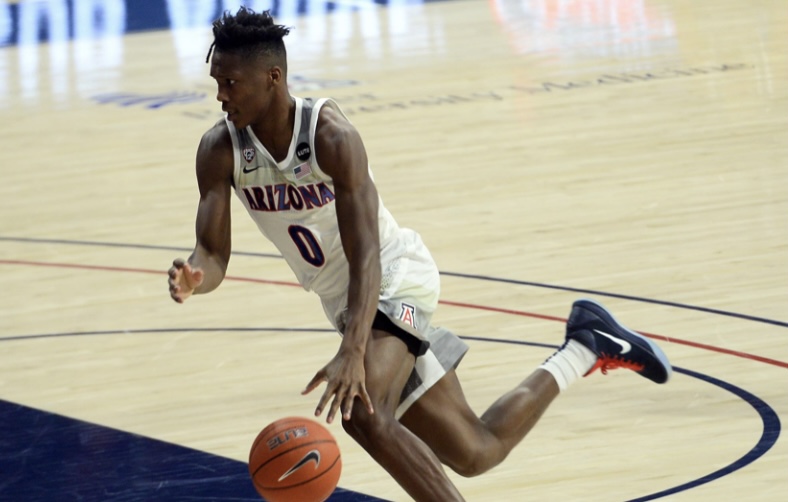 With uncertainty about the future of the Sean Miller era, Arizona pulled the plug on the Miller era and hired Tommy Lloyd of Gonzaga. While the question remains whether Lloyd can succeed as a head coach, he has already done a great job of revamping this roster and making it one where the Wildcats have more than just Tournament expectations heading into this season. Now the question will be whether Lloyd can make this a team capable of winning multiple games in the NCAA Tournament with this roster and how good will Lloyd be long-term at Arizona.

The major victory of the offseason at least for this year was getting both Bennedict Mathurin and Azuolas Tubelis to return to school for another season. Inside, Tubelis projects to be the best big man in the PAC-12, he’s a 6’11 big man that has a good skill set, a variety of post moves, and is a capable shooter and passer. Tubelis will be the anchor inside for this team, both scoring, rebounding, and playing good post defense are all attributes he possesses. Mathurin, on the other hand, provides much of what this team needs on the wing. He’s 6’7 and can play both the 3 and the 4, while he’s an elite three-point shooter, good passer, solid rebounder, and good defender. This duo will lead Arizona in scoring, although each will need to step up for the team to exceed expectations.

The key to this team comes from their guard play which has a collection of talented pieces but no proven talent. Justin Kier brings in some shooting playing in an off-ball setting. Kier is a solid defender and has no major holes, but he’s probably not anything more than a 10 point per game guy. Utah transfer Pelle Larsson is an elite three-point shooter who can run the point and be a good passer, although he needs to try to avoid turning the ball over at all costs. Kerr Kriisa was injured much of last year but played a good role as a shooter, passer, and defender although we haven’t seen it for a full season. It is hard to know who will start for this Arizona team but the key will be getting these three to be good floor-spacers while allowing Mathurin and Tubelis to get their touches.

The final spot in the starting lineup will come down to three players, as well as the potential for different styles of play. Dalen Terry gives this team a long, athletic wing who can switch 1-5 defensively, while he’s a little bit of a liability offensively, he should improve with an offseason. Christian Koloko started much of last year and could do so again this year, Koloko is a good interior defender, rebounder, and decent at finishing around the rim. Oumar Ballo is an athletic big who followed Tommy Lloyd from Gonzaga, Ballo has impressed when on the court but those have come few and far between. Look for Lloyd to experiment with lineups and try to find an eight-man rotation that works well.

For Arizona, they are a team that probably has a floor of being an NCAA Tournament largely due to having two elite players in Tubelis and Mathurin, who both should compete for First-Team All-Pac 12 honors. They also have good defenders in Terry, Koloko, and Ballo, who add the size needed to help this team. The key comes down to guard play, whether it’s Kriisa or Larsson, or maybe someone else playing the point, the key will be not turning over the ball and getting the ball into their best player’s hands. The more that happens the more likely the Wildcats not only make the NCAA Tournament but win multiple games once there as well.