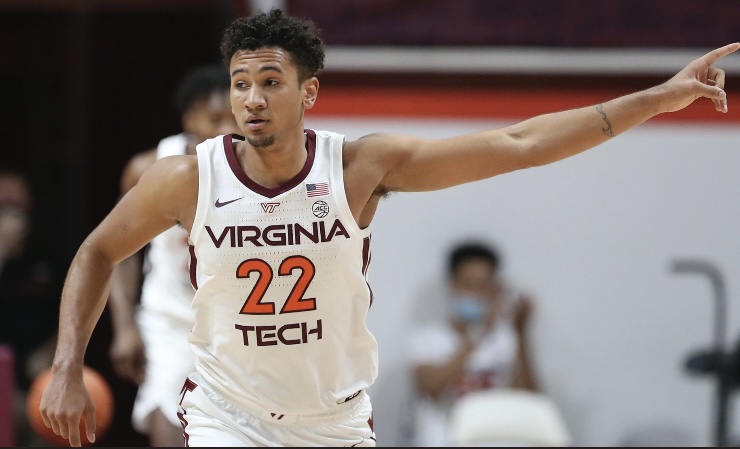 In a short time in Blacksburg, Mike Young has done an impressive job of keeping the program right in the NCAA Tournament mix, and that should be no different this season. The Hokies return 3 of their Top-4 scorers from last season’s team while upgrading at the point guard position by adding Storm Murphy. While the starting-5 seems to be intact, the bench leaves a lot to be desired, so the question moves to whether or not this team can hold up through a full season in what should be an interesting ACC.

Keve Aluma will be the headline player for this team, the 6’9 forward is one of the best players in the ACC and could win the league Player of the year award. Aluma is a good interior scorer, rebounder, and defender but what sets him apart from most bigs is his ability to catch and shoot from deep. All those traits make him one of the most difficult players to guard not only in the ACC but in College Basketball as a whole. Justyn Mutts will help Aluma out in the frontcourt, much like Aluma, Mutts is a capable shooter from beyond the arc, while Mutts is not as good as an inside force, he is a tough, physical defender who matches up with quicker players.

Nahiem Alleyne provides this offense with a sharpshooting, second option offensively. Alleyne shot over 40% from three a season ago, while he was someone who had the ability to score in bunches. Alleyne is also a good defender, with size, making him a prime candidate to match up against bigger guards on the defensive end. Hunter Cattoor provides this team with a high-level three-point shooter. Cattoor may be limited in what else he can provide for this team, however, just having a reliable floor-spacer is extremely valuable towards having success.

Storm Murphy will come over from Wofford and will be the starting point guard for this team. Murphy has been a good role player on a great Wofford team but excelled at taking a larger role over the past two seasons. Murphy is a good passer, shooter, and defender, who should not only set the tone offensively but he can produce as well.

When it comes to having a good starting-5 that fits together, the Hokies have that covered but the bench is a major concern. Darius Maddox and three-star recruit Sean Pedulla will have to eat minutes as backcourt reserves, neither has proven themselves to be a threat but both have an opportunity to step forward this season. David N’guessan will carve out a role as a presence inside, although he will need to improve as a free throw shooter. Jalen Haynes doesn’t necessarily stand out as someone that could be a big contributor, but the 6’8 freshman will have to play minutes as well.

The line between this team being an ACC title contender, and a team that not only misses the NCAA Tournament but bottoms out big-time as well is extremely thin. Should any one of Murphy, Alleyne, or Aluma miss any amount of time, the Hokies will fall back to being a below-average ACC team. That said, the starting five for this team is maybe the best one in the ACC and that cannot be forgotten.

Aluma is legitimately one of the best players in the sport, he and frontcourt-mate Justyn Mutts both provide floor-spacing at the forward spots which are valuable in today’s game. Alleyne should take a step forward into being one of the best guards in the conference, while Storm Murphy is probably the best point guard Mike Young has ever coached. Add in a sniper in Cattoor and you have a starting five that has an abundance of shooting, good defensive capabilities, and one that is experienced as well. This is a team that as mentioned should contend near the top of the ACC standings, be the best team in the state of Virginia, and who knows, maybe they will make a run in the NCAA Tournament as well.