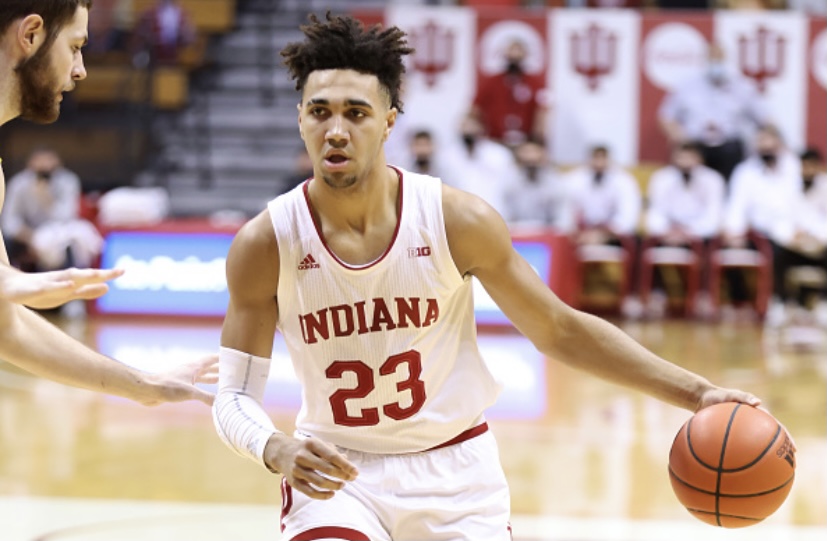 The Archie Miller era is over, much to the benefit of the Indiana program they have moved on from Miller after he once again failed to make the NCAA Tournament for a fourth straight season. While I’m not all that sure Mike Woodson is the answer long-term, in the short-term he has done enough to benefit this program and prove to be an upgrade. Keeping Trayce Jackson-Davis was huge for this program, while Woodson did a good job of adding pieces to improve this team at the guard position. Whether or not those additions will lead to winning remains to be seen but going into this season, the Hoosiers seem to be in prime position to make the NCAA Tournament.

Trayce Jackson-Davis is the star for this Indiana team, the 6’9 forward had pro opportunities but elected to give it one more year in College. Jackson-Davis is one of the premier post-up players in the sport and showed that a season ago in route to a near 20 point-per-game average, which was among the best in the sport. Look for him to continue to be the go-to option for this team inside, while he looks to maybe add a little bit of range, which would elevate his pro chances.

A transfer duo of Xavier Johnson and Parker Stewart will likely make up the starting backcourt for this team. Johnson will start at the point for this team, while his shooting ability leaves a lot to be desired, he has been one of the premier passing guards in the sport and should thrive playing in what hopefully will be a more pro-style offense. Parker Stewart will provide what this team needed all throughout the Archie Miller era, someone who shoots lights out from the perimeter. While he may not play with the ball in his hands a ton, expect him to be a catch and shoot master on this team.

Rounding out the starting rotation will likely be Miller Kopp and Race Thompson. Kopp will bring in solid size, which allows him to play minutes at both the 3 and the 4, his ability to space the floor will be key for this team, while he brings in both a hunger to have success, and experience playing in the Big Ten. Race Thompson should start at the forward spot, Thompson does all the little things to impact winning, such as playing tough post defense, rebounding, and just doing whatever it takes to win, all of which make him a valuable piece to have on the court. Depending upon how good he is, Tamar Bates could also start, the southpaw has good size, length, and athleticism that will thrive in the Big Ten, and if he can provide some floor-spacing, he will crack the starting rotation.

Maybe the most valuable part of this team will be with their bench, where they could have quite a few players playing a massive role. Rob Phinisee was a solid guard a season ago, who can space the floor and run the point, making him a good backup guard for this team. Trey Galloway provides some size, shooting, and toughness needed to be a good option off the bench. Khristian Lander was flat-out bad a season ago, but if the former five-star recruit can figure it out a little bit, he could prove to be a valuable piece for this team. Micahel Durr adds a true rim-protecting big man, something they don’t have with Jackson-Davis, Thompson, or Kopp.

There’s quite a bit to like with this Indiana team, the pieces fit pretty well together, and unlike last year, there’s actually floor-spacing and offensive creativity around likely All-American Trayce Jackson-Davis. That is not only something to be excited about but there are still quite a few players that could contribute for this team to be more than just a Tournament team.

Tamar Bates has pro potential and if he can be a second or third scorer, this team has that to count on as well. While Khristian Lander’s path to minutes may be limited, if he figures it out he could add an extra dimension to this offense. Plus what if Trayce Jackson-Davis adds upon his range, becoming someone that teams can’t overfocus on in the post. All those things and more are why Indiana might be the most fascinating team to watch in the Big Ten this season. If things click, they could crack the top end of the Big Ten standings and compete for a Final Four. There’s also a chance that things flame out and Indiana struggles to be anything more than they were a season ago. Either way, I can’t wait to see how things unfold.