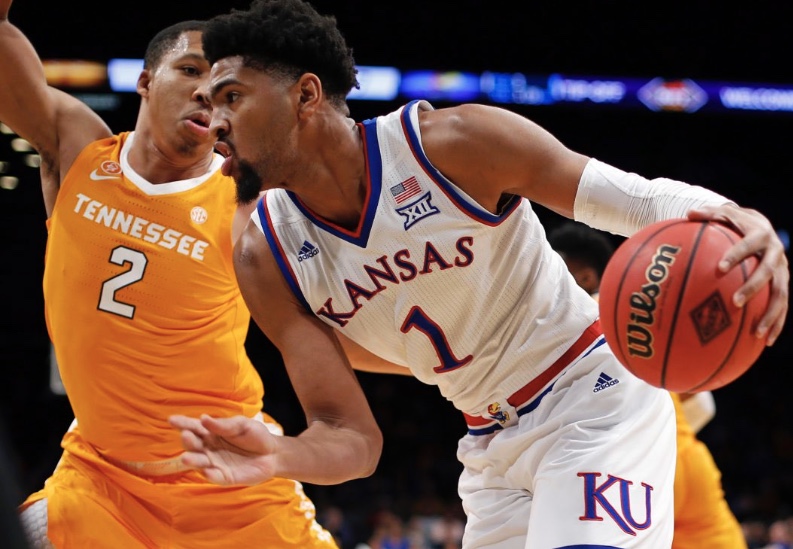 We are about two months into the College Basketball season, which means we have a little bit better understanding of how the Player of the year race is shaping up. There are definitely a few favorites, however, no one is standing out as the heavy favorite. I am doing things a bit differently with the structure of this, as I will break it down with the favorites, then look at some outside players who could challenge.

Player of the Year Favorites

Zion Williamson is many people’s Player of the year pick and it is pretty easy to see why he is. Zion Williamson has been spectacular to start the season, he is such a great player all the way around, as he can score and rebound at a high rate. Williamson is an unbelievable athlete, as he can literally jump over the backboard, which has created many highlights already this season. The one thing that I do think that could hurt him is that he is not the best scorer on his own team and having to share some of the credit with RJ Barrett could hurt his chances at winning the award. Overall Zion Williamson is an unbelievable player, whether or not he wins Player of the year won’t change the fact that he looks to be a great player not only in College but also in the NBA.

There is no better player in College Basketball when they are on than Markus Howard, which makes him a legitimate candidate to win the National Player of the year award. Howard is the clear heart and soul of Marquette and that team goes how he plays and thus far they’ve gone into the Top-20 of the AP Poll, while Howard is on a new level of greatness. Howard put up 45 on both Kansas State and Buffalo, both of which were Top-15 teams at the time of the game. The game against Buffalo saw maybe the greatest half of College Basketball ever, as he put up 40 in the second half. On the season he is averaging 23.9 points per game, while he is shooting 42 percent from three, all of which is ridiculous. The big thing that hurts him in this race is that he does take a lot of shots and his team is good but not great. If Howard can continue to score at this high of a level and Marquette can continue to play at the level they are playing at, he will have a great chance to be a First-Team All-American or even a National Player of the year.

Some thought last year was a fluke with Tennessee and that Grant Williams would be worse off this year, so much so that someone (cough cough Jason McIntyre) had him as the 47th best player in a list of the best College Basketball players. Well thus far Williams has played like an All-American and Tennessee is in the Top-3 of the AP Poll, which is outplaying their high preseason expectations. Williams has continued to get better as well, as he is now averaging 20.1 points, 8.3 rebounds and 4.0 assists per game, which is really good. The one argument against him being National Player of the year is that his teammate Admiral Schofield is also playing at a really high level and got a lot of the credit in the Volunteers win over top-ranked Gonzaga. Williams should continue to play at this high level and he should probably repeat as SEC Player of the year and he has a decent chance at winning National Player of the year.

Rui Hachimura is continuing to play at a really high level, as he is averaging 21.2 points per game, which is tops in the WCC. Hachimura has played well throughout the season and has had maybe the defensive stand of the year when he stopped RJ Barrett three times in a row to seal Gonzaga’s win of the Maui Invitational. Hachimura should continue to probably produce at a high-level but I think his teammates’ success and also his lack of playing top-notch opponents until March will probably hurt his chances at competing for National Player of the year.

Ethan Happ has continued to play really well in his final season at Wisconsin, as he is leading Wisconsin to a good 10-3 start and a spot in the Top-25 of the AP Poll. Happ is averaging 19.2 points and 10.7 rebounds per game, which would line up with those of a National Player of the year. Happ’s biggest issue and the reason he won’t win the award is because he is playing on a Wisconsin team that is good but not great, while other players are putting up similar statistics playing on legitimate National Championship contending teams.

While Zion Williamson gets most of the headlines for Duke, RJ Barrett is the Blue Devils leading scorer. Barrett is averaging 23.8 points per game, which is tops in the ACC in that category. Barett’s ability to score the ball at a high-rate makes him an All-American candidate, however, there are some drawbacks to Barrett’s game. For one, he takes nearly 19.4 shots per game, which plays into a storyline that he is selfish. Barrett is a phenomenal player and a great scorer, however, him being somewhat overshadowed by Zion Williamson and the number of shots he takes are major reasons why he won’t win National Player of the year.

Texas Tech is considered the main challenger to Kansas atop the Big 12 standings and a big reason why has been because of the play of Jarrett Culver. Culver is averaging 19.6 points per game, which is leading the Red Raiders. Culver has had two great games as well against good teams, as he scored 26 against Nebraska and 25 against Duke. His ability to score the ball puts him on this list, however, I don’t think he does enough statistically in other places to be considered a true threat to win National Player of the year.

While the Martin twins get the majority of the credit on Nevada, I think Jordan Caroline has been the best player on Nevada thus far this year. He is averaging 18.7 points and 9.8 rebounds per game, which is really good and he has played well against quality opponents. I don’t think he’s a legitimate candidate to win National Player of the year but I do think he could potentially be an All-American if Nevada continues to roll in the Mountain West.

There is a big argument as to who the best player on Virginia is but for my money I would say De’Andre Hunter is. Hunter is only averaging 14.5 points per game, which isn’t great but it is hard to score a lot of points on Virginia because of the pace they play at. I’m not going to sit here and say Hunter is a legitimate National Player of the year candidate but I do think he will make an All-American team if Virginia continues to play at the level most expect them to be at this season.