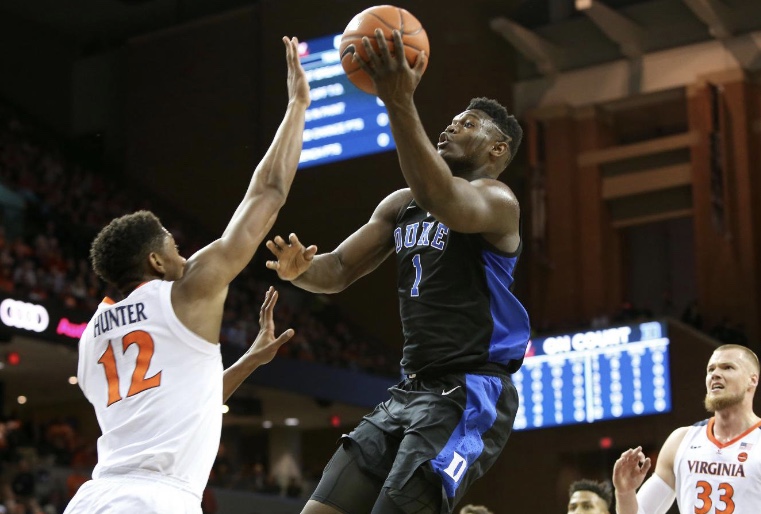 The regular season is over and we are heading into Championship week, this means it is a good time to rank in order the top teams in the country. For this edition I have decided to rank it in order of teams I am most likely to pick to go far in the NCAA Tournament to the team I think is least likely to do so. Think your team is too low, it probably means that your team is going further than I think because I will stink with my Bracket picks. Without further introduction, here are my Power Rankings with a description for each team.

1.Virginia: The Cavaliers have the least amount of weaknesses, they have size, NBA talent, shooting and experience, what else could you want?

2.Gonzaga: The Bulldogs have the best front court in the country, a great and experience guard, and a great shooter. Killian Tillie or not, this team is good.

3.Duke: This team is expected to get Zion back this week, if he’s healthy this team is as dangerous as it gets. The Blue Devils from a talent perspective can beat anyone.

4.Texas Tech: The Red Raiders have a Top-5 player in the sport and a great defense, if this team is shooting well, they can be a dark horse title contender.

5.North Carolina: The Tar Heels have the ability to run teams off the court, they play at an explosive speed and a team without a great defensive point guard, that team could struggle with Coby White.

6.Tennessee: The Volunteers have a great duo with Admiral Schofield and Grant Williams and a good point guard in Jordan Bone, this team is definitely good enough to win the National Championship.

7.Kentucky: The Wildcats have a great front court with PJ Washington that could easily win the title, the question is whether or not the trio of Ashton Hagans, Keldon Johnson, and Tyler Herro can play consistently.

8.Michigan State: The Spartans need to be healthy but if Nick Ward comes back they will maybe have the best big and best guard on the court at all times, that could help them make a run to the Final Four.

9.Houston: The Cougars may not have the most talent in the sport but they play hard, defend hard and can occasionally light it up. I’d be surprised if they made a National title run but it isn’t out of the question.

10.Michigan: The Wolverines offense lost them a Big Ten title but it wouldn’t be crazy if Jordan Poole got hot or something like that and then they are back in the National title game.

11.Kansas State: The Wildcats offense isn’t great but they can hit shots when needed, plus they can defend at an extremely high level.

12.LSU: The Tigers have some potential NCAA issues that could distract them, although their team is very talented and can win some games.

13.Virginia Tech: The Hokies need a healthy Justin Robinson to be good but if he’s healthy they could make a deep run.

14.Buffalo: The Bulls have depth, talent, and experience, plus a star player in CJ Massinburg. this team should be a pretty trendy Final Four pick.

15.Purdue: The Boilermakers have won the Big Ten title, if you are good enough to do that, a deep NCAA Tournament run isn’t out of the equation.

16.Villanova: The Wildcats either lose in the second round or win the title, if they can win their second round game, they are going to win the NCAA title by recent trends.

17.Kansas: The Jayhawks haven’t been good by comparison to most Kansas teams but a Top-5 coach in Bill Self could have some tricks up his sleave.

18.Florida State: The Seminoles are the deepest team in College Basketball, a run in the NCAA Tournament isn’t out of the equation.

19.Wofford: the Terriers have the best shooter in College Basketball history, if he goes off the Terriers can win a lot of games and maybe win a title.

20.Wisconsin: Ethan Happ is really good, they can go deep with him, although the Badgers could get upset early.

21.Iowa State: The Cyclones have a team that can always get hot and win games, they play the perfect style to win games.

22.Maryland: The Terrapins have a pretty good overall roster, they just are too young to make a run to the title, although a Maryland Final Four run isn’t crazy.

23.Marquette: the Golden Eagles have struggled as of late but when Markus Howard goes off, they can beat most teams in the country.

24.Nevada: The Wolf Pack made a Sweet 16 run and they return a lot of their players, however, with the way they play in the first half, an early exit is manageable.

25.Mississippi State: The Bulldogs have the talent and experience to make a second weekend but at some point they probably run into a team with better players that will beat them.