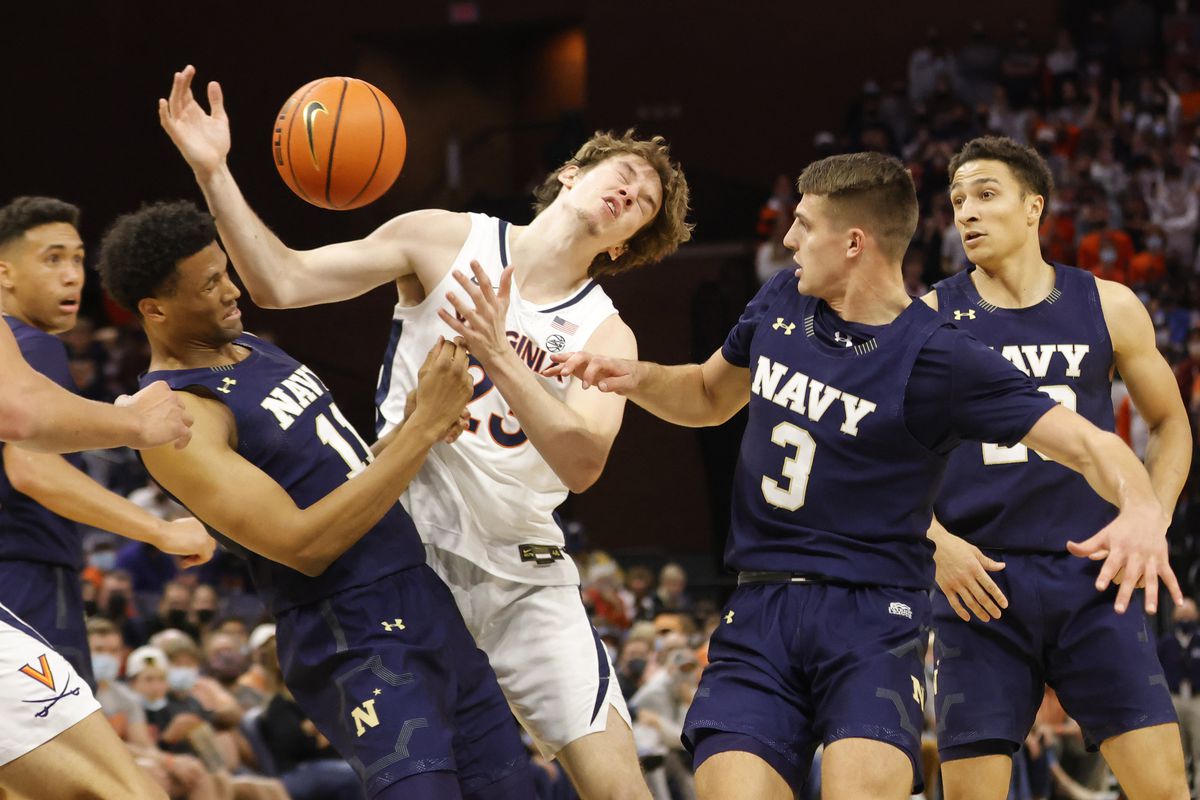 The first week of College Basketball is in the books and that means it is time for a brand new edition of the fraud Power Rankings. I will be happy to note that only one team from the preseason Power Rankings, that team knows who they are, and the rest of those teams were able to impress me enough to remove them. The preseason rankings were always going to be somewhat off with so much unknown but after one week there are plenty of overreactions to be made and plenty of new people to be called frauds, so let’s dive into the list.

I didn’t expect this team to prove me right this early in the season, but honestly thank you for doing that Virginia as that made my job that much easier. The offense is still not great, Jayden Gardner has been better than I honestly thought he would be, but the rest of the offense is bad. This team went 6 minutes without a basket against Navy and it was simply because Navy decided that they were going to give Virginia wide-open three-point attempts with their late-game defensive strategy. Spoiler alert, Virginia missed them all. The worst part is that the defense isn’t as elite as it has been, so this team can’t win games 52-50 as they did in 2020. Hopefully, they pick it up on the recruiting trail and add some offensive pieces because they need that to return to being the Virginia program we all know.

I will leave Duke out of this because they didn’t do anything wrong and proved to be good to start the season. The rest of this league however won’t get the same benefit of the doubt. Virginia is already on here on its own, but elsewhere Pitt lost to the Citadel, Miami lost to UCF, Georgia Tech lost to Miami-Ohio, and even Florida State ended their long win streak against Florida with a loss. Add to that North Carolina gave up 87 points to an Ivy League team and this league stinks. Color me not impressed but disappointed in this league, I expected this type of play from the Pac-12, but not from a league that claims to be the best basketball conference in the sport.

Houston played two single-digit seeds all season long a year ago but made the Final Four so people gave Houston its props, which is totally fine. That said, this season the Cougars were expected to be on the same level, I expected that myself, as did many others, so I blame myself partially. That said, struggling to Hofstra is not a good way to start the season and has me looking back to that run as being an effect of an easy region as opposed to this team actually being one of the four best teams in the sport. As for this year’s team, have fun finishing second to Memphis, who is clearly a better basketball team this season.

As much as it pains me to put a mid-major team on the fraud power rankings, Louisiana Tech left me no choice but to do so. Kenneth Lofton Jr has gotten off to a slow start as has the entire team. I didn’t expect them to beat Alabama but I thought they would give them a game, instead, they were run out of the gym from the start and never had a chance at winning. Add to that an unimpressive showing against Jackson State and I have been left unimpressed by this team early in the season.

So this was supposed to be the team that got Nebraska out of the cellar of the Big Ten? I think not. The Cornhuskers are simply not a good basketball team, Bryce McGowens is fun and will lead them to a few victories but Alonzo Verge will shoot them out of games by being the inefficient chucker that he is. Losing to Western Illinois just further proved that this team won’t do anything of consequence this year, aside from maybe beating a couple of bubble Big Ten teams.

The Spiders were a team that battled through injuries, Covid outbreaks, and more for much of last season, which gives them a legit excuse for not making the NCAA Tournament. The excuse this year is that they just aren’t a good basketball team. Losing a winnable game against a not-that-good Utah State team is not an ideal way to start the season and at this point, I am out of the Spiders. As for Chris Mooney, it might be near time to pack your bags, as his tenure in Richmond might be coming to an end.

With AJ Green getting injured a season ago, the Panthers NCAA Tournament hopes were dashed but with a healthy AJ Green, paired with a good core of returning players, this seemed to be the year where Northern Iowa got it together. Wrong, the Panthers lost back-to-back games to Nicholls State and a Vermont team that was missing its best player. This team is not good and can already kiss their NCAA Tournament hopes goodbye.