The NBA Draft is drawing closer, so I thought it would be important to release my final big board to decide where I think each player stands against all the other players in this NBA Draft. For this big board, I will give my rankings for the Top-100 players, with the Top-30 players being given a brief scouting report. This board is based on my personal thoughts on all of these players and will not be based upon what teams will actually do pick wise. Following the Big Board, there will be one Final NBA Mock Draft which will be based upon where the picks currently are at with the intention to predict where I think each player gets picked in the NBA Draft. I want to thank you for reading this and will welcome any feedback that you might have.

Williamson is a big player size wise at 280 pounds but the thing that stands out most is that he has never seen before athleticism and has the ability to score at an extremely efficient rate inside. I think Williamson will be at a bare minimum a future All-Star but if he can develop a jump shot, he could be one of the best to play the game.

Ja Morant skyrocketed up big boards this season as he combined to use elite athleticism and passing ability to become one of the best players in the country. Morant, of course, has the highlight real plays but the thing that will set him apart will be his ability to see the court at an elite level, which is something he displayed many times with Murray State.

Potentially the best scorer in this draft is RJ Barrett who led the ACC in scoring last season for the Blue Devils, Barrett is a crafty lefty who is a good scorer inside the arc but he is missing a consistent three-point shot. I think Barrett will be very good if given the ability to lead a team if he develops a consistent jump shot he will likely be an All-Star.

The NBA is always looking for 3 and D type players and there is no one in this draft better than De’Andre Hunter as he is a great shooter from deep while his length and speed will allow him to guard multiple positions on defense. He probably isn’t an All-Star level player at the next level but with his tools, he’ll be a great role player for whichever team picks him.

Jarrett Culver is most people’s fourth-best prospect entering into the draft and that is because of his ability to create his own shots and defend at a high level. I think the thing that makes me a slight bit lower on him is that his jump shot isn’t great right now, I would want to see that improved before putting him over Hunter.

Coby White is a really good scoring guard as he can create his own shot while shooting at a high level and having great speed. He isn’t necessarily a true point guard but his ability to score the ball at an elite level does interest me.

Garland missed most of last season due to a knee injury, which may have helped him a little bit as teams didn’t see some of his weaknesses. Garland is a good shooter and athlete while being regarded as a player that can create shots for others.

The second best athlete in this years NBA Draft is Brandon Clarke, who despite a short 6’8” frame is poised to go in the lottery. Clarke is a great rebounder, shot-blocker, and low-post scorer, overall he is a unique prospect that should fit in nicely in the NBA.

Cam Reddish struggled last season playing at Duke, however, he does have all the tools needed to be a potentially great NBA player. Reddish has shown flashes of good shooting, while he has really good size and a wingspan that teams look for that will help them overlook his College career.

The first international player drafted should be Sekou Doumbouya who has great size, athleticism and inside scoring ability. He will need work with his jump shot but he still looks poised to be a good NBA player.

Jaxson Hayes has great size and athleticism that makes him one of the more interesting prospects in this draft. Hayes is relatively new to the game of basketball which means that there is room for growth but already he should be able to be a good rim-running and shot-blocking big man.

PJ Washington is a strong and athletic player with an elite ability to score inside and a 7’3” wingspan. Those tools made him one of the most unstoppable players in College Basketball last season when he got going.

Rui Hachimura is one of the best athletes in the sport while having some good ball-handling ability and being a good inside scorer. The defense and jump shot still needs work but I do believe he has plenty of room for growth at the next level.

Grant Williams is one of the smarter players in the NBA Draft as he can make good passes while scoring inside and rebounding are two other things he’s good at. His jump shot is still unproven and he has a lack of size but in the right fit, Williams should instantly make the team he is on much better.

One of the more interesting players in their years draft is Kevin Porter who has shown at times the ability to be a good scorer and athlete but has dealt with inconsistency issues and character issues. If he gets the right people around him, Porter has the potential to be an All-NBA player but there also is a chance teams strike out with him and he’s out of the league in five years.

One of the better bigs in this draft include Goga Bitadze who has shown the ability to score around the basket and block shots at a high-level. Bigs are not particularly a thing teams are looking for these days but he definitely has the ability to make an impact in the league.

Romeo Langford’s college career was somewhat of a disappointment but he still should be a good NBA player based on his ability to create his own shots and defend at a high level. His shooting is still a major issue but if he can fix that he’ll be a good NBA player.

Alexander-Walker is a good overall player as he can play on and off the ball, while he is a better scorer playing off the ball, he can create shots. He isn’t the best athlete but his size helps make up for a lack of athleticism.

Tyler Herro projects as one of the best shooters in this draft as he is a good three-point shooter and free throw shooter while having the size and toughness to defend at a high-level.

Chuma Okeke is a player that has elite level size, speed and the ability to hit shots which made him one of the best players in the sport last season. He will likely be out all of next season with an ACL tear but when he does come back he will definitely be a player that teams will look to invest in.

Mfiondu Kabengele is a player that can stretch the floor while playing at the five, he also has good size, strength, and athleticism that will translate to the next level.

Keldon Johnson is a good scoring guard off the dribble that has the ability to make plays, defend and rebound, he doesn’t stand out in any way but he’s definitely a solid player.

One of the players who impressed most at the Draft combine was Luka Samanic who used his ability to score inside, shoot and stretch the floor to move up draft boards.

Carsen Edwards was a high-volume scorer who does the majority of his scoring off the ball, while he has the athleticism that helps him get by despite his small frame.

Cam Johnson is the best knockdown three-point shooter in this draft which is something teams will look for in this draft, it is also helpful that he is as tall as he is which allows him to shoot over some defenders.

KZ Okpala is a player that dramatically improved upon his shooting ability last season which opened up his game to show off his athleticism and playmaking ability.

One of the players that have impressed as of late is Nic Claxton who has used his ability to stretch the floor and play high-level defense to impress at the combine and other events.

Dort is a big bulky guard that uses his athleticism and strength to be one of the better defensive players in this draft. If he can fix his jump shot look for Dort to be a starter in the NBA.

There may not be a more intriguing prospect in this class than Bol Bol, as he can create shots and is lethal from beyond the arc, yet he has a lack of strength and defensive ability that will get crushed at the next level. I don’t think you can play him any time soon but I do think if you put him in the right system he could turn out to be somewhat good. 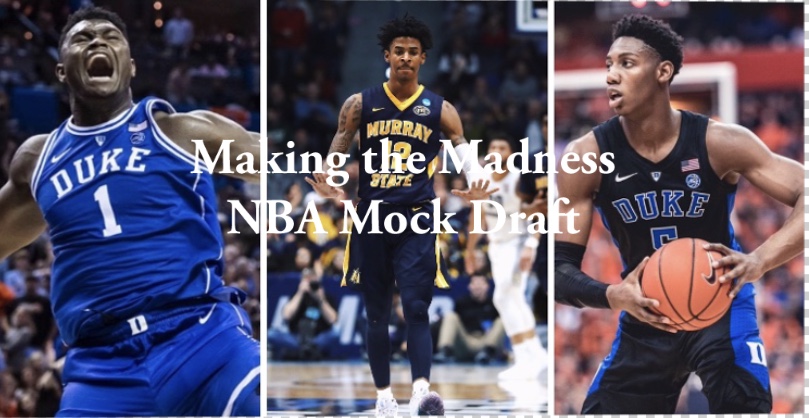 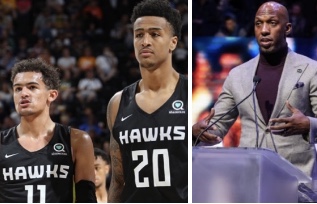 Winners/ Losers of the NBA Draft 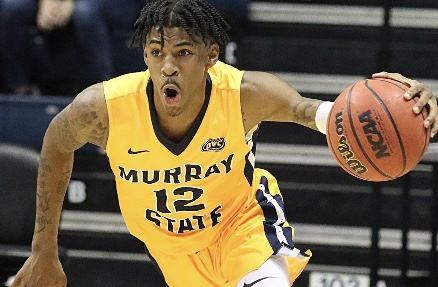