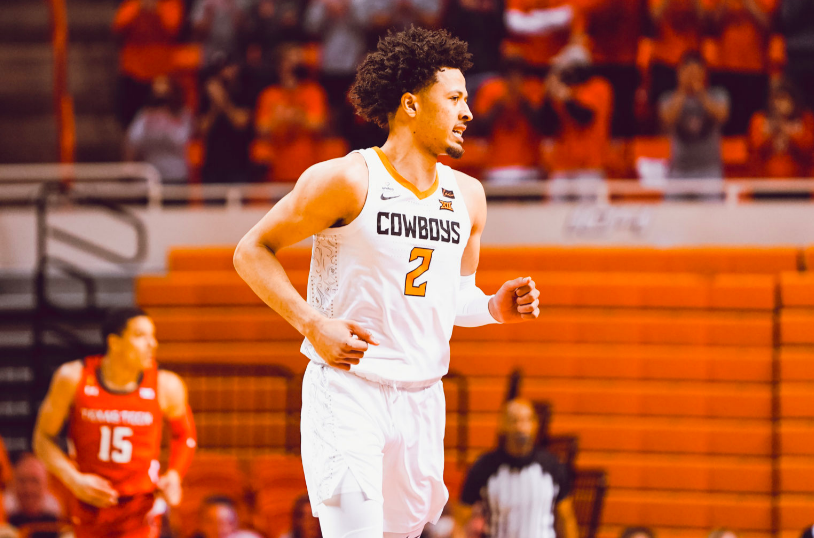 The NBA Draft lottery has been set and the Detroit Pistons won the draft lottery and the likely opportunity to draft Cade Cunningham. With an excellent top group of NBA prospects and a great collection of potential role players waiting in the wing, this Draft should have everything. Let’s dive into a post-lottery NBA Mock Draft.

Cade Cunningham is the clear top prospect in this class, his mix of size, ball-handling, and shooting makes him a can’t miss prospect. The Pistons have a real chance to pair Cunningham with a young core of Killian Hayes, Saddiq Bey, and Isaiah Stewart, which should lead them to be a contender sooner rather than later.

The Houston Rockets need just about everything and while not a clear #2 prospect, Jalen Green is a player that can bring scoring and athleticism that will make a major impact for the Rockets next season. The Rockets have a couple of guys in Kevin Porter Jr, and Christian Wood that could be good pieces for the future but Green should be the best player on the team right away.

I do believe Jalen Suggs to be the best player left at this point but the Cavaliers can’t fit in another point guard with Collin Sexton and Darius Garland already on the roster, so insert Evan Mobley. Mobley is a 7’0 big man that has the potential to be one of the best defensive players in the NBA, while offensively he has a really good skillet to make him a future All-Star, making him a perfect fit at the five for the Cavaliers.

The Toronto Raptors are in a great spot no matter which of the Top-4 prospects drops to them. With the potential for Kyle Lowry to sign elsewhere, Jalen Suggs is a perfect replacement as he has elite size, vision, and athleticism to be a great lead guard in the NBA, combine that with the fact that he seems to have an “IT” factor about him and this is a great selection, set to lead the Raptors into the future.

The Magic will have their picking of multiple Magic-like players but I think they go with Kuminga at the fifth selection. He’s big and strong, with a great wingspan, although he’s not a good shooter he can score, he will pair nicely with pieces such as Cole Anthony, RJ Hampton, and Chuma Okeke.

The Thunder have more than enough draft picks to improve their rebuild, I think starting by getting a versatile player  in Scottie Barnes is a good selection. Barnes could play point guard, while he’s a good defender, although he does need to improve his jump shot, he’ll pair nicely with Shai Gilgeous-Alexander and Lugentz Dort.

With Klay Thompson coming back, the Warriors will be looking to compete for a title next season, so at this point, it would be good to go after a high upside piece like Keon Johnson, who’s an excellent athlete and while probably a year or two away from being a scorer, he can contribute elsewhere right away.

By drafting Kuminga with their first selection, drafting a wing prospect in Moses Moody that has proven himself to be a very good scorer in College. With Moody, I don’t see All-Star upside but they don’t necessarily need that, getting a solid scorer and defender is a good addition.

The Kings already have a good guard tandem, so focusing on wing help is much needed for the Kings. Wagner is an elite defender and a good shooter, making him a good addition to pair with De’Aaron Fox, Tyrese Halliburton, and Buddy Hield.

The Pelicans need shooting and who better to get than a highly explosive lead guard that shot 44% from three in Davion Mitchell. Mitchell can play the lead guard and move the core-three of Lonzo Ball, Zion Williamson, and Brandon Ingram off the ball, which is another plus to this selection.

The Hornets have a pretty clear hole in their lineup at the big man spot, so adding a Day one pro in Alperen Sengun will be enough to likely lead the Hornets to the playoffs next season. Sengun is a good post-up candidate on offense and as we’ve seen, having size is something that is underrated in the modern-day NBA.

The Spurs have some solid young pieces in Keldon Johnson, Dejonte Murray, and Lonnie Walker, but Josh Giddy just adds to their wing help. He’s a rising draft stock player who can make plays on the court while he projects as a good defender, making him a solid contributor right away.

I have many question marks with Johnson when it comes to him deciding to leave Duke mid-season but at this point, the Pacers should be taking a flyer to help their needs right away. Johnson is a versatile forward that is athletic and can be a good scorer long-term.

A third splash brother? While that will probably not be the case with Duarte, he’s a perfect fit as a three-and-D wing that can shoot it a high-level from three. He’ll fit in very nicely alongside Curry, Thompson, and Green.

The Wizards rallied late to make the playoffs behind Russell Westbrook and Bradley Beal but the future is in question. Getting a gifted scorer in James Bouknight who can play off the ball, and projects as a good defender will be beneficial.

The Thunder have a good core of pieces already but the one thing to improve upon is shooting and adding a playmaking shooter like Tre Mann will be a good fit. Mann shot 40% from three, while he’s capable of running the point or playing off the ball as well.

The Grizzlies are coming off a playoff appearance, so they should feel that they are in a win-now situation when entering this draft. Adding a veteran three-and-D wing in Corey Kispert should help them make the playoffs again while they look to improve upon their standing next year.

The Thunder have shown a willingness to draft high-upside pieces before and Ziaire Williams certainly fits that bill. Williams isn’t a great shooter yet but he can create shots for himself while he should at a minimum project as a good defender.

The Knicks are coming off a playoff appearance but an issue came as they were not able to score up to par with the Atlanta Hawks. Insert an instant bucket in Cameron Thomas, who’s an elite scorer, although he will still need to improve elsewhere in hisgame.

The Hawks are still in the playoffs right now but they will always be looking to add more talent. Kai Jones is a 6’11 forward that has the quickness, athleticism, and shooting to match many guards, which is a rare trait at his size.

The Knicks continue to add scoring, this time adding a First-Team All American in Ayo Dosumnu. Dosumnu is a guard that can play both on and off the ball, while he’s a good scorer and a winner.

The Lakers could always use some shooting and a third scorer, which is exactly what Johnny Juzang could provide. Juzang is a good shooter who is a tough shot-maker, he’d be a very good fit coming off the bench next season.

The Rockets have already added Jalen Green, a great off-ball piece, so Sharife Cooper is a good addition to be the lead guard. Cooper is an electric passer and playmaker but will need time to develop, making him a good fit in Houston.

While helping their backcourt will be big, so will be adding a high-ceiling big man. He’s a prototypical elite shot-blocker and rebounder, he needs time to develop but with the Houston Rockets, that shouldn’t be a problem.

The Clippers seem to be set at the guard spot, so trying to get a high-upside good defender like Usman Garuba will be beneficial. He could come in and contribute big minutes in the playoffs.

The Nuggets had the NBA MVP in Nikola Jokic but they need more guard help, insert Miles “McBuckets” McBride. McBride can run the point while he has the size and shooting to play off the ball.

The Nets season could be considered a failure, given the talent on the roster this past year, meaning it’s time to look at filling holes. Robinson-Earl can play the five and is a solid defender, making him a good fit for a team that struggled could use help in both departments.

The 76ers could use some more shooting and offensive creation at the guard spot, making Jared Butler a good fit. He can play on and off the ball, shoot the ball at a high level and defend, which mixes well with a 76ers team looking for guard help.

The Suns are looking to build upon their current success and taking a high upside piece could be beneficial. He’s a good athlete with the skill set to be a great shooter and defender, he might spend a couple of years in the G-League but has a high upside.

The Jazz are a great three-point shooting team built well around Rudy Gobert. While they fell short of goals this season, adding another shooter that brings a little bit more size in Trey Murphy could be beneficial towards them making a Western Conference Finals next season.

Making the Madness Final Big Board and Mock Draft 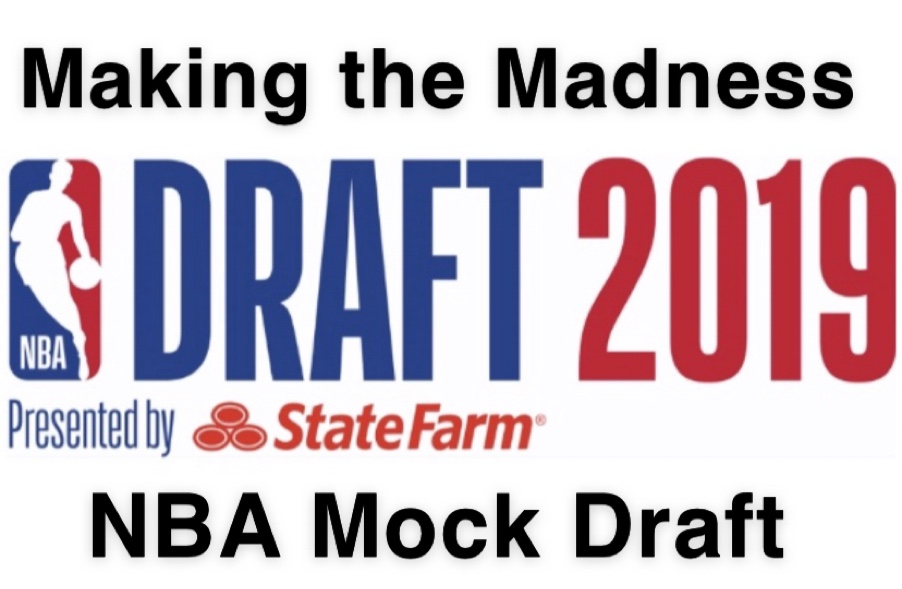