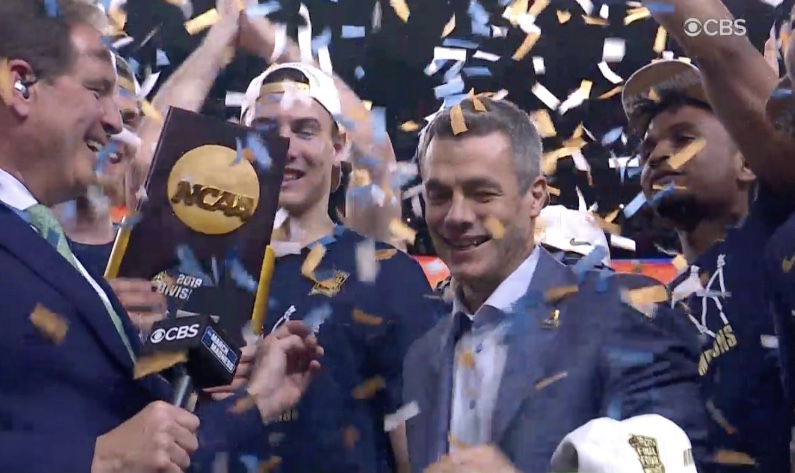 The 2019 season is over and the Virginia Cavaliers are the National Champions. It is now time for the Final Rankings of the season. These are based on teams overall resume, mixed with their tournament success, so some teams could wind up being higher or lower than you may have originally thought. Without any further introduction, here are my Final Rankings.

1.Virginia: The Cavaliers are National Champions of College Basketball. Last year they became the first team to lose to a 16 seed when they lost to UMBC, this year they won it all. This is a remarkable run was capped off some memorable games that Virginia was able to win.

2.Texas Tech: The Red Raiders made it to their first ever National Championship game and it had no part to do with luck. Their defense was great, while they made timely shots, they may not have lifted the National Championship trophy this year but they will have a chance to do so in the future.

3.Michigan State: The Spartans advanced to the Final Four by knocking off Duke, as a result, they are ranked ahead of the Blue Devils but behind the two teams that played in the National Championship.

4.Duke: The Blue Devils earned the number one overall seed by having the best overall resume when Zion Williamson was in action. Obviously, they won’t be ranked in the Top-3 because of a loss to Michigan State but I will put them at 4 because their overall body of work was much better than in addition to the fact that they beat Auburn on a neutral court as well.

5.Auburn: The Tigers made a late-season run, which saw them win the SEC Tournament and advance to the Final Four. Their regular season wasn’t great but their tournament run earns them a spot in the Top-5.

6.Gonzaga: Gonzaga was dominant all season long especially in WCC play, the reason they end at number six is the fact they lost to Texas Tech.

7.Kentucky: The Wildcats completed a season where they finished second in the SEC Tournament, entered into the NCAA Tournament as a two seed, and went to the Elite Eight. The Wildcats ended up one or two shots away from the Final Four but they were not able to make it to the Final Four, so therefore the season is a failure (sarcasm included).

8.North Carolina: The Tar Heels were the first one seed to lose and they did so to a red-hot Auburn team that went to the Final Four. They had a good resume but with losing early they drop down to 8 in the final rankings.

9.Purdue: The Boilermakers had a really successful season as they won the Big Ten regular-season title, got a three seed in the NCAA Tournament, they were one rebound away from a Final Four. This team snuck under the radar for a lot the year but their March validated their season.

10.Tennessee: The Volunteers had a somewhat disappointing season based on early season success, as they got ranked number one in January but they fell off and missed out on winning the SEC regular season and tournament titles, while they didn’t advance to Elite Eight. It was a good season but I still think you can make an argument that this season was somewhat of a disappointment.

11.Michigan: The Wolverines started the season 17-0 with wins at Villanova and against North Carolina but eventually the fact that they didn’t have great offensive players came back to bite them as they didn’t win the Big Ten regular season and Tournament titles, while they lost in the Sweet 16 badly to Texas Tech.

12.Houston: The Cougars had their most successful season since 1984 as they advanced to their first Sweet 16 since that year. They also were able to finish with a 33-4 record, while they won the AAC regular-season title.

13.Florida State: The Seminoles had a pretty good season as they finished fourth in the ACC, earned a four seed and went to the Sweet 16. They were a trendy pick to make it out of the West Region but they lost to Gonzaga in the Sweet 16.

14.LSU: The Tigers had a great season as they went out and won the SEC regular season title, which was incredibly fantastic to watch. As a three seed, the Tigers went to the Sweet 16 before losing to Michigan State.

15.Virginia Tech: The Hokies had their greatest season in program history as they captured their third straight NCAA Tournament bid and advanced to their first Sweet 16 in the modern era. The Hokies better have enjoyed these past three years as their program is taking a big hit with Buzz Williams leaving for Texas A&M.

16.Kansas State: The Wildcats accomplished their regular season goals as they won the Big 12 regular season title and went into the NCAA Tournament as a four seed. The big issue that the Wildcats faced in the tournament is that Dean Wade wasn’t available for their game against UC Irvine.

17.Kansas: The Jayhawks season was pretty bad as they didn’t win the Big 12 regular season title for the first time in 15 years. This obviously is a disappointment but this happened because they lost Udoka Azubuike, Lagerald Vick, and Silvio De Sousa for the season.

18.Buffalo: The Bulls had their most successful season in program history as they won the MAC regular and postseason tournaments, went 31-4 overall, and earned a 6 seed in the NCAA Tournament, even though the season ended with a loss to Texas Tech, their season was still really good.

19.Maryland: The Terrapins had a really successful season as they were one of the top teams in the Big Ten and made it into the NCAA Tournament as a 6 seed, while they were close to beating LSU in the Round of 32 and advancing to the Sweet 16.

21.Murray State: The Racers were a good team all year long, which was led by Ja Morant, who was fantastic this season in leading the Racers to the Ohio Valley Conference Championship, while his triple-double led Murray State to an upset win over Marquette.

22.Villanova: The defending champions had a somewhat disappointing season as they struggled to a 6 seed and lost in the round of 32. Still, they won both the Big East regular season and tournament titles, which isn’t bad for a bad season.

23.Marquette: Marquette had a great season in the making as they started the season 23-4 but they finished the season losing 6 of their last 7 games, to miss out on winning the Big East regular and postseason titles, while a loss to Murray State had them missing out on an NCAA Tournament win.

24.Oregon: The Oregon Ducks had issues adjusting to their youth early but they adjusted and made a late-season run that won them the Pac-12 Tournament and had them making the Sweet 16.

25.Wisconsin: The Badgers had a solid season as they went 23-11 overall and entered the NCAA Tournament as a 5 seed, they lost early to Oregon though, which was a disappointing end to a great career for Ethan Happ.