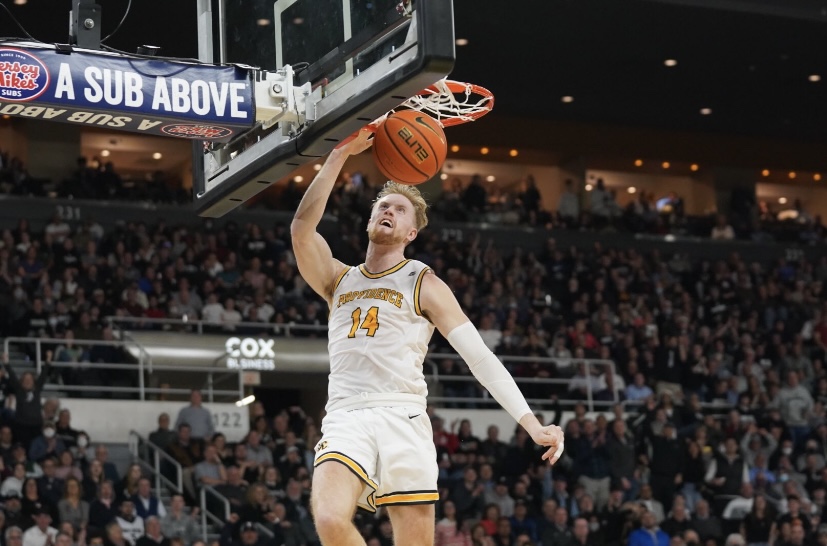 March Madness picks back up with the Second Round of the NCAA Tournament, there will be more upsets, more Madness, and maybe a buzzer-beater, so let’s dive into the action.

The Second Round tips off with a matchup of recent National Champions, as North Carolina faces off against Baylor. The Tar Heels are fresh off a blowout win against Marquette, Brady Manek has become a real go-to option as shown in that game, Armando Bacot is a great big who can score and rebound inside with anyone. Add to that Caleb Love and RJ Davis who can both handle the ball and get theirs and when clicking this team fired on all cylinders. Baylor won in blowout fashion to get here, the Bears are long and athletic defensively and pair that with good guard play from James Akinjo and Adam Flagler. There may be injury concerns when it comes to the Bears but in March you can manage around that. The question comes down to which team can establish their playing style, Baylor will want to slow this game down while North Carolina would like to run in transition. Baylor is my pick to win this game, as I trust the defense and Akinjo’s ability to control the pace more than anyone for North Carolina.

The 1-9 matchup in the second round will see a really interesting matchup as the high-flying Jayhawks take on the injury-riddled Blue Jays. Creighton beat San Diego State in overtime to get here, but lost Ryan Kalkbrenner in the process, making it two of their starting five out. Trey Alexander and Arthur Kaluma have shown promise along the way and while this result is unknown, the future looks bright. Kansas has Championships aspirations, with a group of veterans including Ochai Agbaji, this team is hoping for a deep Tournament run. The Jayhawks have looked great as of late, Remy Martin is coming on, while they are solid at every spot. The Blue Jays’ best hope is to try to slow the tempo and make this game played in the 50s, which isn’t a sound recipe. I’ll roll with Kansas to win this game running away.

The first second-round matchup involving a double-digit seed will see the Michigan Wolverines go up against the red-hot Tennessee Volunteers. Michigan beat Colorado State behind a strong second half and good performances from Caleb Houstan and Frankie Collins, which helped aid the fact they were without DaVante Jones. While Jones may return, the Wolverines’ key to winning involves heavy usage of big-man Hunter Dickinson, who is a terrific scorer inside. The Volunteers are fresh off of a historical SEC Tournament title and a win against Longwood. They have a good guard tandem of Santiago Vescovi, Kennedy Chandler, and Zakai Ziegler, but more than anything they defend well. The Volunteers come into this game as the favorite for good reason but to think Michigan is going to roll would be mistaken. This game should be pretty close but at the end of the day, I trust the Volunteers to pull it out in the clutch mostly due to their defensive capabilities.

The luck of the Friar continues, as they avoid the red-hot Iowa Hawkeyes and instead get the also hot Richmond Spiders, who knocked off the Hawkeyes en route to the second round. The Spiders have caught fire at the right time, two weeks ago many were reminiscing about how this Spiders Senior core didn’t achieve what they should have. Now they’re a win away from a Sweet 16 thanks to Jacob Gilyard’s two-way ability, plus Grant Golden and Nathan Cayo stepping up and making key shots. Their opponent is also prone to stepping up when it matters most, the Friars aren’t the most efficient team but are excellent in close games. Al Durham and Jared Bynum make tough shots, Nate Watson is a good interior big and they defend super tough. Both these teams will muck it up and try to win this game by not scoring 60, a perfect College Basketball game. In the end, I’ll roll with the team that wins close games to once again do just that.

The 4-5 matchup is usually pretty competitive, but none may be more fun to watch than this West Coast battle. The Gaels are coming off a blowout win against Indiana and are playing as well as anyone in the sport. Tommy Kuhse and Logan Johnson make up one of the most underrated backcourts in the sport, while the rest of the rotation is filled with shooting, size and this team wins by running great offense and defending tough. UCLA is expected to win these types of games, fresh off a tough win against Akron, the Bruins remain nearly unbeatable in the NCAA Tournament. They maybe haven’t taken a huge step forward but with elite wings in Jaime Jaquez and Johnny Juzang, matched with Tyger Campbell, this team has the moxie to advance to another Final Four. The Bruins on paper have more talent and that is good enough to win them this game, that said, St. Mary’s is so good at executing sets, finding easy baskets and they won’t back down from a fight, which is why I like the Gaels to advance.

The mid-major matchup of all mid-major matchups will see the Peacocks on St. Peter’s, fresh off a historic win against Kentucky, taking on a now 31-2 Murray State team. The Peacocks had never won an NCAA Tournament game but Shaheen Holloway’s team rode behind a hot night from Daryl Banks and Doug Edert to secure a win. Murray State outlasted San Francisco in overtime, Tevin Brown and KJ Williams are a fantastic duo, who have stepped up all season long, including Thursday night. This team is great at scoring, tough defensively, and looking to make a Sweet 16. While the Peacocks are a terrific story, their offense is inconsistent, this game really should belong to the Racers as they advance comfortably into the Sweet 16.

The penultimate game of Saturday will see a New Mexico State team fresh off an upset taking on a surging Arkansas team with a chance to go back to the Sweet 16. The Aggies rode Teddy “Buckets” Allen to the tone of 37 points and an upset win against UConn. Allen has been everywhere but his presence this season for the Aggies is what has helped them win the WAC and make it to the Second Round, granted he will need help for them to beat Arkansas. Eric Musselman’s Razorbacks went through a rough patch mid-season but have played spectacularly since. JD Notae has emerged as a go-to scorer, Jaylin Williams is the perfect modern big, and they have experienced role-players throughout. Much like both teams’ previous matchups, this game will be low-scoring, and while Teddy Allen will be able to keep this game within reach, at the end of the day, I’ll go with the team that has JD Notae to win.

There aren’t many teams that can match up with Drew Timme and Chet Holmgren, but a DeAndre Williams-Jalen Duren frontcourt is one of the few that actually can. The Tigers have size up front with that duo, length, and athleticism on the wing and are playing their best basketball of the season. From that point alone, this game should be competitive, but the question comes down to whether the Tigers can make enough shots. For Gonzaga, they’ve been the team to beat for two years now, Timme is an elite scorer inside, Chet Holmgren is a freak of nature but what separates this team is guard-wise. Andrew Nembhard has been fantastic and he’s got shooting on the wing to help him out. Memphis will be a trendy upset pick but I think that’s a poor call, the Bulldogs will force turnovers, push the pace, and score in transition while making this a track meet, which is why the Bulldogs will wind up pulling away with this one.