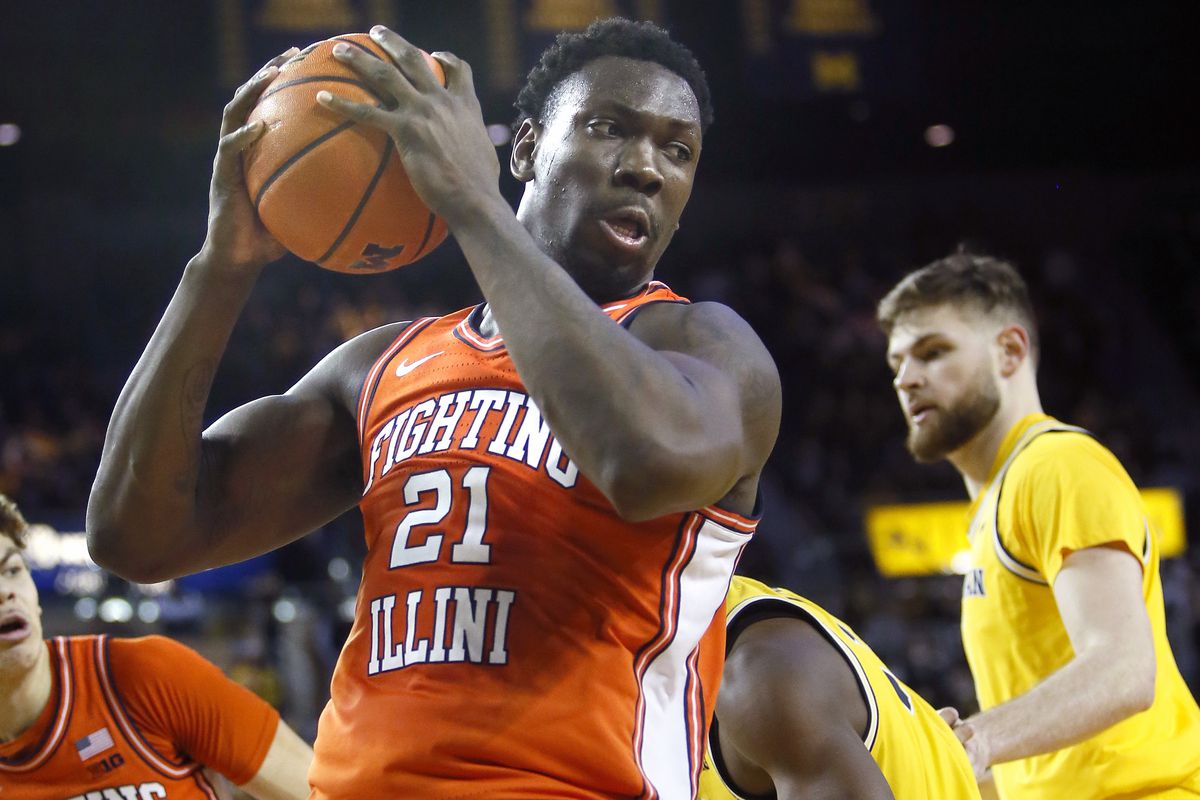 The best weekend in sports wraps up today and while the first weekend of Madness may be wrapping up, it left us with an abundance of great storylines, upsets, and plenty more. That said, let’s hope we can get a little more chaos today.

Coming off a miracle win against Chattanooga, the Illini survived and advanced to play what will be a tough Houston team. Houston shut down a pretty good UAB team and had an offensive explosion but this will be a different test. The Cougars have not beaten a Top-5 seed since 2018 and had the historically easiest Final Four path in NCAA Tournament history a season ago. For them to make the Final Four, they will have to beat tough teams like the Illinois Fighting Illini. The Illini have a dominant big man in Kofi Cockburn but add to him a group of shooters in Trent Frazier and Alfonso Plummer. The Cougars will guard Cockburn well inside with bigs like Josh Carlton and Fabian White, but the Illini have the shooting to offset that. If you know me, you know I’m not predicting a Houston victory here, this is a team that is great against teams they can outmatch athletically but Illinois is not one of those teams.

One of the premier matchups of the second round will see the dynamic duo of Malaki Branham and EJ Liddell go up against the Collin Gillespie-led Villanova Wildcats. The Buckeyes got by Loyola-Chicago thanks to a great defensive performance, but this team is more known for their offense. Malaki Branham has emerged as the secondary option, while EJ Liddell is a clear Top-7 player in the sport and that makes them dangerous. Villanova is as old as it gets, Collin Gillespie is a five-year veteran who encompasses a leader that you would want. Add in quality scorers in Justin Moore and Jermaine Samuels, with a great defense and this team will be a tough out. While Villanova is a great team, they aren’t going to overwhelm Ohio State athletically and that’s a concern, especially when Ohio State has two excellent players. Contrary to the popular belief, I’m rolling with Ohio State to come out with a close upset victory.

Izzo vs K for one last time, that’s the storyline as the underdog Michigan State Spartans go up against Duke to advance to the Sweet 16. Michigan State is coming off a close win against Davidson, behind a terrific performance by Joey Hauser. This Spartans team has good shot-makers but is definitely missing an alpha that they can rely upon to score 15 points or more and that’s why this team has struggled. Duke has all the talent in the world, Paolo Banchero is an elite four-man who can run offense and score, Wendell Moore is a good passer, AJ Griffin is an elite shooter and Mark Williams is a 7’1 shot-blocking machine. The question about this team is whether they can make a run in the Big Dance, especially with some of their defensive concerns. That said, the Blue Devils have more scoring, reliable production, and still should win this game running away.

In what will probably be the best fan atmosphere, the clutch Wisconsin Badgers will take on the defensive-minded Iowa State Cyclones. New Head Coach TJ Otzelberger has this Cyclones team playing elite defense and that makes them a tough matchup. Izaiah Brockington is a mid-range master, while Tyrese Hunter, who is best known for his defense and passing, drilled 7 threes to help get Iowa State to this game. Their opponent Wisconsin also loves to defend, they are elite defensively but have a superstar in Johnny Davis to help lead them and he did just that with 23 against Colgate. If you’re wanting a high-scoring shootout, don’t watch this game. Every basket will be contested, nothing will be easy but in the end, the team with the superstar (Wisconsin) will prevail and move onto the Sweet 16.

One of the more interesting matchups of the second round sees one of the great offensive teams in the sport, Notre Dame goes up against one of the best defensive teams of all time, Texas Tech. In 10 of the 11 Tournaments we’ve had since the First Four was added, a team has advanced to the Second Round and this year’s team is the Notre Dame Fighting Irish. The Irish stretched the floor and created major matchup advantages against Rutgers and Alabama, they have bigs that can shoot in Paul Atkinson and Nate Laszewski, and good guard play. Their opponent Texas Tech has an elite-level defense, this team switches 1-5, runs a no-middle defense that terrorizes their opponents, and dominates games on that end. Bryson Williams and Kevin Obanor make up a great frontcourt, while they have good guard play alongside it. The Red Raiders will try to muck this game up and that is where I believe Notre Dame gets in trouble. The Irish have the size to match but playing Texas Tech is a different challenge, so give me the Red Raiders.

Miami got by a close game against USC to advance to the Second Round and now will get their chance to bust some Brackets as they face the second-seeded Auburn Tigers. The Hurricanes have a great backcourt, Isaiah Wong and Kam McGusty are both elite-level scorers, while Charlie Moore runs the show at the point. Size may be an issue as they go up against one of the best frontcourts in the sport, as Walker Kessler is one of the premier defenders in the sport, blocking shots around the rim at will, while Jabari Smith is a 6’10 bucket-getter. This is a distinct matchup where both teams feel they have an advantage. Smith and Kessler should be able to overpower a small Miami frontcourt, that said, Miami has the better backcourt with the three-headed monster in the backcourt. This game will be a close one, I don’t trust the Auburn backcourt enough to predict a blowout. That said, I’ll still take the Tigers to advance back to the Sweet 16.

One of College Basketball’s best defenses (Texas) will take on the best offensive team in the Purdue Boilermakers. The Longhorns will dominate on the defensive end, they have switchability and toughness, but can they score? The Horns have good pieces in Andrew Jones, Marcus Carr, and Timmy Allen but all of them are inconsistent, to say the least. Speaking of inconsistency, that’s Purdue’s defense, which is less than good. Fortunately, they make up for it with an elite offense, Jaden Ivey is an electric athlete who gets to his spot with ease, Trevion Williams is a great low-post scorer and passer, while Zach Edey is a good post scorer and is 7’4. To say this Purdue team can be a matchup issue would be an understatement. While Purdue has shown better defensively, their issue is against bigs that can shoot, which Texas doesn’t necessarily have. While Texas will have a good offensive output, at the end of the day I’m rolling with the more consistent Purdue offense to get it done.

The Arizona Wildcats oftentimes have an extreme athletic advantage and that is enough to make a difference but of any 8-9 team, TCU is the one that can match up athletically with them. TCU ran Seton Hall out of the gym in a rout, their length can be a matchup issue, as can Mike Miles who is a next-level player. The question becomes what can they get out of the other guys as they hope to pull off an upset. Arizona will match with size, shot-blocking, and some elite offense. Bennedict Mathurin is a second-team All-American who can score from all over, Christian Koloko blocks shots like it’s going out of style and the rest of the roster has quality shooters, which makes this team dangerous. The Horned Frogs will give Arizona issues, wouldn’t bet against TCU leading at the half even, at the end of the day it’s hard to beat this Arizona team for 40 minutes and that’s why I’m rolling with the Wildcats.