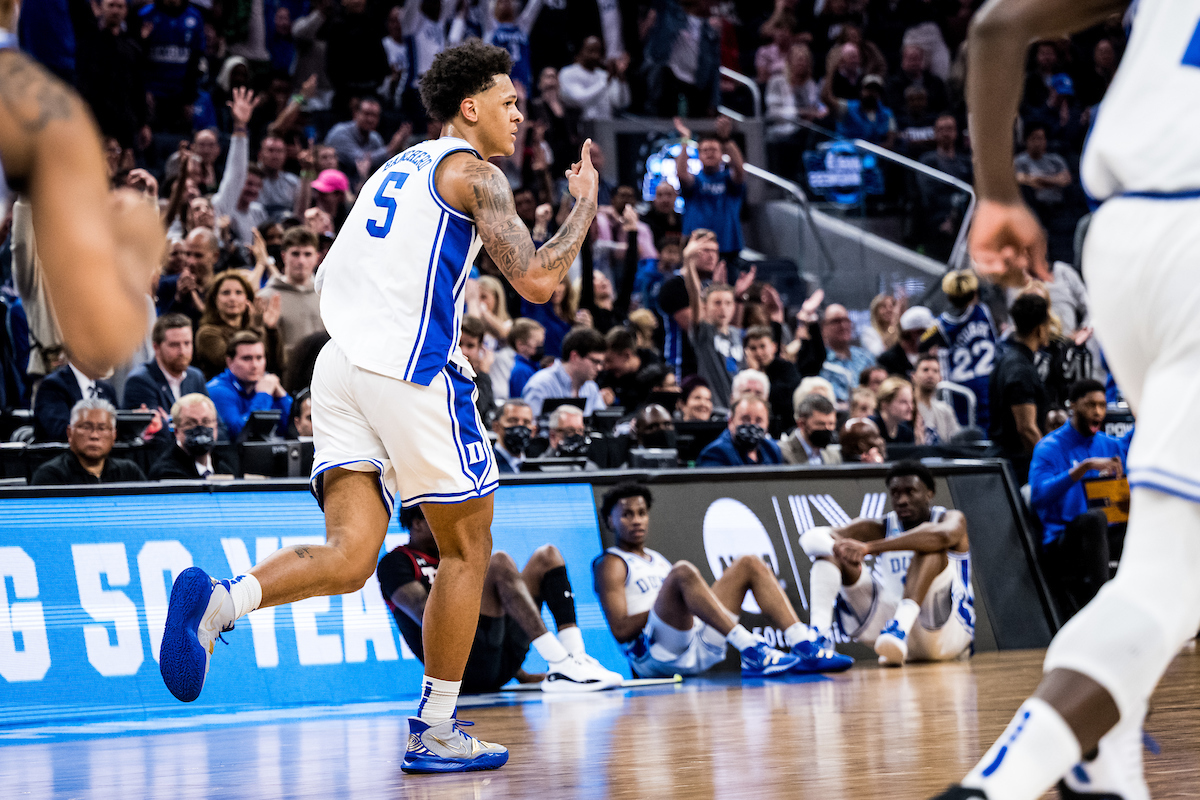 There are few times in this sport where we get four of the best programs in the sport altogether at once, but this year’s Final Four is one of those rare feats as there are four historically great Final Four teams. Going by seed order, we have the winningest program of all time, Kansas. The only program with multiple titles within the last decade, Villanova. The program with the winning coach of all-time in his farewell season, Duke. Plus, the program with the most NCAA Tournament wins of all time, North Carolina. Simply put, this is as good of a Final Four on paper as we’ll ever get, so let’s dive into the matchups.

The first matchup of the Final Four will see the gritty and tough Villanova Wildcats going up against the last remaining one seed, the Kansas Jayhawks.

The Wildcats have gotten here by way of defensive toughness, timely shot-making, and pure experience. This team doesn’t have the talent you would expect from a National Championship team but the grit might be enough to make up for it. Without Justin Moore, the Wildcats’ path gets tougher but that also would make a title feel even better for Jay Wright’s team.

Collin Gillespie is the captain, while he’s not played as great in this tournament, he’s made so many great plays this season, being a terrific passer, clutch shot-maker, and leader. Jermaine Samuels is the #2 option, he’s a great option at the 4-5 spot, driver, and finisher around the rim. Brandon Slater is a good glue guy, he defends, and rebounds but will need to provide scoring for Villanova to win. Eric Dixon is a solid interior option, he can score in the post and defend inside but isn’t a star. The key will be getting Caleb Daniels to step up, he’s provided scoring off the bench but moves into the starting spot needing to make an immediate impact.

The Jayhawks come into this game having all the makings of a title team, with plenty of high-level scoring and plenty of experience. The Jayhawks didn’t play great throughout the season and Tournament but seem to be hitting their stride at the perfect time.

Ochai Agbaji won Big 12 Player of the year, while he’s not been great in the Tournament, he’s a great scorer, efficient shooter, and good defender. Remy Martin has hit his stride in the Tournament, he’s a great scorer and passer, who has taken over when the offense has sometimes stalled out. Jalen Wilson has been terrific on the boards, while he provides shooting and driving to help out at the 4 spot. Christian Braun is a tough guard, who can score at a high level and plays with all the intangibles. David McCormack is the most hot and cold player you can find, when on, he’s an elite rebounder, scorer, and takes over games, that said, he’s not always playing to that level. Add in DaJuan Harris, who starts at the point and provides a lockdown defender and high assist-low turnover ratio and this team has a really good six-man rotation.

This matchup will be greatly dictated by Villanova’s ability to slow the tempo in this matchup. If this game gets played in the 70s and 80s, Kansas will roll as Villanova simply doesn’t have the scoring and depth to get into a shootout. Do expect the Wildcats to slow the tempo down and make it ugly, especially in the first half. The Wildcats will have to hit tough shots from Gillespie and Daniels, plus get a good performance from Samuels to have a chance, which is very much possible. At the end of the day, Kansas probably just has too much firepower, they will have a good defensive game plan and Remy Martin should be able to score on Gillespie based upon his quickness, while Agbaji and Braun are also due for good performances as well.

North Carolina-Duke, the greatest rivalry in sports gets the biggest edition of the game in the rivalries history as they for the first time ever match up in the NCAA Tournament and do it in the Final Four nonetheless. To say this game will be of great historical significance would be quite an understatement.

North Carolina comes into this game playing their best basketball and figuring out their roles. While early on the Heels struggled to find a lineup that worked consistently, they have found their iron-five and have ridden it to the Final Four. Many of the midseason questions were about whether Hubert Davis was the guy, but he’s turned it around and is two wins away from immortality.

Armando Bacot has been the best player on this roster, he’s a great scorer on the block, an elite rebounder, and has made so many hustle plays to help lift the Tar Heels to wins. Caleb Love had the signature game of this run against UCLA, he’s a streaky, but confident three-point shooter, who can score in bunches and hit the two biggest shots of the Tournament for this team. RJ Davis runs the point and has done well putting his teammates in a spot to succeed and has had a signature performance himself against Baylor. Brady Manek has been a jolt to this Tar Heel team, his ability to space the floor at the four spot has been big. Leaky Black fills out the starting-5 and is the perfect glue guy, he can run the offense, can drive to the basket, plus is an elite defender.

Duke came into this NCAA Tournament having more talent than anyone else but was unsure if they could get Coach K a final Championship. Obviously, the main storyline was how this team would handle adversity in the farewell Tour, thus far it’s been by making timely baskets to lift the Blue Devils to clutch victories.

Paolo Banchero has been the star for this team, he’s a great scorer but more than that can score off the dribble and has worked well as a passer. Mark Williams provides the Blue Devils with an anchor inside on the low-post, as he can defend around the rim and score inside with ease. Jeremy Roach has been a consistent second option offensively, making tough shot after tough shot in this Tournament, while helping the Blue Devils get to this spot. Wendell Moore acts as a good defender, who can run the offense, and score off the drive and he just brings a calming influence at the guard spot. AJ Griffin provides the team with a knockdown shooter on the wing, while he does have the size to play as a small-ball four in some situations. Trevor Keels has come off the bench in this Tournament but still provides this team with a good scorer off the drive although he can be a little too shot-happy for what’s best for this team.

On paper, Duke should have the advantages at most of the spots on the court but North Carolina will also have a perfect game plan to stop this team. Leaky Black will guard Banchero, Brady Manek will hope to stay with Griffin, while the Heels will hope to try to create matchup advantages inside with Bacot. This strategy worked in the last game and led them to a win. Look for Duke to maybe counter defensively by putting Moore or Griffin on Manek and trying to have similar success defensively. The question really comes to which guards can step up and which team can make the timely shots. On the guard question, I like North Carolina but in terms of which team I trust to make big shots, that is Duke. This game will be a classic, both teams will get theirs offensively and with four minutes left, the result will be in the balance, give me Duke on a Banchero game-winning jumper as they advance to the title game.