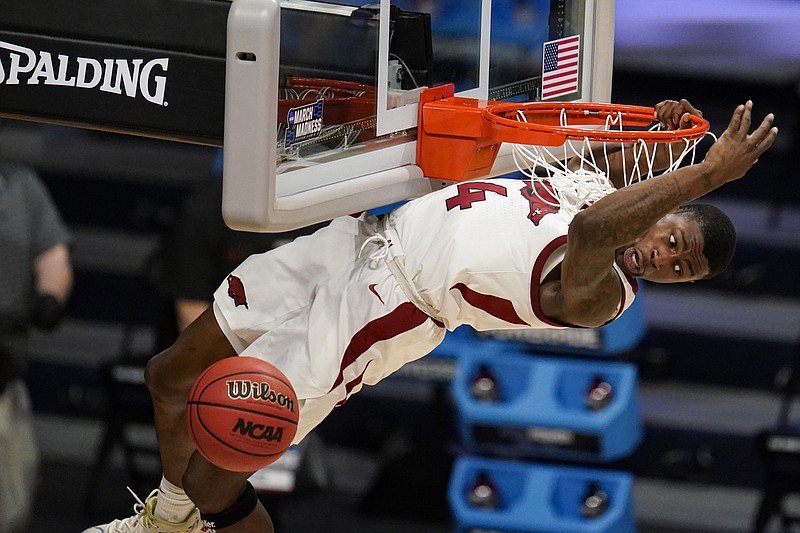 A decade ago, basketball was an afterthought in the SEC but as we head into this season, the league is quickly becoming one of the top conferences in College Basketball. With expansion on the horizon and a league that is on the rise, I figured the SEC would be a good league to start with for my ongoing breakout candidate series. With breakout candidates, there’s no set stats or anything I’ll set a basis on, however, every breakout candidate will be from a player that did not transfer into this program the previous season, let’s dive into the SEC.

There is no better player to start this list off by starting with Devo Davis, who I think becomes a monster this season. Davis made his mark on the defensive side of the ball last season but really started to emerge as the likely point guard of the future for the Razorbacks. Davis will continue to be an elite defender, but with a development of a jumper and the improvement of him as a scorer, he will be one of the best players in the SEC this season.

Coming off the bench a season ago, Juwan Gary was a fun player to watch when he played. While undersized, he played minutes at the five, proving to be a solid switchable defender, he was rather efficient inside. Gary won’t exactly come in and become a big-time scorer yet, they have other scorers in front of him, but I think he will maybe move into the starting spot at the five while helping Alabama contend for an SEC title.

After being a solid overall player for a tournament team in Missouri a season ago, Kobe Brown is likely to move into the leading role this season. Brown is a modern-day four-man, he’s a solid scorer, although he still needs to develop upon his jump shot. Assuming he improves as a jump shooter, while he also will step into a leading role, he could become one of the top players in the league.

Mississippi State has been hammering the transfer portal to find key role players but one role player seems to be hiding right under their nose. Derek Fountain is a perfect modern-day four-man, he’s a good shooter, has solid length, and really started to show out late a season ago. He should start at the 4, play big minutes for the Bulldogs, and be a key piece in potentially leading Mississippi State to the Tournament.

With almost the entire program transferring out, the door is wide open for a PJ Horne breakout season. Horne is a talented player, he’s a solid shooter, and defender who will probably have the ball put in his hands more. Look for Horne to have a really solid overall season scoring the ball as he likely becomes the primary piece for Georgia.

The Buzz Williams era is off to a poor start but this season could be the year they get on the right track thanks to internal development. Hassan Diarra came out as a solid recruit but really wasn’t able to get in a rhythm thanks to major COVID pauses. With an offseason to improve, plus a regular season of play, Diarra should get better throughout the season and be a quality guard for Texas A&M.

While Vanderbilt brings in a couple of nice transfer additions to help their roster, the biggest X-Factor might be the improvement of Myles Stute. Stute is a 6’7 combo forward who struggled in year one but did show flashes of him being a capable scorer. With a full more time playing the four in line for him, Stute should step into a bigger role in which he starts and produces for the Commodores.