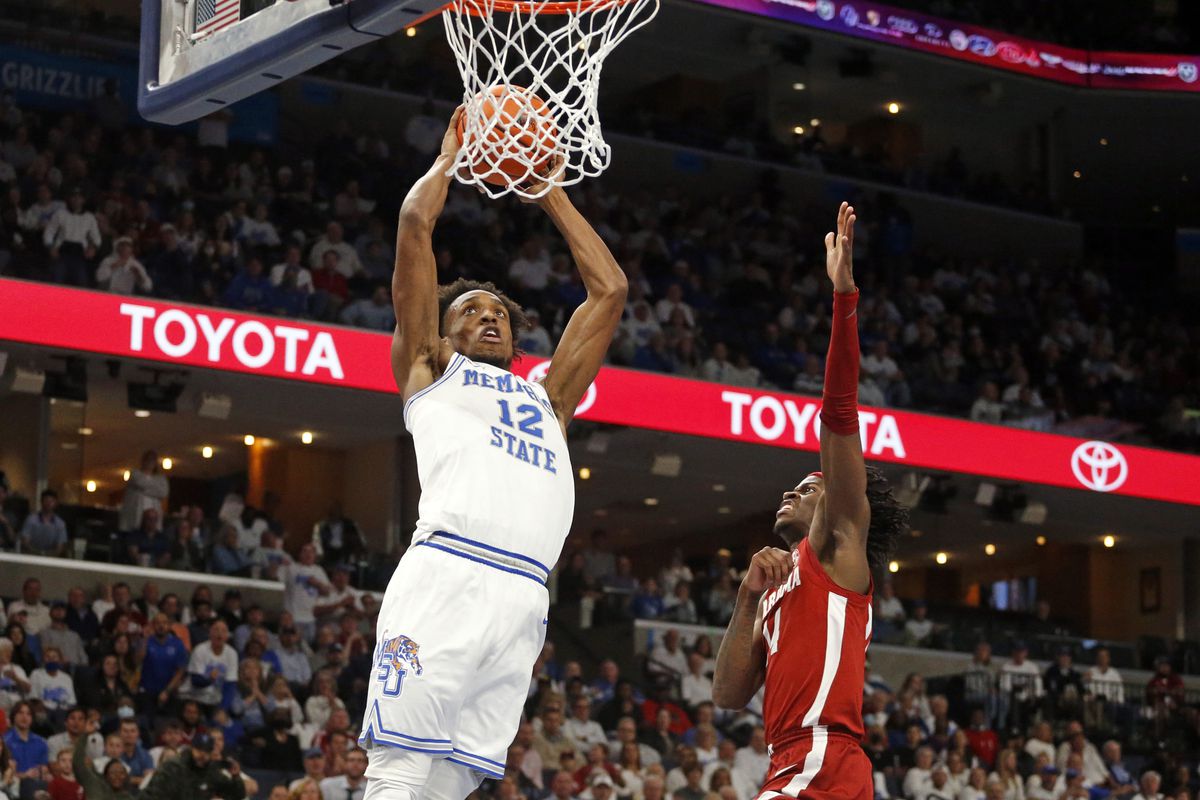 Due to a slow slate of College Basketball, the daily roundup did not take place yesterday, but it returns today with recaps of Tuesday’s action. Memphis returning to form and beating Alabama obviously gets the main headlines of the day and will be touched on at the start, but there were plenty of other key matchups to dive into as well, so let’s dive right in.

Coming into this season, this seemed to be a heavyweight matchup between two potential Top-10 teams, although Memphis’ struggles took away from that. The Tigers had lost four straight games to Iowa State, Georgia, Ole Miss, and Murray State, with Alabama and Tennessee on deck for this week, the Tigers seemed poised to be under .500 at weeks end. Instead, the Tigers pulled off a victory that could only be described as Memphis finally living up to their potential.

The Tigers had everything clicking, they guarded the perimeter well holding Alabama to 30% shooting from three, they defended the rim inside, and even won the turnover battle. They then took advantage of their size advantage, burying the Tide in the paint, with DeAndre Williams and Jalen Duren scoring 34 points combined. In the second half, it was the upperclassmen alongside Duren who were key. Nolley drilled three threes, Tyler Harris and Lester Quinones got in the scoring action, Alex Lomax was solid. While I don’t mind the idea of starting Emoni Bates and seeing if he’s got it tonight, Penny used him well, when he was missing, he took him off the court, which I reckon was the thing that the Tigers players wanted from the start. Sure, Bates is talented but if he’s not making shots, he’s not worth playing minutes right now.

The Tigers still have a big week in front of them as they will play Tennessee, if they can win that, at 7-4 entering American play, alongside two Quadrant one wins, the Tigers would be back in position to make the NCAA Tournament despite some early-season struggles. If not, they very much are still behind the eight-ball entering American play when it comes to making the NCAA Tournament. As for Alabama, this loss doesn’t change much of the perception of them, they still can beat any team on any given night, but their three-point volatility, while good at times, can also lead to losses that they maybe shouldn’t take.

One of the bigger parts of College Basketball is just finding a way to win a game, no matter the fashion of how it was done. For programs like DePaul and Wake Forest, that is why these teams have been cellar dwellers in their own leagues, because they haven’t been able to pull out games that they need to win, such as against UIC and VMI. For DePaul, they trailed much of the second half against UIC, a game that would have dramatically hurt their postseason chances, but in the end, found a way to pull it out thanks to a great performance from Javon Freeman-Liberty. For Wake Forest, it was Alondes Williams who had the big second-half performance to lift the Demon Deacons to a win against VMI. Sure, this isn’t a win that will help either team, but losing these types of games is detrimental to where these teams want to be.

Speaking of survive and advance, that is exactly what Arizona State did against Creighton. In what was a low-scoring second half, the Sun Devils found a way to get a win in a close game, something that had plagued them against UC Riverside and San Diego State. Jay Heath hit what ended up being the game-winning floater to give Arizona State a 58-56 lead, sure Creighton missed a free throw to tie it, but Arizona State still had to make a defensive stand against a driving Ryan Nembhard and they were successful in doing so. This loss is more harmful to Creighton than it is helpful to Arizona State, as the Sun Devils still seem a ways away from getting near NCAA Tournament contention, while Creighton was right on the bubble entering this game.

We can make fun of Pittsburgh and Missouri, or whoever else you would want to put on the worst Power Conference team, but Oregon State has to be leading the race to the bottom. Albeit UC Davis isn’t the worst team ever, they do have a win against Utah State, but Oregon State is now 1-9 on the season, and that Elite Eight run seems like more of a fluke than it does any sort of launchpad for future success.