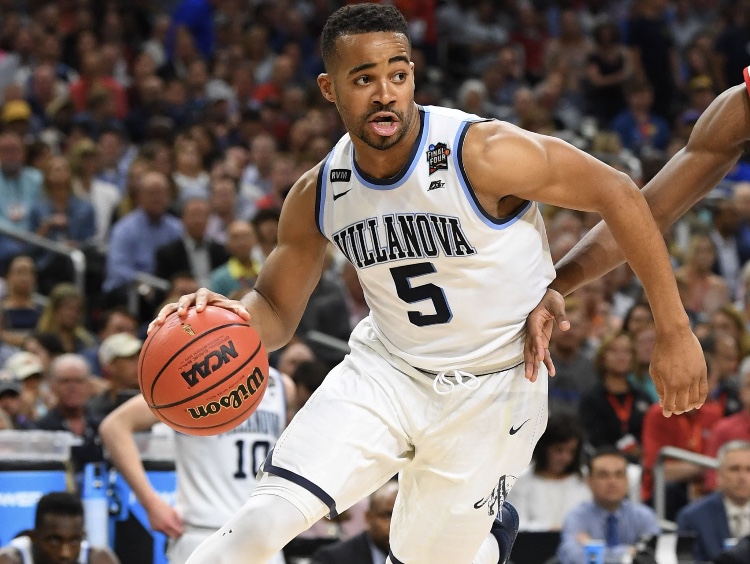 The Wildcats are coming off a season where they won their third National Championship in program history, while it was their second in the last three years. The Wildcats were dominant throughout the regular season, earning a one seed in the NCAA Tournament but they kicked it into high gear in the Tournament as they won all six games by double digits. Following the season Jalen Brunson was awarded the National Player of the year award, as part of his unbelievable season. The Wildcats lose a lot from last years team as Brunson, Mikal Bridges, Omari Spellman, and Donte DiVincenzo all left for the NBA, leaving a new look roster. Phil Booth and Eric Paschall both were starters on last years team that won it all, they will be the team leaders. Joe Cremo comes in to provide leadership, while the Wildcats will lean on young players like Jahvon Quinerly, Collin Gillespie, Dhamir Cosby-Roundtree, Jermaine Samuels Jr. and Cole Swider to play big roles. This team may not be as dominant as some recent teams they’ve had but they still should be the heavy favorites to win the Big East.

The Wildcats have some questions in the backcourt as they don’t have the point guard position locked down, although they do have a great team leader with Phil Booth. Booth has been a huge part of the Wildcats last two National Championships, as he has had some big games for Villanova. Booth is the unquestionable team leader, as he is a selfless player, who likes to get others involved, although he too can light it up. Jahvon Quinerly comes into his freshman season looking to make a lot of key plays for this team, while he hopes to lock down the point guard spot. Albany grad transfer Joe Cremo was a good scorer and good shooter last year, he should start the season and provide some experience for this team. Collin Gillespie should take steps forward in his sophomore season, likely pushing for minutes at the point guard spot, he too is a good shooter and passer. Freshman Saddiq Bey looks to get minutes as a freshman as he can be a versatile defender, while Brandon Slater should get minutes at a guard position. While this team doesn’t have a for sure point guard, they do have lots of good players that will get minutes to help Villanova this season.

Eric Paschall has been a great player for Villanova in years past and that should continue this year as he becomes the go-to guy for Villanova up front. Paschall was a solid scorer and a good shooter from deep for Villanova last season but with a lot of players gone, he becomes one of the key scorers for the Wildcats. Dhamir Cosby-Roundtree is a true center, who should start as he is a good finisher, good rebounder, and a decent interior defender. Jermaine Samuels is a former Top-50 recruit who missed a lot of minutes because of injuries but he looks to provide some more offense while he is healthy this season. Freshman Cole Swider projects to be a step out four on offense, as he can knock down the threes at a high level. This lineup isn’t going to pound teams on the inside but with their shooting ability, they could potentially run teams out of the gym by nailing threes with big guys.

Villanova has put together a non-conference schedule that will give them rematches of their Final two games in the NCAA Tournament. The Wildcats start the season with four straight home games, which includes a November 14th National Championship game rematch against Michigan. They then head to the Advocate Invitational, where they will play Canisius, then potentially Memphis, LSU, or Florida State depending upon how the Bracket shapes. The month of December will be headlined by their Big Five games, where they will play home games against St. Joes and Temple while playing in the Palestra against La Salle and Penn. The Wildcats then will play at Kansas on December 15th in a rematch of their Final Four game from last season. Their non-conference schedule wraps up on December 22nd, when they play former Big East rival Uconn in Madison Square Garden. They will begin Big East play on January 2nd when they play DePaul at home, while they will end the season playing at Seton Hall on March 9th. The Big East Tournament runs March 13th-16th, with the NCAA Tournament starting on March 19th.

The Wildcats have a great culture and great leadership, which is going to be key for the Wildcats this season as they try to integrate a lot of new players. The Wildcats should struggle early in the season relative to recent seasons, as they will probably lose a game or two before conference play begins. Once Big East play begins this team should start to roll, as they look to reclaim the Big East regular-season crown. They will probably lose a few games in conference play but not enough for them not to win the Big East regular-season title. The Big East Tournament will give them another opportunity to pick up some more hardware this season while giving them momentum heading into the NCAA Tournament. In the NCAA Tournament they will have a high seed, however, they will be on upset alert early as most teams will be wanting to knock them off. If they can fight off those types of teams, they will have a legitimate chance not only to get back to the Final Four but also win their third National Championship in the past four seasons.