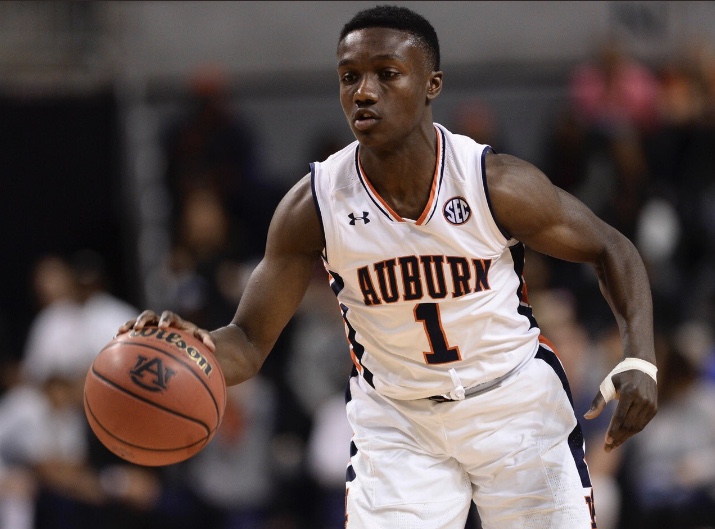 Last year the Tigers overcame a lot of adversity with the FBI Investigation in route to winning their first SEC regular-season title since 1999, while making their first NCAA Tournament in 15 years. The Tigers lost Austin Wiley and Danjel Purifoy both to the FBI Investigation but losing them forced them to play a small-ball death lineup, which was impossible to stop and was one of the reasons that they were able to be so good. The Tigers return a nice core of Bryce Brown, Jared Harper, Anfernee McLemore, Malik Dunbar, Horace Spencer, and Chuma Okeke. The Tigers do get back Purifoy and Wiley for this season, which will help their frontcourt out, while Samir Doughty looks poised to play a role this season. They do lose though Mustapha Heron and DeSean Murray to transfer, both of whom were so important to their success last season. Look for this team to continue to be one of the top teams in the SEC, while they will look to make a deeper NCAA Tournament run than last year.

The Tigers have a great backcourt duo with Jared Harper and Bryce Brown both returning but the questions will come from a depth perspective, as they don’t have as much depth as last year. Bryce Brown is the primary offense on offense, as he is an elite shooter, knocking down 107 threes last year while averaging 15.9 points per game and shooting 38 percent from three. Jared Harper is a great player for the Tigers, as he is extremely quick, a good passer, and he can make shots from everywhere on the court. Malik Dunbar should step in and play the three for the Tigers, he is a good defender, who can knock down some shots from deep. J’Von McCormack will come in and step in as the teams backup point guard, playing minutes when Harper is out. VCU transfer Samir Doughty promises to be a solid shooter off the bench, while he is a versatile player that can guard multiple positions. Danjel Purifoy should play the three a lot this season, he should help provide some shooting, while he can play multiple positions. Look for the Tigers to be in good shape with Brown and Harper leading the way but for them to be Top-10 good they will need players like Doughty, Dunbar, and Purifoy to play big roles this season.

The will return the trio of big men from last season with Anfernee McLemore, Horace Spencer, and Chuma Okeke all returning, joining them will be big man Austin Wiley. Wiley sat out last season, due to the FBI Investigation, however, he should return with vengeance this season. He is a long, athletic, and physically demanding big, who should be an elite player inside. Anfernee McLemore played last year as a long and athletic big, who could block shots at an elite level, while he showed to be a solid scorer on offense. Horace Spencer is another good shot-blocker, who should add to the Tigers frontcourt depth. Chuma Okeke should continue to be a solid contributor for the Tigers, as he is a great rebounder, and a good interior presence inside, which should help the Tigers inside. The Tigers as a group are going to likely better inside, as instead of just trying to play a small-ball lineup with one big guy helping out inside, the ball should go inside more to players like Wiley, McLemore or Okeke.

The Tigers have put together a strong non-conference schedule, which is headlined by a trip to the Maui Invitational early in the season. The Tigers will start the season with three straight home games, which includes a November 9th matchup against Washington. The Tigers then head to the Maui Invitational, there they will face Xavier, and potentially Duke, Gonzaga or Iowa State depending upon how the Tournament shakes out. The Tigers return home to play three more home games, before they will head on the road to play at UAB on December 15th, and at NC State on December 19th. They’ll play two more home games before they will begin SEC play. The Tigers start SEC play at Mississippi on January 9th, with their regular season schedule wrapping up on March 9th when they play Tennessee at home. The SEC Tournament runs March 13th-17th, with the NCAA Tournament beginning on March 19th.

The Tigers will be forced into playing a different style this year, as instead of playing a small-ball death lineup that had the ability to run teams out of the gym, they will be relying more on post-play. While those adjustments are going to be rather drastic, this shouldn’t change the fact that Auburn is one of the best teams in the SEC and a legitimate National Championship contender. Look for the Tigers to start out the season a little bit slower than last year, as they could pick up a couple of early season losses. Once SEC play comes around the Tigers should have most of their player’s roles figured out, which will help them to contend at the top of the conference and get another high seed. Unlike last year, the Tigers will be hoping to make a second-weekend run, while a Final Four birth wouldn’t surprise anyone this year.