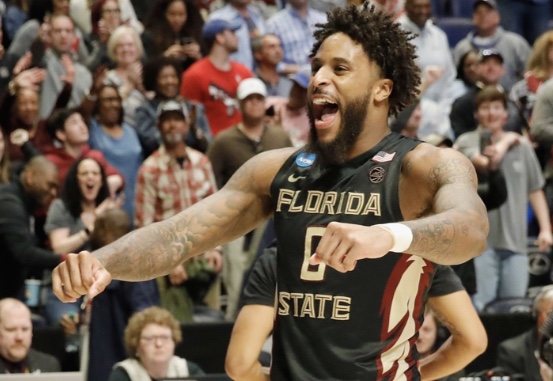 The Seminoles are coming off a season where they made it into the NCAA Tournament as a nine seed but they caught fire in March and made a run to the Elite Eight. In that run, they took out top-seeded Xavier in the second round and they beat Gonzaga in the Sweet 16 before they lost to Michigan 58-54 in the Elite Eight. The good thing about last seasons run is that it was done by a lot of non-seniors, which means most of their players will be back for this season. The Seminoles lose Braian Angola to graduation and CJ Walker to transfer but with players like Phil Cofer and Terance Mann both returning this team should be set up for success this season. Look for this team to have a better regular season, while they look poised to make another deep NCAA Tournament run.

The Seminoles return a lot of pieces this season, headlined by Terance Mann who is a lengthy guard who can score at a high level. Mann is a good driver with the ball, and a great scorer from inside the three-point arc, while he’s a great defender, the only issue he has is that he has yet to show the ability to knock down threes. MJ Walker is a former Top-25 recruit who struggled last year as a freshman but he is poised to have a breakout season as a sophomore. Trent Forrest is going to likely start as the teams point guard, he is a quick guard who is great in transition. Albany transfer David Nichols is a guard who can score the ball and distribute at a high level. PJ Savoy is the teams best three-point shooter, who has the potential to get hot in games. Devin Vassell is the teams only freshman, he will be getting minutes this season, although it would be crazy to see him having too big of an impact this season. Anthony Polite is a versatile wing who is sometimes a good scorer but will be known for his defense off the bench. Wyatt Wilkes is a lengthy guard who should get more minutes as a sophomore this season. Once again Florida State has put together a roster that has a lot of depth, which does fit the Seminoles system where they like to outplay other teams.

The Seminoles have a good front court this season as they bring back their leading scorer in Phil Cofer to go along with two twin towers of Christ Koumadje and Mfiondu Kabengele. Cofer is a versatile forward who is great on the defensive end, while he has the ability to score from anywhere on the court. Christ Koumadje is the tallest player in the ACC at 7’4”, that height allows him to be able to be a great rim protector, while he is a good rebounder. Mfiondu Kabengele is a bigger player but he can score more effectively inside, and he is also a good rebounder. RaiQuan Gray is a redshirt big man, who has a big frame, which should allow him to rebound at a high level while being a good interior scorer. Having these players inside should help make the Seminoles one best defensive teams in the ACC while being a mismatch nightmare for teams in March.

The Seminoles have put together a tough non-conference schedule that will challenge them but it will give them an opportunity to get a higher seed in the NCAA Tournament if they get a couple of wins. The Seminoles start the season on November 6th playing in-state rival Florida at home. They then will head to Orlando to play in the Advocare Invitational over Thanksgiving, that field includes LSU, Memphis, and the defending National Champions in Villanova. The Seminoles will host Purdue on November 28th as part of the ACC/ Big Ten Challenge. The Seminoles have two neutral site games in December, one on December 8th, where they will play Uconn as part of the Never Forget Tribute Classic in Newark, and one on December 22nd when they play St. Louis in Sunrise Florida as part of the Orange Bowl Basketball Classic. The Seminoles begin ACC play on January 5th playing at Virginia, with the regular season ending on March 9th, where they will play at Wake Forest. The ACC Tournament runs March 12th-16th, with the NCAA Tournament starting on March 19th.