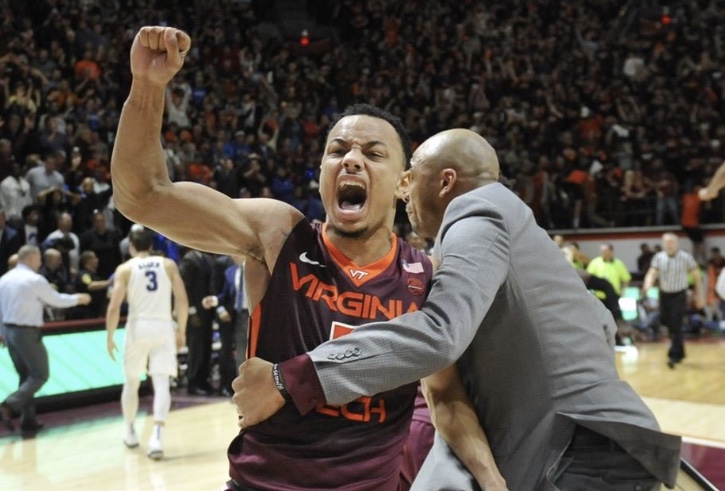 After making the NCAA Tournament the past two seasons the Hokies are now looking like a Top-25 team that could make a deep run in the NCAA Tournament. They lose Justin Bibbs and Devin Wilson but those two shouldn’t be that big of a loss as they should be able to fill those minutes, while other players look to play bigger roles this season. The star player is Justin Robinson, who was a second-team All-ACC player last year as a junior, he should be solid. Elsewhere, Nickel Alexander-Walker, Ahmed Hill, and Kerry Blackshear should continue to be good players around Robinson, while other players like Chris Clarke, PJ Horne, and Wabissa Bede look to be solid rotational pieces. The addition of Freshman Landers Nolley should be key, while the return of Ty Outlaw will be key in providing some experienced depth. This roster only has one true big guy, which means you should continue to see a small-ball lineup, which could help make the Hokies a dangerous team on the offensive end.

The Hokies have a great backcourt led by Justin Robinson, who is one of the best point guards in the country, while they have a great set of players around him. Robinson is a very quick guard, who can score at an elite level, while he is a great passer. Robinson’s ability to drive to the rim and then kick to open three-point shooters are what makes Virginia Tech such a tough team to guard. Nickeil Alexander-Walker is a long and athletic wing that can project as the teams best NBA Draft prospect, he is a great shooter and he can also shoot at a high level. Ahmed Hill is the teams best three-point shooter, he hits threes at an elite level, which is key for the Hokies. Ty Outlaw missed last season with a knee injury but he should come back this year and be an elite level three-point shooter similar to how he was in the 2016-17 season. Wabissa Bede is a solid backup point guard, who can shoot threes with a good percentage playing off the bench. This is a deep backcourt with lots of players who can shoot it at a high level, this fits a high up-tempo system that will be key in making the Hokies one of the teams to beat in the ACC.

The Hokies have only one true big man inside in Kerry Blackshear, however, they do have long wings who can help out inside. Blackshear is a great interior big man, who scores inside at a good rate, while he is a good shot-blocker and rebounder. Blackshear anchors the Hokies lineup, which is important for the Hokies success. Chris Clarke plays is a versatile player who can rebound at a high rate, he will likely start at the four, while he plays a small-ball five at times.  PJ Horne is another versatile forward who can score inside, while he can also rebound at a good rate. Landers Nolley is a good stretch forward, who can shoot at a high level, while he is also an athletic player. While there is only one true big man for the Hokies, their versatility up front will be what makes them a tough team to guard and play against.

The Hokies have a relatively easy non-conference schedule as they will not leave the East Coast throughout non-conference play. The Hokies start the season at home against Gardner-Webb before they head on the road to play in the Charleston Classic, a field that includes Purdue, Alabama, and Wichita State. The Hokies will play at Penn State on November 27th as part of the ACC/ Big Ten Challenge. The only other game they have to leave Blacksburg will be on December 15th when they head to Atlantic City to play Washington. The Hokies start ACC play on January 1st when they play Notre Dame at home, while they will finish the regular season on March 8th playing Miami at home. The ACC Tournament runs March 12th-16th with the NCAA Tournament beginning on March 19th.

The Hokies should be one of the most fun teams to watch this season as they look poised to be one of the highest scoring teams in College Basketball this season. The Hokies should roll through non-conference play, as they will not be the underdogs in any non-conference game. They very reasonably could go undefeated in non-conference play, which will have some overreacting and calling this team a reasonable contender to win the ACC. Once conference play begins they should slow down and finish near 11-7 or 12-6 in ACC play which will get them a high seed in the NCAA Tournament. This team should be a sleeper team that could surprise people in the NCAA Tournament while making a second weekend or even Final Four run.