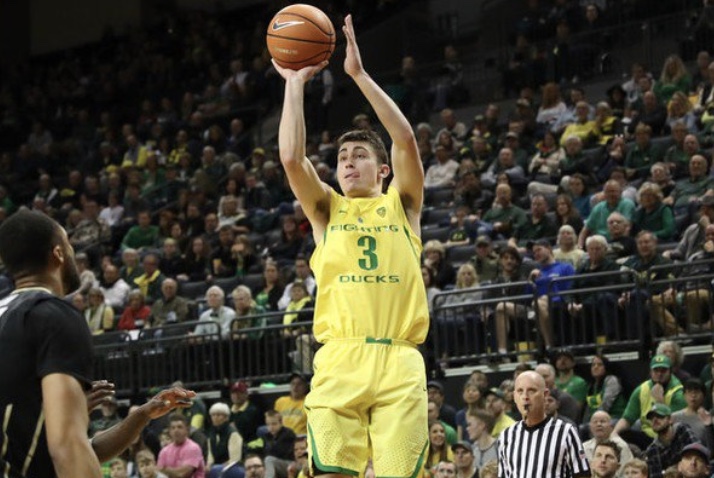 The Ducks are coming off a season where they missed the NCAA Tournament for the first time since 2012. The Ducks relied a lot upon grad transfers and five-star freshman Troy Brown for production, however, the team didn’t play well together, which led to their bad season. They lose three of their four leading scorers but they do bring back Payton Pritchard, who looks to be one of the best players in the Pac-12, while he is the team leader. The Ducks also bring in a stacked recruiting class that is headlined by Bol Bol and Louis King, while players like Will Richardson and Francis Okoro look to be good as well. Victor Bailey Jr. and Kenny Wooten both look to have improved seasons this year, while the Ducks also bring in Texas A&M CC grad transfer Ehab Amin. These returning players mixed with a good group of incoming players makes Oregon the favorites to win the Pac-12 title.

The Ducks have one of the best point guards in the country with Payton Pritchard, who has led already helped lead the Ducks to a Final Four and he should continue to be great for Oregon. Pritchard is a guard with a high basketball IQ, good shooter, and he can score inside the paint. These traits help make Pritchard the early favorite to win Pac-12 player of the year and he is the main reason why most consider the Ducks the favorite to win the conference. Rising Sophomore Victor Bailey Jr. will start alongside Pritchard, he is a good shooter who has shown the ability to get extremely hot from beyond the arc. Bailey Jr. is also a great free throw shooter, ranking in the Top-three in the conference in free throw percentage. Ehab Amin is another player who will look to get a lot of minutes this season, Amin is a good scorer, however, he does his best work on the defensive end, where he led the sport in steals per game last season. Freshman combo guard Will Richardson is a Top-50 recruit who should come in and get minutes right away for the Ducks. With Pritchard leading the Ducks and this group around him all looking solid this could help make for a special year for Oregon.

The Ducks have one of the best defensive frontcourts in the sport as they will have Bol Bol, Louis King, and Kenny Wooten providing the size and length to be great. Bol Bol gets the headlines, he is a Five-Star recruit who is 7’3” and he has the ability to light it up from three. His 7’3” frame will help make him an elite shot-blocker, while his ability to shoot at 7’3” is key to his success. Louis King is a long athletic small forward, who projects as a good defender, while he is a good jump-shooter. His size and athleticism will allow him to play both the 3 and the 4, which is going to be important for the Ducks, he will miss some time at the start of the season with a knee injury. Kenny Wooten is another great shot-blocker, who can make shots from inside and he should play nicely alongside Bol Bol. Paul White is a solid piece off the bench for the Ducks, which will be important in providing depth. The Ducks got Francis Okoro to reclassify, he’s a good physical player who should eventually develop into a great player as time progresses. Overall this is a deep frontcourt that has a lot of size and skill, which is important for the Ducks this season.

The Ducks could struggle early on in the season, as they look to integrate a lot of new players, however, by the time Pac-12 play comes around this team should be playing at the highest level. The Ducks could start the season at 5-2, which could have many people suggesting this team was overhyped in the preseason, however, following that game at Houston they should start to roll. They should be playing at a high level at the start of Pac-12 play, where they should be able to beat most teams in the conference. I expect them to go around 15-3 in conference play which should be enough to win the league outright. From there the Ducks should get a high seed in the NCAA Tournament, which will allow them to compete to get back to the Final Four. Depending upon seeding and matchups, it wouldn’t be crazy to suggest that the Ducks could make it back to the Final Four, however, it would be unlikely that this team wins a National Championship.