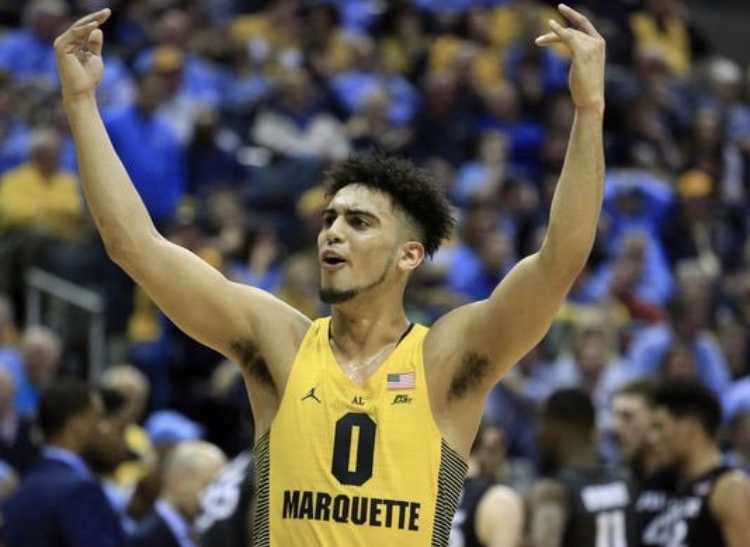 The Golden Eagles come into this season with two All-Big East level players, that will play nicely alongside what looks to be an improved roster around them. The Golden Eagles lost Andrew Rowsey, who was a great scorer but he was never a great passer and he was horrendous on the defensive end. Markus Howard will now become the star player, he is an electric scorer, who can hit shots from everywhere on the court, he showed his greatness last year by scoring 52 in a game at Providence. Sam Hauser will be a good second option around Howard, as he is a good shooter as well. While the Golden Eagles bring in two great defenders in Joseph Chartouny and Ed Morrow Jr, while they bring back a lot of pieces from last years team. This puts Marquette in position to not only make it back to the NCAA Tournament but to also compete atop the Big East standings with Villanova.

The Golden Eagles have a great one-two punch, as they bring back both Markus Howard and Sam Hauser, who are both great shooters. Howard is undersized, which can make him a liability defensively but he makes up for it big time on the offensive end. Howard can hit shots at a high level, going 40 percent from three last year, while he famously came close to breaking the record for the most free throws made in a row, both these traits make him a tough guard for defenders. Sam Hauser is a great number two scorer, he is a big-time scorer, good athlete and his size for his position gives him the ability to shoot over most people. Sacar Amin was the teams best defender last season, he can guard the 2-4 position, while he can score at a good rate. Fordham transfer Joseph Chartouny is a good fit with Marquette, as he is a good passer, while he does have the ability to get steals playing at the point guard position. Jamal Cain and Greg Elliot are both good scorers, who should get minutes off the bench. This backcourt has two great players in Howard and Hauser but the players around them are what is going to separate Marquette from being a good team to being a great team.

Up front, the Golden Eagles return both Matt Heldt and Theo John, while they add freshman Joey Hauser and Nebraska transfer Ed Morrow Jr. Ed Morrow Jr. might be the most important piece for the Golden Eagles, as he brings the ability to score, along with a great defensive ability that should be helpful for the Golden Eagles. Joey Hauser graduated early last season to join Marquette, although he did sit out last season to recover from an ankle injury. Hauser is a good scorer, which will be key for the Golden Eagles as they look for more offense. Matt Heldt will likely start the season at the center position, he is not a great scorer but he does rebound well and he is a decent defender. Theo John is another long player who can rebound and block shots, although he probably won’t get a lot of minutes this season. This front court certainly has the ability to be good this year with the addition of Hauser and Morrow Jr, they will be the key to success for Marquette this season.

The Golden Eagles have the scoring ability to beat anyone but the key, of course, will be on the defensive end, where I think they will take a massive jump, which will help them win a lot of games. The Golden Eagles could have a tough start to the season, as they will almost certainly lose one or two games by the end of the Preseason NIT. The schedule eases up a bit going forward, as they should get opportunities to beat Kansas State and Wisconsin to help get this team rolling into Big East play. In Big East play they should start to roll as they have one of the most talented rosters in the conference. Look for them to be within a game or two of Villanova atop the Big East standings by the time the season ends. This team should also be expecting some postseason success, as they will look to make a second weekend run for the first time in the Steve Wojciechowski era.