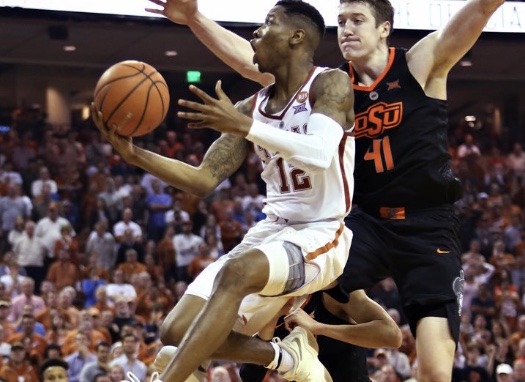 The question around Texas these days is whether or not Texas is back, in basketball though I think they will be back this season. The Longhorns bring back most of their pieces from a team that was competitive in Big 12 play throughout the season, while they bring in a great recruiting class. This team should continue to be one of the best defensive teams in the country, however, this team looks to improve upon their offensive struggles. Dylan Osetkowski, Kerwin Roach, and Matt Coleman all should be team leaders this season, while a potentially healthy Andrew Jones and Jericho Sims breaking out like most expect would help make this team one of the best in the Big 12. They also have a good recruiting class, headlined by Courtney Ramey and Gerald Liddell. These returners mixed with a great class of newcomers makes this one of the teams to watch in the Big 12.

The Longhorns have a good backcourt, as they have four players who can legitimately run the point guard position, while they have some good shooters on the wing. The team leader is Kerwin Roach, who is a great defender, good slasher, and he brings leadership to the team. Matt Coleman should continue to run the point guard position, as he is a steady presence at that position, while he is a great passer, which is important. Courtney Ramey is the team’s highest-ranked recruit, he is a true point guard, with excellent vision and he is a good athlete, this will likely help him start right away. Andrew Jones has successfully recovered from leukemia but he fractured his toe, which means he will likely miss the first few games. Once he returns and gets back up to speed, he should become one of the teams leading scorers, while his shooting ability will be key for the Longhorns this season. Gerald Liddell is either a 3 or a 4, he is a highly ranked recruit, who will be versatile, being a quick and lengthy defender, while he does have some guard skills. Jase Febres is a good shooter off the bench, while Elijah Mitrou-Long is another player who can play the point guard position off the bench.

The Longhorns lost Mo Bamba, who was a great shot-blocker but bringing back Dylan Osetkowski and Jericho Sims keeps this team solid inside. Osetkowski was a great defender last season, while he is a solid scorer and rebounder, while he is a do-everything type forward, which makes him extremely valuable to the Longhorns. Jericho Sims is on pace to become a breakout player this season, as he will get more minutes, while he the showed ability to score and rebound inside at an elite level while Bamba was out with an injury. Kamaka Hepa is a four-star recruit, who is highly skilled and a good scorer but he will need to earn minutes this season. Jaxson Hayes should also help provide some depth for the Longhorns off the bench this season.

While most expect the Longhorns to be mediocre this season, I see this team reaching their ceiling and establishing themselves as the clear third best team in the Big 12. The Longhorns could have a rough start to the season, as they will try to mesh young pieces with an already solid team, because of that they will probably finish third or fourth in the Continental Tire Las Vegas Invitational. As non-conference play progresses and they get Andrew Jones back they should start to roll, bringing good momentum into Big 12 play. In Big 12 play the Longhorns should be great throughout conference play, likely being third in the conference, which will be great for Shaka Smart. They will have to avoid a potential upset in the first round this season but if they can do that, they will have a legitimate chance to make a deep run in the NCAA Tournament.