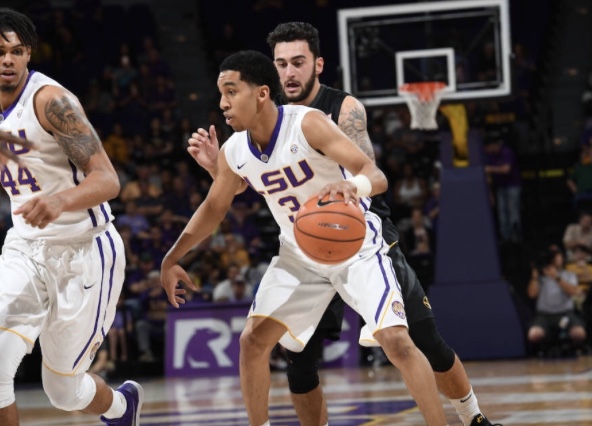 In year two of the Will Wade era, the Tigers look to be on track to make it back to the NCAA Tournament, as they bring in a great recruiting class to pair with an already talented roster. The headliner is Tremont Waters, who was an electric player last season as a freshman and will be one of the players to watch in the SEC. The Tigers also add five Top-100 recruits, headlined by Naz Reid and Emmitt Williams, plus they add two Top-20 JUCO players in Marlon Taylor and Tanya Kingsby. The Tigers also add a great transfer in Kavell Bigby-Williams, who should provide both experience and depth. These additions make LSU a deep team, with plenty of talent and experience which should be good enough to make LSU not only a Tournament team but a likely Top-25 team.

The star player for the Tigers is Tremont Waters, who averaged 15.9 points and 6 assists per game as a freshman, which made him the first SEC Freshman since John Wall to average over 15 points and 5 assists per game. Waters is undersized but he is extremely talented, as he is an elite passer and an elite shot-maker. Skylar Mays is another ball-handler, who can run the point guard position, he can occasionally get hot from three, while he is a good defender. JUCO guard Marlon Taylor is an athletic wing, who can make shots, is a good defender, and is a good rebounder for his size, those traits should help him start right away over some highly ranked recruits. Javonte Smart is another player who can play the point guard position, he’s 6’4” which could provide some matchup issues for other point guards, although inexperience could keep him from starting. Daryl Edwards and Tanya Kingsby are guards who can play minutes off the bench, while freshman Aundre Hyatt should get minutes this season as a freshman. Wayde Sims looked to be another player who would get minutes off the bench, unfortunately, he was tragically killed in a shooting in Baton Rouge. Overall this team is very deep in the backcourt, which is important, and with a player like Tremont Waters leading them, that should make LSU one of the best teams in the SEC.

The Tigers frontcourt is brand new but it has plenty of talent, as they bring in three good recruits in Naz Reid, Emmitt Williams, and Darius Days, paired with transfer Kavell Bigby-Williams. Naz Reid is going to be the star up front, as he is a long athletic post player, who has some guard skills, while he is a physical presence inside. Emmitt Williams will likely start alongside Reid, his athleticism mixed with the energy he brings to the court makes him a fun player to watch. Kavell Bigby-Williams will provide some experience inside, as he was a player on Oregon’s Final Four team in 2017, which will be something that is helpful for the Tigers. Darius Days is a Top-70 recruit, who will get minutes this season playing off the bench. While this frontcourt doesn’t have any great returning players to play, bringing in two Five-Star prospects and a great transfer in Kavell Bigby-Williams, which will help them this season.

The Tigers have put together a non-conference schedule that includes a couple of big games, while they also will head to Orlando to play in the stacked Advocate Invitational. The Tigers start the season with four straight home games, which includes a November 13th game against Memphis. The Tigers then head to Orlando to play in the Advocate invitational, a field that includes Florida State and Villanova, which could help them get a couple of quality games. The Tigers will have a tough stretch in December, where they will play at Houston, followed up by a game against St. Mary’s in Las Vegas. The Tigers start SEC play on January 8th playing at home against Alabama, they will finish the season on March 9th, when they play Vanderbilt at home. The SEC Tournament runs March 13th-17th, with the NCAA Tournament beginning on March 19th.

The Tigers have a lot of new pieces this season, so it might take time for the Tigers to mesh together but when they do they will be scary good. The Tigers will likely take care of four home games to start the season but they could struggle in the Advocate Invitational. They then should start to get on a roll towards the end of non-conference play, which will carry into SEC play. In the SEC, they should be anywhere from around 10-8 to 12-6 in league play, which will be good enough to get them into the NCAA Tournament, likely as a high seed too. In the NCAA Tournament, they will be on upset watch in round one but they also have a chance to make a deep run into the Final Four if things break right for them.