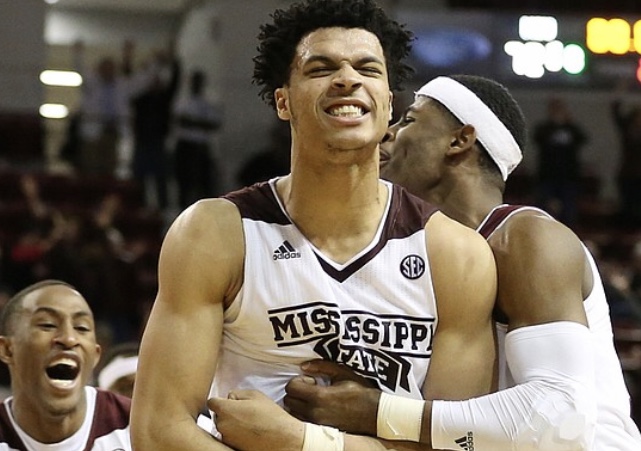 The Bulldogs are coming into this season looking to make the NCAA Tournament for the first time in the Ben Howland era, as they return all five starters and add one of the better recruiting classes in the sport. Quinndary Weatherspoon has emerged as one of the best guards in the conference, he should remain the team leader in scoring. While the Bulldogs also add a Top-40 recruit in big man Reggie Perry, who will help provide some offense right away as a freshman. They also will return Lamar Peters, Nick Weatherspoon, and Aric Holman, who all played big roles last year. After flirting with the Tournament last year, this team should be able to knock down that door and make the NCAA Tournament.

The Bulldogs have a great backcourt headlined by the Weatherspoon brothers and guard Lamar Peters. Quinndary Weatherspoon is the teams best player, as he is a great defender, a great scorer from inside the three-point arc and a good rebounder. Those traits should continue, however, I do expect him to shoot better from three than he did last year, which will be a plus for the Bulldogs. His brother Nick is another great defender, good scorer but he too has had some three-point struggles. Lamar Peters is the teams point guard, acting as a good passer, decent scorer but he too struggles to shoot the three. Tyson Carter acts as another guard who can play minutes at the guard position, Carter is a decent shooter that can hit threes at times. DJ Stewart and Robert Woodard are both 6’6” freshmen wings who should push for minutes this season. Overall this is a really deep frontcourt, as they bring in some great talent to pair with an already established group of players.

The Bulldogs added a Top-40 player in Reggie Perry, who should combine nicely with both Aric Holman and Abdul Ado, who are both good experienced bigs. Perry is likely going to move into the starting lineup this season, as he is such an athletic and skilled big man, who has some guard skills. Abdul Ado will likely start at center, in large part due to his ability to play great defense inside and block shots while being a great offensive rebounder. Aric Holman brings in some great offensive ability, which might help him start for the Bulldogs again, Holman led the team in rebounding and was the teams best three-point shooter last season. Jethro Tshisumpa is a Juco big man, who should provide some experience and force inside for the Bulldogs. Overall most of the minutes will go to Perry, Holman, and Ado, who all a great at different things and they should help them have one of the best frontcourts in the country.

The Bulldogs have put together a non-conference schedule that isn’t all that difficult, which is probably important as SEC play will be very tough this season. The Bulldogs will start the season with three home games before they head to Las Vegas to participate in the MGM Resorts Main Event Tournament on November 19th and 21st. They will play Arizona State in the opening round, and either St. Mary’s or Utah State in the tournament. The Bulldogs will play a road game at Dayton on November 30th. They will play Clemson on December 8th in the Never Forget Tribute Classic in the Prudential Center. The Bulldogs also will play home games against Cincinnati on December 15th and BYU on December 29th. The Bulldogs begin SEC play on January 8th, when they play at South Carolina and they will close the regular season March 9th when they will host Texas A&M. The SEC Tournament runs March 13th-17th, with the NCAA Tournament beginning on March 19th if the Bulldogs are able to make it there.

The Bulldogs should be better this season, especially from start to finish as they have more experience and more talent brought into their program. The Bulldogs should start the season off great, potentially going undefeated in non-conference play. Once SEC play begins they might face troubles, however, they still should be able to finish with a winning record in the brutally tough SEC, which will likely help them get a top-six seed in the NCAA Tournament. If they are able to make the Tournament in that range as I expect, they could potentially get hot and make a run potentially to the Elite Eight or maybe even the Final Four, which would make this an incredible season for the Bulldogs.