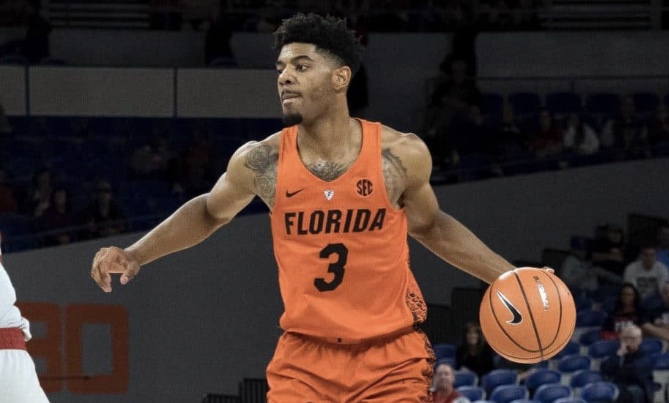 the Gators are coming off a season where they were very streaky, which helped lead them to an early exit in the NCAA Tournament. The Gators saw streaky play from almost everyone except for Chris Chiozza, who was solid throughout the season. KeVaughn Allen notably went from being a First-Team All-SEC player to being an afterthought on the team, while inside the Gators couldn’t keep anyone healthy. That being said this year should be better, as the Gators add a great recruiting class, get more health inside, and still will have two great scorers in Allen and Hudson. This should help keep Florida near the top of the SEC standings and help them stay in the Top-25 throughout the season.

The Gators have two players in KeVaughn Allen and Jalen Hudson who have both averaged over 14 points per game at Florida, which is going to be key. Hudson last year led the team in scoring by averaging 15.5 points per game last year but he will look to improve upon other areas of his game. Allen last year struggled but he should bounce back this season, as he will likely be the centerpiece of the team. Five-Star Freshman Andrew Nembhard has the difficult task of replacing Chris Chiozza, however, he does have the scoring and passing ability to succeed in the Gators system. Deaundre Ballard is a spark plug off the bench for the Gators, as he can light it up for the Gators at times. Freshman Noah Locke can handle the ball, while he is also an electric scorer, while Keyontae Johnson is a versatile wing that could help out in a limited role. Overall this team has the offensive ability to be a great team but a lot of pressure will be on Nembhard’s back if he can deliver though this could be a sleeper, Final Four team.

The Gators have a lot of experienced pieces in their frontcourt this season, which should help them be one of the better teams inside. Kevarrius Hayes is an athletic, high-motored player, who is able to block a lot of shots, although he still doesn’t have that good of an offensive game. Keith Stone acts as a good stretch four, as he can knock threes down at a high-level and he pairs nicely with Hayes. Donate Bassett acts as another high-energy guy that can block shots and rebound off the bench, while Gorjok Gak acts as an interior scorer for the Gators. Forwards Chase Johnson and Isaiah Stokes both are coming off redshirt seasons but both could also play a role for the Gators this season. This frontcourt is very deep this season, unlike last year, this will allow them to play a normal style of play, which should help players like Hudson and Allen out a little bit.

The Gators have put together a tough non-conference schedule that will test them a lot and will put them in position to make the NCAA Tournament despite possible struggles. The Gators start the season on November 6th by playing at Florida State, followed by a couple of home games. They then head to the Battle 4 Atlantis on November 21st, where they’ll play Oklahoma, then potential games against Wisconsin, Butler, or Virginia. The Gators will also head to New York City where they will play West Virginia in the Jimmy V Classic on December 4th. The Gators will also play home games against Michigan State and Butler in non-conference play. On January 26th the Gators will play at TCU in the SEC/ Big 12 Challenge. The Gators will begin SEC play on January 5th, where they will host South Carolina and they will finish the regular season on March 9th when they play at Kentucky. The SEC Tournament runs March 13th-17th, with the NCAA Tournament starting on March 19th if they are able to get back to the NCAA Tournament.

The Gators are my number 23 team in my rankings, which means I think they are pretty good, however, they will still lose a lot of games, which is in large part due to the fact they have a brutal schedule. Having that type of schedule will allow the Gators to pick up some quality wins early in the season, while it will give them a few more losses than they might like. The Gators still should go around 10-3 in non-conference play, which will probably keep them near the Top-25 going into NCAA Tournament play. The Gators will probably be above average in SEC play and finish with a record near 11-7, which will be solid. The Gators then should be one of the teams to beat in the SEC Tournament and they will be a tough out in the NCAA Tournament.