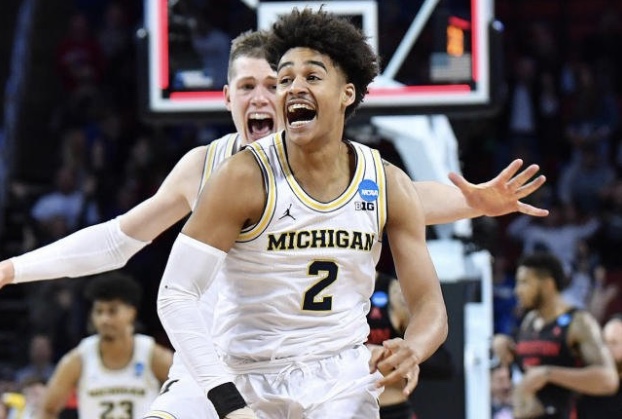 The Wolverines last year struggled for most of the season but they caught fire late in the season winning 14 of their final 15 games, which included them winning the Big Ten Tournament and making the National Championship game. The Wolverines were led by Moe Wagner, who was a star player, however, Charles Matthews and Muhammad-Ali Abdur Rahkman were all key contributors last season. This team should take a step back this year as they lose a lot of key pieces, however, they still should get better as the season goes along.

The Wolverines have three guards who all have good experience from last years team as Charles Matthews, Zavier Simpson, and Jordan Poole all returning. Matthews is a great two-way player, being a lockdown defender, while he will likely be one of the better scorers in the Big Ten. Zavier Simpson took over as the starting point guard last season and he flourished, being one of the best defenders in the league, while also being a good passer. Jordan Poole had some big games coming off the bench last season but will be relied upon more to be a consistent scorer. Eli Brooks has the ability to play the point guard position when Simpson goes off the court, which is valuable. Four-Star freshman David DeJulius is another good scorer that will come off the bench, he should provide some more offense off the bench. Freshman Ignas Brazdeikis will push for more minutes coming off the bench as he is a highly-skilled scorer, that can play both the 3 and the 4 for the Wolverines.

The Wolverines lose Moe Wagner, who was an electric scorer for the Wolverines last year, however, they have experience returning with Isaiah Livers and Jon Teske. Livers started late in the season, providing some versatility, this season he should play more minutes and be a better offensive player. Jon Teske is a long lengthy defender, who will start and he should be another player that should provide some offense. Brandon Johns is a Four-Star recruit, who has proven himself to be a high-volume scorer, which will help him get a lot of minutes next season. Colin Castleton is another Four-Star recruit, he is 6’11” but he does have the ability to stretch the floor, which will get him minutes early on.

the Wolverines have together a solid schedule this year, that will include matchups against North Carolina and Villanova. They will start the season with a couple of but games before they head on the road to play at Villanova in a National Championship game rematch. They then will play in the Naismith Memorial Basketball Hall of Fame Tip-off, where they will play George Washington and either Providence or South Carolina. They will also play North Carolina at home in the ACC/ Big Ten Challenge before they play two of their conference games in December. The Wolverines also will play South Carolina at home in non-conference play. The Wolverines start their main portion of Big Ten play on January 3rd against Penn State and they will wrap up the season on March 9th at Michigan State. The Big Ten Tournament runs March 13th-17th, with the NCAA Tournament starting on March 19th if they are able to make it there.

The Wolverines will probably struggle early on with a tough non-conference schedule that will challenge them, combined with the fact they have a large number of newcomers. Look for them to go around 10-3 in non-conference play because of those struggles. Midway through the season, I think Brazdeikis could move into the starting rotation, which might help the Wolverines have another late-season surge. I think this team will finish near the top of the Big Ten standings but once again they could win the Big Ten Tournament. The Wolverines could once again be a very dangerous team in the NCAA Tournament, don’t be surprised if they make it to the Sweet 16 or even further in the Tournament.