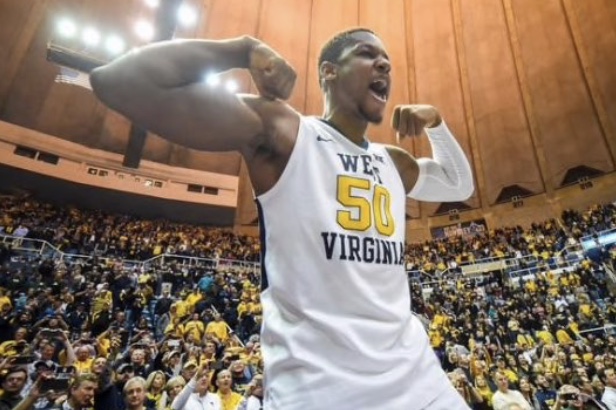 The Mountaineers are coming off a year where they finished second in the Big 12 standings and made it to the Sweet 16. While last year was another successful season, the big thing this offseason was the fact that they now lose their starting backcourt in Jevon Carter and Daxter Miles Jr. Carter was one of the best players in the country, in part because of his ability to defend at a high-level, while Miles was a streaky scorer, who had many great games last year. While those two will be hard to replace, they return mostly everyone else including an All-Big 12 defender in Sagaba Konate. Konate is definitely the star for the Mountaineers but they do also have Esa Ahmad, Wesley Harris, James Bolden, and Lamont West all returning. They also add a great recruiting class that should filter in nicely as the season goes along.

The Mountaineers lose a lot with Carter and Miles both graduating last season, however, they still should be solid with James Bolden running the point. Bolden was a good spark plug off the bench last year, as he was a good defender and a good shooter, this year though he will be forced to play more minutes this season. The Mountaineers also bring in a solid recruiting and transfer class that should help provide the depth. The star guard will be Jordan McCabe, who is a Top-150 point guard, who will get a lot of minutes off the bench and he could move into the starting lineup. Trey Dooms is a guard who was a good shooter and passer in high school and he also could play minutes at the point. Brandon Knapper had to redshirt last season but is another guy who should play minutes at the point this season. Jermaine Haley is a lengthy JUCO guard, who does help provide some minutes this season, while Chase Harler is an experienced guard who should help play a bench role. Besides Bolden, there is not a lot of experience, which could lead them to some struggles but with this much depth, they should be able to figure it out as the season goes along.

While the Mountaineers might struggle in the backcourt with a lack of experience, that won’t be the case up front, where they have a ton of depth. The anchor to the Mountaineers is Sagaba Konate, who was an All-big 12 defender but he was also a good interior scorer and rebounder. Esa Ahmad is a good tough player who can step out and shoot the three-point shot, which will get him the start. Lamont West is a long athletic wing, who is a good defender and is a streaky shooter that can get hot from deep. Wesley Harris acts as more of the glue guy, which will allow him to start early. I think all four of these guys should start the season, as Bob Huggins will likely lean with experience, however, all of them will be playing for their minutes this year. Off the bench, Top-100 Freshman Derek Culver is a long player that should score some off the bench. Meanwhile, Logan Routt will get some minutes off the bench as he brings some more size for the Mountaineers. This is one of the deeper and better frontcourts in the country, as they have different guys who can do different things. This depth should help the Mountaineers be one of the best teams in the Big 12 once again.

The Mountaineers have put together a decent non-conference schedule, as they will play a couple of NCAA Tournament teams before going into the Big 12 gauntlet. They’ll start the season with a buy game against Buffalo, before they head to the Myrtle Beach Invitational on November 15th, where they’ll play Monmouth and they could face UCF and Western Kentucky. They will also play Florida in Madison Square Garden on December 4th, Pittsburgh on December 8th, and Rhode Island in Connecticut on December 16th. The Mountaineers also have an SEC/ Big 12 Challenge game at Tennessee on January 26th. The Mountaineers begin Big 12 play on January 2nd against Texas Tech, with the season wrapping up on March 9th at Oklahoma State. The Big 12 Tournament runs March 13th-16th, with the NCAA Tournament starting on March 19th if they make it there again.

The Mountaineers have a few tough games in their non-conference schedule, which will test them but they should be able to manage pretty well. The key, of course, will be getting their newcomers to play well immediately to succeed early on. I think they will probably go around 10-2 in their main portion of non-conference play, which will keep them on the fringe of the Top-25. The Mountaineers are likely going to struggle in Big 12 compared to years past but they should still manage to go around 10-8 in conference play. They once again should make it to the NCAA Tournament and they could win a game or two in the tournament but don’t expect that deep of a run from them this season.