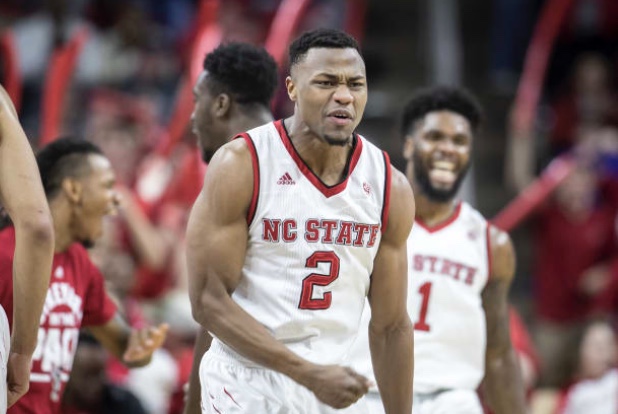 The Wolfpack surprised everyone last year by making the tournament in year one under Kevin Keatts, however, this year they won’t be surprising anyone. The Wolfpack will play a four-guard lineup throughout the season, which will allow them to become one of the highest scoring teams in the ACC. The trio of Torin Dorn, Markell Johnson, and Braxton Beverly are all good returning players that should help the Wolfpack from a leadership perspective. Meanwhile, they bring in transfers Devon Daniels, Blake Harris, CJ Bryce, Wyatt Walker, Eric Lockett, and Derek Funderburk are all looking to help them out. This team doesn’t necessarily stand out as a top-tier ACC team but they do have a lot of good pieces that could help them become a Top-25 team.

The Wolfpack have one of the deepest backcourts in the country, which will be one of the main reasons why they will have four guards on the court at all times. Markell Johnson is a great passing point guard, leading the ACC in assists with 7.3 assists per game, Johnson is also a good shooter and can knock down threes. Braxton Beverly will start at a guard position, he is a good passer and a decent scorer, while he is also a good three-point shooter. Utah transfer Devon Daniels will also start at guard, as he is a great scorer and he is another ball-handler that can create offense with the ball. Torin Dorn will start playing at the small-ball four spot, Dorn is a versatile wing who can score off the dribble. Missouri transfer Blake Harris will miss the first half the season due to transfer rules but when he does begin play he will provide another ball-handler off the bench. UNC Wilmington transfer CJ Bryce is another player who can help play at the four spot, as he is a good rebounder. FIU transfer Eric Lockett is another scorer, who is a proven scorer but will take a backseat this season. This unit is very athletic and deep, which should make for one of the better and best to watch backcourts in College Basketball.

The Wolfpack legitimately have only two or three players that can play at the forward position, which is a concern but shouldn’t hurt them that much. Samford grad transfer Wyatt Walker provides some experience, which will likely lead him to start this season. Derek Funderburk is a former Top-100 recruit who could provide an inside presence for the Wolfpack this season. Freshman Jericole Hellems is another player who could get minutes inside, playing as a small-ball five. Overall this unit isn’t deep at all but with the backcourt, they do have it isn’t really necessary, what this team really needs is players that can protect the paint inside.

The Wolfpack have put together a non-conference schedule that will give them a few opportunities to pick up quality wins but is also filled with a lot of buy games. the Wolfpack start the season playing six straight games at home before they will head on the road to play at Wisconsin in the ACC/ Big Ten Challenge. The Wolfpack will then will head to Miami to play Vanderbilt in the Hoophall Miami Invitational, then Atlantic City to play Penn State in the Boardwalk Classic. The Wolfpack finish non-conference play playing three home games, including a December 19th matchup with Auburn. The Wolfpack begin ACC play on January 3rd with a road game at Miami and they will end the regular season on March 9th at Boston College. The ACC Tournament runs March 12th-16th with the NCAA Tournament starting on March 19th if the Wolfpack are able to make it back there.

The Wolfpack once again should be one of the better teams in the ACC this season, while they will cause havoc for many teams because of their playing style. They should start the season off pretty well as their non-conference schedule is not that difficult. Don’t be surprised if entering ACC play the Wolfpack are in the Top-20 in the National polls and they are sitting with a record of 13-0 or 12-1. ACC play will be difficult this season and with their lack of depth up front, they could find some issues in conference play. While ACC play will be tough they should still be over .500 in conference play and that will give them a good seed in the NCAA Tournament. Assuming they make it to the tournament this team could easily be a second-weekend type team depending upon the matchups they get in the tournament. Look for this team to have one of the fastest paces in the game, while being a Top-10 offense in the sport this season.