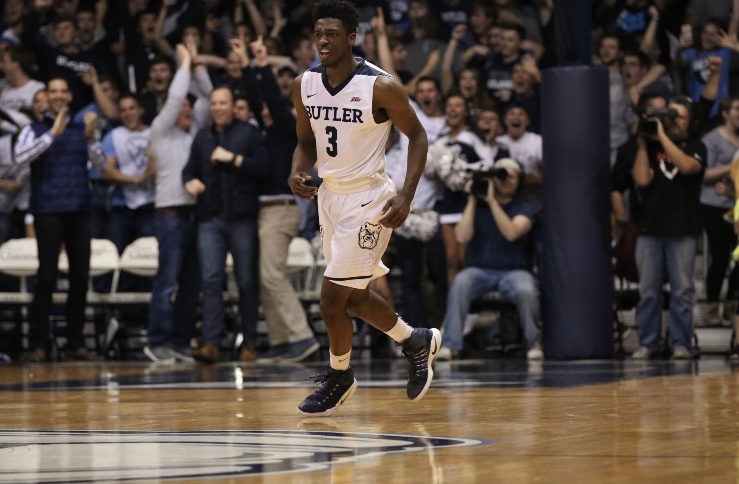 The Bulldogs come into this season off an average season, where they were a middle of the pack Big East team, made the tournament as a 10 seed, and lost in the second round. Following that season the Bulldogs lost Kelan Martin and Tyler Wideman, however, other than that they return mostly everyone. The Bulldogs star will be junior Kamar Baldwin, who should up big numbers this year, however, players like Sean McDermott, Aaron Thompson, Paul Jorgensen, and Nate Fowler are good pieces alongside him. Another key player will also be Duke transfer Jordan Tucker who will become eligible after the fall semester. This teams depth helps make it one of the best teams in the Big East and will give them a real shot to challenge Villanova at the top of the conference standings.

The Bulldogs star player is junior guard Kamar Baldwin, who has proven himself to be a star player already by averaging 15.7 points per game as a sophomore. Baldwin is a great scorer, great passer, and a good rebounder for his size, all these tools are key for him and makes him one of the best guards in the Big East. Fellow backcourt mate Aaron Thompson will play most of the minutes at the point guard position in large part due to his ability to pass at an elite level. Paul Jorgensen adds another element to the Bulldogs as he is a streaky shooter who can get hot at any moment. Henry Baddley is another player who can play big minutes for the Bulldogs and help them win games. The Bulldogs backcourt runs through Baldwin, however, with players like Aaron Thompson, Paul Jorgensen, and Henry Baddley around him, the Bulldogs will have all the things a team needs to win games.

The Bulldogs have one of the more versatile frontcourts in College Basketball as they have multiple guys who can guard both the three and the four. The big get this offseason for the Bulldogs was getting former Top-50 recruit Jordan Tucker to transfer in from Duke. Tucker is the highest ranked recruit to every attend Butler and promises to be a great stretchable forward. Sean McDermott is another long forward, who has shown he can defend both the three and the four, while he’s already proven to be an elite three-point shooter. Nate Fowler will start down low and provide a good interior presence, while he is also a sneaky good shooter. When Fowler isn’t on the court Sophomore Joey Brunk will be, he is another physical presence with lots of size down low. Sophomore Christian David is another forward with some experience that should get minutes off the bench, while freshman forward Bryce Golden is a four-star recruit, who will play minutes at both the four and the five.

The Bulldogs have put together a good non-conference schedule this season as they will play two SEC teams, while also playing in the Battle 4 Atlantis. The Bulldogs start the season with two buy games before Ole Miss comes into town on November 16th. They then head to the Battle 4 Atlantis where they’ll play Dayton, and they could face either Wisconsin, Florida, Oklahoma or Virginia depending on matchups. They’ll then play at St. Louis immediately following the Battle 4 Atlantis, before playing a couple more buy games. On December 15th the Bulldogs will play Indiana in the Crossroads Classic, they’ll also play at Florida in non-conference play. The Bulldogs will start Big East play on January 2nd against Georgetown, with the regular season wrapping up on March 9th when they’ll play at Providence. The Big East Tournament runs March 13th-16th, with the NCAA Tournament starting on March 19th if the Bulldogs get back to the NCAA Tournament for the fourth straight season.

The Bulldogs definitely have the talent and experience needed to play well in the Big East this year. Look for the Bulldogs to struggle a little bit at the start of the season, as they deal with an extremely difficult schedule in non-conference play. Once Big East begins the Bulldogs should roll as they integrate Jordan Tucker into the mix. By years end the Bulldogs should be one of the best teams in the Big East and they will challenge Villanova atop the conference standings. They should make the NCAA Tournament for the fifth straight season, however, the real issue they will face comes when they try to make it past the first weekend.

*- Paul Jorgensen will start in the first semester but Jordan Tucker will move into the starting lineup in place of Jorgensen for the second semester.