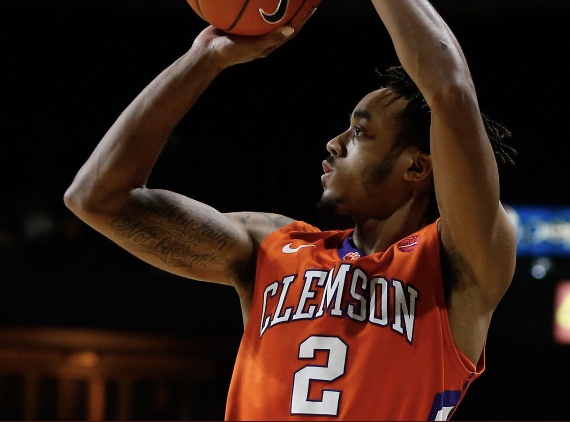 After Brad Brownell entered last season on the hot seat, the Tigers surprised everyone by finishing tied for third in the ACC standings and making it to the Sweet 16 as a five seed. This promptly got Brownell a contract extension through the 2024 season. This year the Tigers should once again be really good as they return their big three of Shelton Mitchell, Marcquise Reed, and Elijah Thomas. Mitchell and Reed return as the top two scorers on the team, whereas Thomas enters in as one of the best defensive big men in the conference. This amount of returning experience makes Clemson one of the better teams in the ACC, which should help get them back to the NCAA Tournament for the second straight year.

The Tigers have one of the best two-guard tandems in the country with Marcquise Reed and Shelton Mitchell both returning this season. Reed last year was the teams leading scorer, while he also was a good rebounder and passer playing off the ball. Meanwhile, point guard Shelton Mitchell is quick and has the ability to both score and pass the ball, which is valuable for the Tigers. Both guards have the ability to play the point guard position, while both are decent three-point shooters, which makes both of them very valuable. John Newman III is a four-star wing who is a good defender and could start right out of the gates for Clemson. Two other players that could start are Anthony Oliver and Clyde Trapp who are both sophomore guards, who have experience. Oliver played in 19 games last season but he has good size and the ability to score from deep. Clyde Trapp is a guard who has less size but does also provide some ball-handling for the Tigers. Obviously, with Reed and Mitchell, you know that they will produce, however, the key will be about filling in the other starting spot. If they can get that figured out they’ll be a team that could once again finish in the Top-3 of the ACC but if not you could see them struggle at times.

The Tigers have one of the best big guys in the ACC in Elijah Thomas, who is a physical force down low as both a good rebounder and a defender. Thomas’ ability to play down-low is a key for the Tigers and is one of the reasons the Tigers are expected to make the tournament again. Sophomore Aamir Simms was a good scorer and rebounder last year as a freshman and he should continue to get minutes. David Skara seemed like he was leaving after last season but decided to return in the middle of the summer, he should help provide some depth for the Tigers. Oral Roberts transfer Javan White comes into this season looking like he should get minutes due to his ability to score inside and rebound. Freshmen Trey Jemison and Hunter Tyson both enter into this season as three-star recruits but both could get minutes this season. Between Thomas and Simms the Tigers have good rebounding and interior scoring, that combined with their deep bench makes them a solid team up front.

The Tigers have put together a non-conference schedule that has some good games but is not anything that crazy. The Tigers start the season with three buy games before they head to the Cayman Islands to play in the Cayman Islands Classic. In the Cayman Islands Classic, they could play Creighton, Georgia, or St. Bonaventure depending how the bracket breaks. The Tigers also play Nebraska at home in the ACC/ Big Ten challenge and they will also play at Mississippi State and South Carolina in non-conference play. The Tigers start ACC play at Duke on January 5th and they will end the regular season playing at home against Syracuse. The ACC Tournament runs March 12th-16th, with the NCAA Tournament starting March 19th if the Tigers make it back to the NCAA Tournament.

The Tigers made a big jump last season but it will be hard to improve upon that success. The Tigers should start the season well, taking care of a manageable non-conference schedule. In ACC play the Tigers will struggle as they will face a lot of quality opponents in ACC play. That being said the could manage a fourth-place finish in the ACC and earn a seed similar to what they did last year in the NCAA Tournament. In the tournament, the Tigers have the potential to make a deep NCAA Tournament run depending on their matchups.