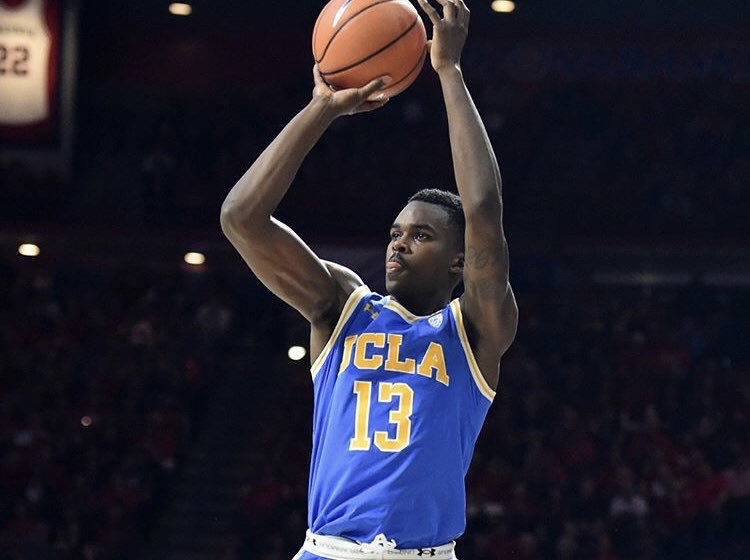 The Bruins are coming off a season where the Bruins dealt with a lot of adversity but they still were able to make the NCAA Tournament. The Bruins season started in China where Cody Riley, Jalen Hill, and LiAngelo Ball all got mixed up in a shoplifting incident. The Bruins had to deal a lot with a depleted roster because of that, however, with the heroics of Aaron Holiday the Bruins still managed to get into the NCAA Tournament, before losing St. Bonaventure. This year should be better as Hill and Riley will be back, and the Bruins also add a Top-10 recruiting class in the sport. That will mean raised expectations for the Bruins, who will look to compete atop the Pac-12 standings and make it back into the NCAA Tournament.

The Bruins return All-Pac-12 Freshman Kris Wilkes, who averaged 13 points per game and shot 44 percent from three. He will get more shots this year as a sophomore and he could potentially win Pac-12 Player of the year. The lead guard will be Jaylen Hands, who had a decent year playing behind Aaron Holiday last year but will take over as the point guard this year. Prince Ali will also start, likely providing some scoring and energy at the two-guard. The Bruins also add three four-star recruits in Tyger Campbell, Jules Bernard, and David Singleton. Campbell will likely play minutes as the backup behind Jaylen Hands. Bernard and Singleton will play minutes off the bench in place of Ali and Wilkes when they need a break. This backcourt is combined with veterans and young players, which should develop nicely as the season goes along.

The Bruins add Five-Star Freshman Moses Brown, who is a dominant defensive presence inside while being a good scorer and rebounder. Those traits will help him start right away for the Bruins and make him one of the best players in the Pac-12. Chris Smith will likely start at the four, as he provides the most experience for the Bruins at the four. Jalen Hill and Cody Riley will likely come off the bench but both are Four-Star forwards, who could see more minutes as the season rolls along. Alex Olesinski will miss two to three months with a stress fracture but will get minutes when he returns from injury. This frontcourt has a lot of size up front, which will allow them to compete inside with anyone in the Pac-12, the question is who can become the elite third scorer for the Bruins this year. The Bruins added Top-40 recruit Shareef O’Neal to their recruiting class, however, he will sit out his first year to recover from a heart ailment.

The Bruins have a non-conference schedule that gives them a few opportunities to pick up quality wins before conference play starts. The Bruins start the season with four buy games before they play in the Las Vegas Invitational on November 22nd and 23rd. The Bruins also will play a game against Notre Dame, at Cincinnati, and against Ohio State in the CBS Sports Classic. The Bruins start Pac-12 play on January 3rd against Stanford and will finish the season on March 9th at Utah. The Pac-12 Tournament runs March 13-16th, with the NCAA Tournament starting on March 19th if the Bruins make it there.

The Bruins should struggle early in the season as they learn how to play with one another, however, as the season goes on they should get better. In non-conference play, they will likely struggle to go around 10-3 in non-conference play. Once conference play begins the Bruins should start rolling, as they will be one of the good teams in a relatively weak Pac-12. Look for the Bruins to finish near or atop the Pac-12 standings and have a chance to win the Pac-12 Tournament. Assuming the Bruins make the NCAA Tournament they will have a good opportunity to make a second-weekend run in the tournament.