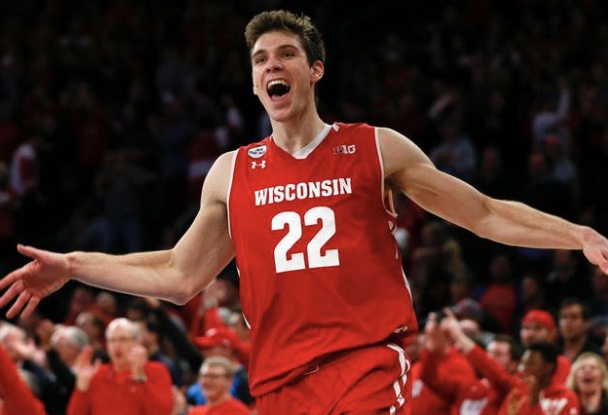 The Badgers are coming off a season where it seemed everyone was hurt for them, which led them to a ninth-place finish in the Big Ten and their first missed NCAA Tournament in 20 years. this year will be a little different though, as the Badgers now will be fully healthy and will have some experience that they didn’t have last year. If this team is able to stay healthy should once again make the NCAA Tournament and compete near the top of the Big Ten standings.

The Badgers have a lot of options in their backcourt this season, as they will have a good mixture of talent and experience. The Badgers lost D’Mitrik Trice and Kobe King early in the season last year, both of whom were expected to be key contributors. That being said their absences helped make Brad Davidson the main playmaker on the team, a role that he thrived in last season. That being said with the return of Trice he will move back to the shooting guard spot which should be good for this team. Trice will act as the teams lead ball-handler and will help provide some leadership at the guard position. Khalil Iverson provides some leadership and athleticism on the wing for the Badgers and does have a small-ball four if needed. Brevin Pritzl adds some more shooting and ball-handling off the bench, while Kobe King adds some more size at a guard position. Green Bay transfer Trevor Anderson and freshman Tai Anderson provide some more options at the guard position but they shouldn’t play that much this year.

The Badgers have an elite frontcourt piece in Ethan Happ, who is a good low-post big man, good rebounder, and great passer for his size. Happ’s ability to do all those things makes him a key player for the Badgers and is the main reason the Badgers are expected to make the NCAA Tournament this season. Kaleem Ford helps provide some three-point shooting at the four, as he has proven to be a knockdown shooter. Charlie Thomas IV acts as a good rebounder off the bench, while Nate Reuvers helps provide some size to help the Badgers out rebounding wise.

The Badgers have once again put together one of the best non-conference schedules in the country, that added on with the new 20-game Big Ten schedule will help get the Badgers into the NCAA Tournament. The Badgers start the season with a couple of buy games, mixed with a game at Xavier before they head to the Battle 4 Atlantis. The Battle 4 Atlantis field includes games against Stanford, either Florida or Oklahoma and potentially Butler or Virginia. The Badgers play NC State in the ACC/ Big Ten challenge before they play at Iowa and home against Rutgers in their early Big Ten games. The Badgers will also play at Marquette and at Western Kentucky in non-conference play. The Badgers restart Big Ten play January 3rd and end it on March 10th at Ohio State. The Big Ten Tournament runs March 13th-17th, with the NCAA Tournament starting on March 19th if the Badgers make it there.

The Badgers should be tested early and often, so we will know early on how good the Badgers are going to be. I think if the Badgers can make it into the main portion of league play at 11-4 or better they will be in good shape to make the NCAA Tournament. The Badgers are likely going to struggle in some games against top-tier teams in the Big Ten in league play. I think it’s very likely that the Badgers end up in either a 7-10 or 8-9 matchup in the NCAA Tournament, which means they would have to pull an upset to make it back to the Sweet 16.