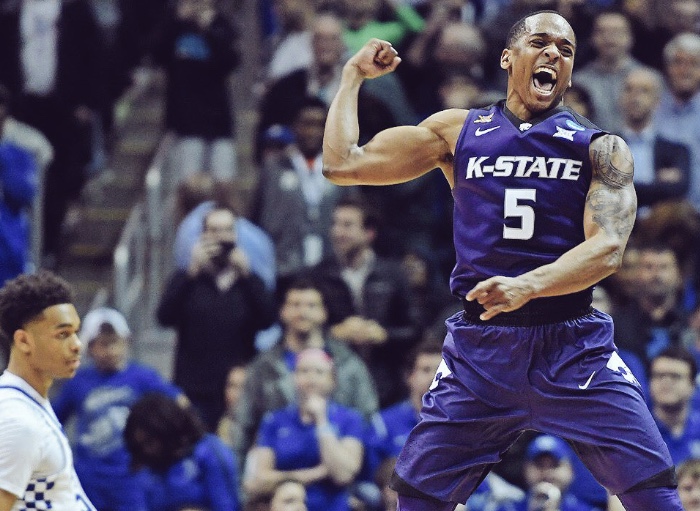 The Wildcats struggled at times in the regular season but they were able to get hot in March and make it to the Elite Eight. The Wildcats were able to make that run by beating Creighton, UMBC, and Kentucky in the Tournament, while they lost to Loyola-Chicago in the Elite Eight. In that run, they were able to play without a First-Team All-Big 12 player in Dean Wade, which might be the most impressive part of that run. This year the Wildcats bring back their top seven returning scorers, which has many saying that this team should be the top challenger to Kansas atop the Big 12 standings. Kansas State will be led by the duo of Dean Wade and Barry Brown, while Xavier Sneed, Kamau Stokes, Cartier Diarra, and Makol Mawien all played big roles for Kansas State last season. I think this team should be really good this season, as they will likely finish second in the Big 12, while they will look to win one more game in the NCAA Tournament than they did last season.

The key for the Wildcats this season is that they were able to get Barry Brown to return for his senior season, even after he had an incredible second half of the season. Brown is a good scorer, especially when driving to the paint, while he can handle the point guard position as he is a good passer, and he is probably going to be the best defender in the Big 12. Kamau Stokes missed a few games last year with a foot injury and he was never able to get back into shape but he too is a good scorer and he is a good passer. Xavier Sneed is a great athlete, a good defender, he does all the little things to help the Wildcats win and he could play a small-ball four this season, which is important. Cartier Diarra played a big role for Kansas State last season as he filled in nicely while others were injured, he is also a good shooter. Mike McGuirl had to waste his redshirt last year because of injuries but he showed to be an impactful player for the Wildcats. Shaun Neal-Williams should provide some more depth for the Wildcats at the guard position. Look for this team to be really good in the backcourt this season, as they will be stifling on defense, while they have a lot of decent players on the offensive end.

The Wildcats return Dean Wade, who was a First-Team All-Big 12 level player last year, while he was voted on as the Preseason Big 12 Player of the year. Wade is a good inside scorer, a good rebounder, and he has the ability to step outside and knock down threes. Makol Mawien is a great interior presence, he is a good defender, good shot-blocker, and he can score inside for the Wildcats. Austin Trice looks to help provide some minutes for the Wildcats this season, while he is undersized, that will allow him to play well alongside Wade or Mawien. Levi Stockard doesn’t really do anything on offense but he is a decent defender and a decent rim protector.

The Wildcats have put together a non-conference schedule that has been better than the past couple of seasons but it isn’t that great. They start the season with two straight home games, they then will play in the US Virgin Islands Paradise Jam, a tournament that has no teams other than Kansas State that looks like an at-large team. In early December they will play back to back road games, first at Marquette on December 1st and then at Tulsa on December 8th. The Wildcats will play four home games in a row before Big 12 play starts, the headliner of that stretch will be a December 22nd game against Vanderbilt. The Wildcats will also play at Texas A&M on January 26th in the SEC/ Big 12 Challenge. The Wildcats start Big 12 play on January 2nd by playing Texas at home, while they will finish the regular season on March 9th playing Oklahoma at home. The Big 12 Tournament runs March 13th-16th, with the NCAA Tournament starting on March 19th this season.

The Wildcats should continue to be one of the best defensive teams, while they look to improve on the offensive end this season. The Wildcats should roll through their non-conference schedule as the only game they look poised to lose would be at Marquette. The Wildcats should do decent in Big 12 play, while they might lose a couple of games they should stay solidly in that number two spot in the Big 12. The Wildcats will be a tough team to beat in the NCAA Tournament as they are really tough on the defensive end and that will be hard for teams to prepare for. This team will have a good chance to make it back to Elite Eight this season, this team will look to win one more game in the Tournament as they look to make it to the Final Four and from there they could win a National Championship.