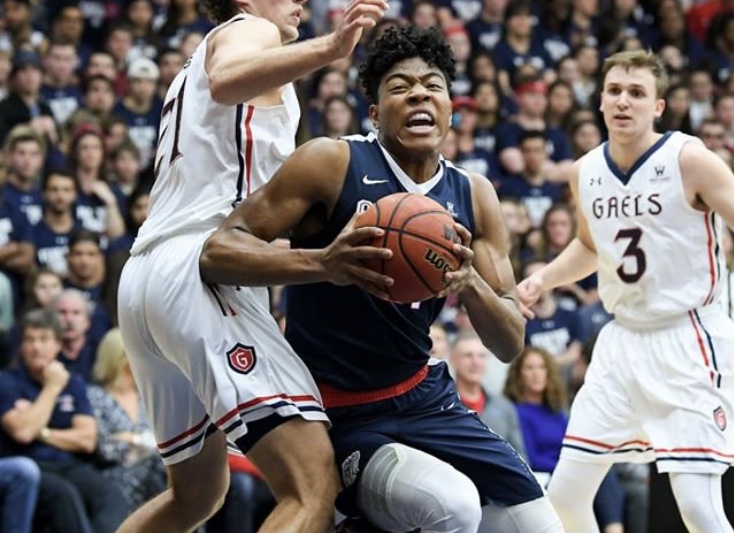 The regular season is coming to an end and Selection Sunday is less than two weeks away, meaning next weeks Power Rankings will be the last of the season. As for the week we just saw take place, there were some big time upsets and plenty of big games that took place throughout the week, which forced lots of changes to be made to my Power Rankings.

1.Gonzaga: The Bulldogs are number one in my Power Rankings out of respect for what they accomplished in WCC play, as they went 16-0 with all their wins coming by double digits. A few teams could run through that league going 16-0 but I’m not sure anyone else could do it in the fashion that Gonzaga did it, so I am rewarding them the top spot for now.

2.Virginia: The Cavaliers picked up two more wins this week as they beat Georgia Tech and Pittsburgh by 30 and 24 points. The Cavaliers will play at Syracuse tonight and will host Louisville on Saturday, if they win both games, they will win the ACC for the second straight year.

3.Duke: The Blue Devils lost at Virginia Tech but without Zion. We still do not exactly know when Zion will be back but until he is, you will not see the best version of this Duke team.

4.Tennessee: The Volunteers got punched in the face at Kentucky a couple of weeks ago and lost at LSU, so coming into their game against Kentucky, this team was not playing their best but a resounding 71-52 win against the Wildcats makes it clear that this team still has the potential to win a National Championship.

5.North Carolina: The Tar Heels won two games but neither game made me think that this team was a true National Championship contender in the process. The Tar Heels will play their rival Duke this Saturday, so we should get a better feel for where the Tar Heels are actually at after that game.

6.Kentucky: The Wildcats didn’t play well this week, as they only beat Arkansas by 4 and lost at Tennessee by 19. The Wildcats are now in a hole when it comes to winning the SEC title, however, I still think this team is still good enough to win the NCAA title.

7.Texas Tech: The Red Raiders are two wins away from clinching at least a share of the Big 12 title and ending Kansas’ 14 year reign of the Big 12. They will first have to get by Texas at home and win at Iowa State but if they are able to win both those games, the streak will end this year.

8.Michigan State: The Spartans lost at Indiana 63-62 and a big reason why appeared to be because of depth, as they are now down three key role players to injury. The Spartans went the final 4 minutes without scoring and late in that game, Cassius Winston only got one shot, that isn’t gong to win you games.

9.Michigan: The Wolverines gutted out a nice win at Maryland, while beating Nebraska at home earlier in the week. Both games were played without Charles Matthews. The Wolverines are one game back of Purdue right now but it wouldn’t be the craziest thing in the world if they shared the league title if they win out.

10.LSU: The Tigers beat Texas A&M and won at Alabama this week to move to 14-2 in the league standings. The Tigers will play at Florida on Wednesday and Vanderbilt at home on Saturday, if they win both games they will win the regular season SEC title.

11.Kansas: The Jayhawks did what they were supposed to do this week and that was winning two games. They first beat Kansas State by 15 and then beat Oklahoma State on the road by 5. The Jayhawks are just one game back of Kansas State and Texas Tech and if they can win both their games this week, a 15th straight Big 12 title could be in store for them.

12.Houston: The Cougars take a fall in my Power Rankings after losing at home against UCF. The Cougars still have one of the best records in the sport and are a legitimate second weekend team and I will chalk this result up to College Basketball being the way it is.

13.Purdue: The Boilermakers beat Illinois and Ohio State both handily at home this week, moving them to 15-3 in Big Ten play and first place in the conference. If the Boilermakers can win one of their next two games, they will win another Big Ten title.

14.Marquette: The Golden Eagles lost at Villanova, while that’s a loss, it’s not a big deal. Losing at home to Creighton is though. The Golden Eagles are a good team but when Markus Howard or the Hauser brothers are struggling, winning becomes difficult.

16.Wofford: The Terriers completed a perfect 18-0 regular season SoCon record and assured themselves a spot in the NCAA Tournament even with an early loss in the conference tournament.  The Terriers will be this years trendy upset pick but I will argue that any run they make shouldn’t come as a surprise as they are just that good.

17.Virginia Tech: Without Justin Robinson this Hokies team beat a really good Duke team, although it should be noted that Duke didn’t have Zion Williamson. It remains to be seen if Justin Robinson will be back this year but even without him, this team is still pretty good.

18.Villanova: The Wildcats were on the verge of losing the Big East title on Wednesday but they persevered late and came away with a big win against Marquette. The Wildcats are still inconsistent, however, they showed they can still win the big game, which is important.

19.Wisconsin: The Badgers lost at Indiana this week in double-overtime. Who knows what to make of that loss but a loss is a loss and I will have to drop the Badgers down a couple of spots.

20.Buffalo: The Bulls beat Akron and Miami-Ohio this week, assuming they don’t lose out the Bulls will be dancing this year.

21.Florida State: The Seminoles didn’t play their best basketball of the season but they do come away with two wins over Notre Dame and NC State. The Seminoles will play Virginia Tech this week, with the winner getting a double-bye in the ACC Tournament.

22.Maryland: The Terrapins lost at Penn State and to Michigan at home this week, the Terrapins are a very young team but they’ll need to play better to win in March.

23.Cincinnati: The Bearcats didn’t play well this week but they come away with two wins. They will play at UCF and Houston at home this week, if they win both games they will win the AAC outright.

24.Mississippi State: The Bulldogs continue to be a pretty good team but not a great one, this week they split games against Missouri and Auburn. The good news is that the Bulldogs will be heading to the NCAA Tournament for the first time in the Ben Howland era.

25.Nevada: The Wolf Pack lost at Utah State on Saturday night, which caused some craziness afterwards with the court storming and some racist fans, which brings back up the court-storming debate, which can be gotten into at some other point. The point I’ll make is that this team is still good but I don’t think it can be argued that they are a legitimate National Championship contender.