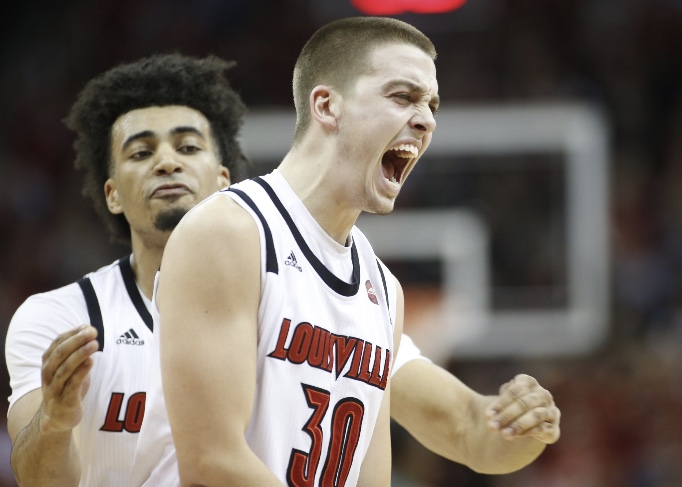 This past week saw the ACC/ Big Ten Challenge, which saw multiple great games that made impacts on the rankings. We also had the first real Saturday of games which meant we got even more results. Following all this action, there’s a lot of adjustments that needed to be made to my Power Rankings.

1.Kansas: Kansas looked like they were going to fall against Stanford, however, Lagerald Vick came to the rescue, dropping 27 points, which included a game-tying three. They’ll play two home games against some pretty good mid-majors in Wofford and New Mexico State this week.

2.Gonzaga: Gonzaga picked up a big win at Creighton this weekend, which is another solid win. They are in the midst of a tough stretch that includes games against Tennessee and at North Carolina.

3.Michigan: Michigan picked up two more wins against ranked opponents as they beat North Carolina and Purdue at home. Their defense has been stifling this season led by assistant coach Luke Yaklich.

4.Virginia: Virginia picked up a big road win at Maryland this week, they struggled on the defensive end in that game but were able to make enough shots to win. kihei Clark has been a game-changer for Virginia as he plays tough defense while providing another ball-handler for the Cavaliers.

5.Duke: Duke bounced back from their loss to Gonzaga in the Maui Invitational title game by blowing out Indiana and Stetson at home.

6.Nevada: The Wolf Pack faced their toughest road test of the season when they went to USC and won handily. They’ll play Arizona State this Saturday and if they win that game the undefeated talk should begin.

7.Tennessee: Tennessee rebounded from their loss against Kansas by beating two easy opponents this week. They’ll play Gonzaga this week in Arizona, which will give them a chance at a signature win.

8.Auburn: The Tigers beat St. Peter’s 99-49 this week, the backcourt duo of Jared Harper and Bryce Brown has been sensational, while the Tigers are looking to integrate Austin Wiley and Danjel Purifoy into their lineup.

9.Texas Tech: Chris Beard, Jarrett Culver, and the Red Raiders are one of two undefeated teams in the Big 12 and they look poised to be the top challenger to Kansas in the Big 12.

10.Wisconsin: The Badgers picked up wins over good a good NC State team, then won at Iowa. Ethan Happ has been great, D’Mitrik Trice has provided the outside shooting and Brad Davison does all the little stuff that leads to winning.

11.Kentucky: Kentucky beat a decent UNC Greensboro team, however, they continue to play no High-level programs. That changes this week when they play Seton Hall in New York.

12.Michigan State: The Spartans lost at Louisville this week which was a solid win, they’ll now play at Iowa and at Florida this week.

13.Florida State: The Seminoles struggled but won against Purdue this week, they have multiple players that can hurt opponents on any night.

14.Arizona State: The Sun Devils remain undefeated, this week they will play Nevada in Los Angeles.

15.Virginia Tech: The Hokies took a bad loss at Penn State in the ACC/ Big Ten Challenge, they still are without Landers Nolley, which is an issue, as he provides some scoring off the bench.

16.Kansas State: The Wildcats lost their first game of the season at Marquette this weekend, Markus Howard in the process went off for 45 points. They are still a good team, however, they may not be the main challenger to Kansas atop the Big 12 like we all thought.

17.North Carolina: The Tar Heels played well for about 10 minutes before Michigan settled in and then ran North Carolina out of the gym. Nassir Little is still not starting, which is an issue.

18.St. John’s: The Red Storm struggled for 30 minutes against Georgia Tech but then Shamorie Ponds took over and led the Red Storm to a win.

19.Texas: The Longhorns lost to Redford on Friday, which is not a good loss, however, this is still a good team with an already quality resume.

20.Ohio State: The Buckeyes took their first loss of the season against Syracuse this week, however, they responded by beating Minnesota by 20.

21.Villanova: Villanova once again struggled against La Salle but they won, they are in the midst of their big five games, next up will be games against Temple and St. Joeseph’s.

22.Marquette: The Golden Eagles beat a good Kansas State team at home behind 45 points from Markus Howard, if he plays like that, they have a chance to beat anyone.

23.Buffalo: The Bulls beat San Francisco to win the Belfast Classic, they have about two weeks until they will play a big game at Syracuse.

24.Radford: Radford has now beaten Notre Dame and Texas both on the road, this team looks like they should not only win the Big South but they do have an outside chance to get an at-large bid.

25.Louisville: The Cardinals had as good as a week as anyone has had as they beat Michigan State, then followed that up with a win at Seton Hall on Saturday.