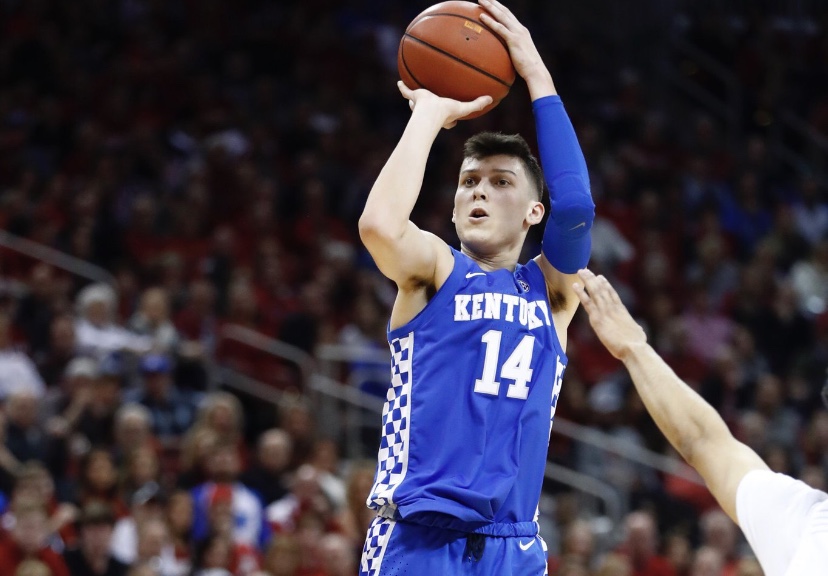 1.Duke: The Blue Devils took the week off this week, They’ll enter into ACC play 11-1 and they look like the best team in the country.

3.Kansas: The Jayhawks took care of Eastern Michigan 87-63 on Saturday. Udoka Azubuike played great in his return, scoring 29 points and grabbing 9 rebounds. His return puts the Jayhawks in place to win their 15th straight Big 12 title.

4.Virginia: The Cavaliers took the week off, they’ll play Marshall today and then Florida State on Saturday.

6.Nevada: The Wolf Pack won at Utah by a score of 86-71 on Saturday, Caleb Martin finished non-conference play in style by dropping 33 in that game. The Wolf Pack now will play Utah State on Wednesday and at New Mexico on Saturday in their first two Mountain West games.

7.Gonzaga: The Bulldogs continue to roll, as they beat North Alabama 96-51. They’ll start WCC play on Saturday as they will play Santa Clara.

8.Michigan State: The Spartans beat Northern Illinois 88-60 on Saturday, they are now 11-2 on the season and could be the favorites to win the Big Ten.

9.Florida State: The Seminoles took the week off, they’ll play Winthrop on Tuesday, before opening at Virginia on Saturday.

10.Marquette: The Golden Eagles beat Southern University 84-41 on Friday, behind 26 points from Markus Howard, which included 6-6 shooting from three.

11.Texas Tech: The Red Raiders beat Texas-Rio Grande Valley 71-46. The Red Raiders begin the Big 12 gauntlet on Wednesday when they play at West Virginia, followed by a home game against Kansas State on Saturday.

13.Kentucky: The Wildcats make a big move up the Power Rankings after big win at Louisville by a score of 71-58. This was a critical two-game stretch for the Wildcats and they passed the test by going 2-0 by beating North Carolina and winning at rival Louisville.

14.St. John’s: The Red Storm went on the road and led Seton Hall 74-73 with 3.9 seconds left, they got what appeared to be a game-winning steal to win the game, then the refs inadvertently blew a whistle to give Seton Hall the ball back, then the Pirates hit a game-winning three. I wasn’t going to move St. John’s down for winning and they should rightfully have won that game, so therefore I’m not going to move them down for this loss.

15.Ohio State: The Buckeyes will enter into the main part of Big Ten play at 12-1 after beating High Point 82-64. This is once again a credit to Chris Holtmann, who has once again led the Buckeyes to this hot start.

16.Auburn: The Tigers enter into SEC play at 11-2 after beating North Florida 95-49, which is pretty average considering preseason expectations.

18.North Carolina: The Tar Heels beat Davidson 82-60 on Saturday. The big key to the game seemed to be a stretch where Nassir Little made big plays on both ends.

19.Buffalo: The Bulls went on the road and beat Canisius 87-72. The Bulls have had 5 different players lead them in points, rebounds, and assists.

20.Oklahoma: The Sooners took the week off, they now are 11-1 entering Big 12 play. They’ll play at Kansas on Wednesday to begin Big 12 play.

21.Indiana: The Hoosiers took the week off, they start Big Ten play back up on Thursday against Illinois, followed by a tough road game at Michigan.

22.Villanova: The Wildcats are 9-4 entering Big East play, which isn’t great but they’ve played a tough non-conference schedule and have dealt with youth. They begin Big East play Wednesday against DePaul, before playing at Providence on Saturday.

23.Houston: The Cougars enter AAC play 13-0 after beating NJIT 80-59. They’ll play Tulsa on Wednesday and Memphis on Sunday for their first two in conference games.

24.Wisconsin: The Badgers took a bad and tough loss as they went on the road and lost to Western Kentucky 83-76. The Badgers start Big Ten play back up again with a 10-3 record, which is decent given their schedule but they really would have wanted this game.