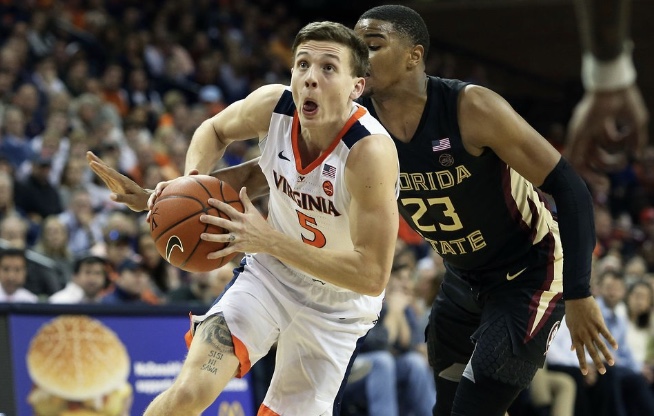 This past week marked the first week of conference play, meaning we got lots of inc conference and multiple upsets along the way. In total four of my previous Top-10 teams lost games, meaning there are a lot of changes at the top and also throughout my Power Rankings.

1.Duke: The Blue Devils opened up ACC play with a comfortable 87-68 win over Clemson, in that game Zion Williamson did a 360 dunk in an actual game, which gives you an idea of how good things are going for Duke right now. They play a cupcake road game at Wake Forest before playing a tough road game at Florida State on Saturday.

2.Virginia: The Cavaliers beat Florida State 65-52 on Saturday and while the final score only shows a 13 point win but the only reason for that is because Florida State went on a 16-0 run, while the Cavaliers were playing their walk-ons. It is safe to say that Virginia is really good after being able to put in your walk-ons up by 29 against a Top-10 team.

3.Michigan: The Wolverines drop a spot simply for only beating Penn State by 13 and Indiana by 11. Those are good results but it’s not like they were able to put in their walk-ons up 29 against either of these teams like Virginia.

4.Tennessee: The Volunteers won their opening game in SEC play by beating Georgia 96-50. They’ll play a Missouri and at Florida, which could give them a test to see where they are at as a team.

5.Michigan State: The Spartans continue to impress, first by beating Northwestern by 26, then by going on the road without Josh Langford and beating Ohio State 86-77. The week is a little bit easier for them as they’ll play Purdue at home and at Penn State.

6.Gonzaga: The Bulldogs began conference play with a 91-48 win over Santa Clara, in that game Killian Tillie and Geno Crandall both returned from injuries making them 100 percent healthy. The Bulldogs will play their toughest test of the season this Saturday when they play at San Francisco.

7.Texas Tech: The Red Raiders didn’t make it look pretty this week but they come out 2-0. First, they dealt with foul trouble in a 62-59 road win at West Virginia, then they followed that up by beating Kansas State 63-57, the road gets even tougher this week as they play at Texas then Iowa State at home.

8.Virginia Tech: The Hokies are 2-2 in ACC play, following wins over Notre Dame and Boston College, next up road games at Georgia Tech and Virginia, where they will probably go 1-1 in those two games.

9.Kansas: The Jayhawks had a good start to the week as they beat Oklahoma 70-63 to move to 28-0 in Big 12 openers an incredible stat. Before the Iowa State game, Udoka Azubuike suffered a wrist injury that was thought to be minor, so he would go on to miss that game, a game where the Jayhawks lost by 17. Then Sunday it was announced that Azubuike suffered torn ligaments in his hand and would miss the season. This obviously puts a damper on a Jayhawks season that looked poised to be a special one in the preseason, while putting the Big 12 seemingly up for grabs.

10.St. John’s: The Red Storm moved to 3-0 in Big East play and 15-0 on the season after beating Marquette and winning at Georgetown this week (Yes I know they are actually 14-1 and 2-1 in Big East play). The Red Storm looked like they would be challenged this week more than any and they came through with two big wins. They’ll have a chance to make a statement on Tuesday when they play at Villanova for a shot at the lead in the Big East standings.

11.NC State: It wasn’t pretty but the Wolf Pack came away with an 87-82 win at Miami in their ACC opener, next up they’ll play North Carolina at home on Tuesday in a game that is going to be fun to watch.

12.Houston: The Cougars opened up AAC play with wins over Tulsa and Memphis at home, they’ll get a tough test at Temple this week but if they are able to win that game they could go into February without a loss.

13.Auburn: The Tigers took the week off, this week they will play at Ole Miss and home to Georgia.

14.Kentucky: The Wildcats lost their SEC opener 77-75 at Alabama. The Wildcats struggled to shoot from the field and from three which helped lead to their demise. The good thing is that they will play Texas A&M and Vanderbilt both at home this week, so minus a surprise upset they’ll get back on track.

15.North Carolina: The Tar Heels took care of business at home against Harvard and at Pittsburgh, they’ll have a big showdown this week at NC State in a game that should be competitive.

16.Nevada: The Wolfpack’s quest for a perfect season ended Saturday when Nevada lost 85-58 in the Pit. Losing a game like this was going to drop them but to lose by 27 is a little embarrassing and drops them down a lot in my rankings.

17.Florida State: The Seminoles got blown out by Virginia but I will credit them for fighting until the buzzer sounded while turning a 29 point lead into a 13 point loss. If they would have only hustled like that against Michigan in last years Elite Eight, they could have made it to the Final Four but instead, they chose to let Michigan run out the clock.

18.Marquette: The Golden Eagles got a bad night from Markus Howard last Tuesday when the Golden Eagles played at St. John’s, this led them to a blowout loss. Fortunately, he rebounded to score 26 in a 70-52 win over Xavier.

19.Villanova: The Wildcats squeaked out wins over DePaul and at Providence this week, which puts them on top of the Big East standings at 2-0. They’ll need to step up their game this week as they play St. John’s at home and at Creighton.

20.Buffalo: The Bulls won a road game at Eastern Michigan on Friday to move to 1-0 in MAC play, if they can protect home court this week they’ll be 3-0 in MAC play.

21.Iowa State: The Cyclones picked up a tough win at Oklahoma State, before beating Kansas 77-60 at home. This team has arrived and looks like a legitimate threat atop the Big 12 standings.

22.Ohio State: The Buckeyes had a chance to knock off an injured Michigan State team at home on Saturday and wasn’t able to get it done. This team is still better than expected but maybe they aren’t quite a Top-25 team.

23.TCU: The Horned Frogs beat Baylor 85-81 on Saturday, they almost blew it down the stretch but were able to pull it out. They have a tough week ahead as they play at Kansas and at Oklahoma this week.

24.Mississippi State: The Bulldogs took the week off but are 12-1 entering into SEC play, which is really good.

25.Oklahoma: The Sooners went into Allen Fieldhouse and kept it close with a fully healthy Kansas team, they then beat rival Oklahoma State 74-64 on Saturday, so overall not a bad week for Oklahoma.