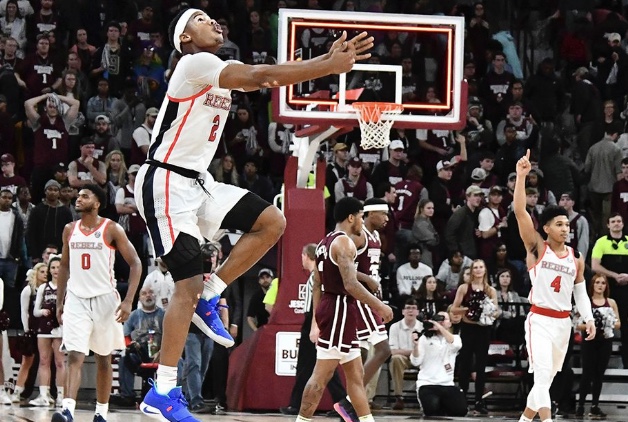 This past week saw none of my Top-9 teams fall, so there aren’t many updates at the top, however, it felt like everyone after that lost. Some teams didn’t lose and moved up 10 spots, multiple teams lost and moved up. Two teams previously unranked moved into the Top-15. With all these upsets

1.Virginia: I move the Cavaliers to number one after they blew out Clemson on the road. The Cavaliers have been up by 20 in every game they have played in ACC play, which is something most teams can’t say. Next up they will play Virginia Tech on Tuesday, followed by a road matchup at Duke on Saturday.

2.Duke: The Blue Devils move down a spot after only beating Florida State on the road by 2,  while Virginia continues to blow every ACC team out. Cam Reddish and RJ Barrett deserve a lot of credit as they stepped up big while Zion Williamson was out in the second half in their win at Florida State. Duke can retake the number one spot if they beat both Syracuse and Virginia this week.

3.Michigan: The Wolverines took care of Illinois and Northwestern this week to move to 17-0. This is the first time in program history that the Wolverines are 17-0.

4.Tennessee: The Volunteers had an easy road win at Missouri before went on the road and grinded out a victory at Florida. They should win their next two games as both are at home against unranked opponents.

5.Michigan State: The Spartans blew out Purdue at home and they won at Penn State. The Spartans have a tough couple of weeks ahead of them, as they will play three of their next four games on the road.

6.Gonzaga: The Bulldogs beat the West Coast Conference’s second-best team San Fransisco on the road Saturday night. With Killian Tillie and Geno Crandall coming back and no other tough matchups ahead the Bulldogs will coast through the rest of this season.

7.Texas Tech: The Red Raiders moved to 4-0 in Big 12 play after they beat Oklahoma and won at Texas this week. If the Red Raiders take care of business they could continue to push Kansas atop the Big 12 standings.

8.Kansas: The Jayhawks took care of business this week against TCU and at Baylor. Dedric Lawson was the best player for the Jayhawks but the key was Ochai Agbaji who played really well in his first games this season after forgoing his redshirt.

9.Virginia Tech: The Hokies didn’t make it look easy but they beat Georgia Tech 52-49 on the road.This week they play at Virginia and at home against Wake Forest, which represents the toughest and easiest games they will play this season.

10.Kentucky: The Wildcats took care of business against Texas A&M and Vanderbilt this week, next up they will play road games at Georgia and at Auburn.

11.Marquette: The Golden Eagles took care of business this week as they beat Creighton on the road behind 53 points from Markus Howard, which was a new career high for Howard. They also beat Seton Hall 70-66 on Saturday, they’ll need to continue to play well this week when they play at Georgetown.

12.Villanova: The Wildcats are back to looking like what we thought preseason, as they are unbeaten in Big East play after wins over St. John’s and at Creighton. The key for them was the play of veterans Phil Booth and Eric Paschall.

13.Ole Miss: The Rebels move not only into the Top-25 but all the way up to number 13 after a big week where they beat Auburn and won at Mississippi State. Ole Miss is a team essentially running it back with the same players as last year but it has been the coaching of Kermit Davis that has made the difference.

14.Nevada: The Wolfpack went 2-0 this week as they beat San Jose State and won at Fresno State. This is a good way to rebound after a tough loss at New Mexico the previous week.

15.Maryland: The Terrapins are flying high on a five-game win streak after beating Minnesota and Indiana this week. The key has been the play of Bruno Fernando as of late, who is playing like an All-American.

16.Buffalo: The Bulls don’t even really need to play well to win at this point, they once again go 2-0 this week after beating Toledo and Miami (Ohio) at home.

17.Florida State: The Seminoles were up 78-77 with 2 seconds left against Duke at home with a chance to pull off a huge upset but what happened next was a terrible defensive possession that left Cam Reddish open for a game-winning three. This is a loss that will likely haunt the Seminoles who played so great throughout the game, next up road games at Pittsburgh and at Boston College.

18.Houston: The Cougars undefeated season ended on Wednesday when they lost 73-69 at Temple. It was unlikely that they would go unbeaten throughout the season but if they did win that game, they likely would have gone throughout the month of January without another loss due to easy scheduling.

20.Auburn: The Tigers once again failed to pick up a tough road win as they lost 82-67 at Ole Miss this week. This Tigers team is decent but great teams are able to win those types of games.

21.NC State: The Wolf Pack suffered a tough loss against rival North Carolina but they were able to rebound to beat Pittsburgh. They will play road games at Wake Forest and at Notre Dame, if they are legitimate Top-25 team throughout the season they will win those two games.

22.Oklahoma: The Sooners put up a good fight against Texas Tech on the road but they fell short but they did respond by beating TCU 76-74. As is life in the Big 12 they will have two more tough tests this week as they play Kansas State and play at Texas.

23.St. John’s: The Red Storm had a double-digit lead late in the second half at Villanova but lost that game, they then lost to DePaul at home without Shamorie Ponds. These are games that you would like to win if you are St. John’s, however, they didn’t and now they are likely out of the race for the Big East title.

24.LSU: The Tigers beat Alabama and won at Arkansas this week. The Tigers have now won five straight games since their devastating loss at Houston back in December.

25.Louisville: Losing to Pittsburgh while becoming the first ACC team to do so since 2017 isn’t good but to respond by beating North Carolina by 21 on the road is an excellent way to respond to that loss.