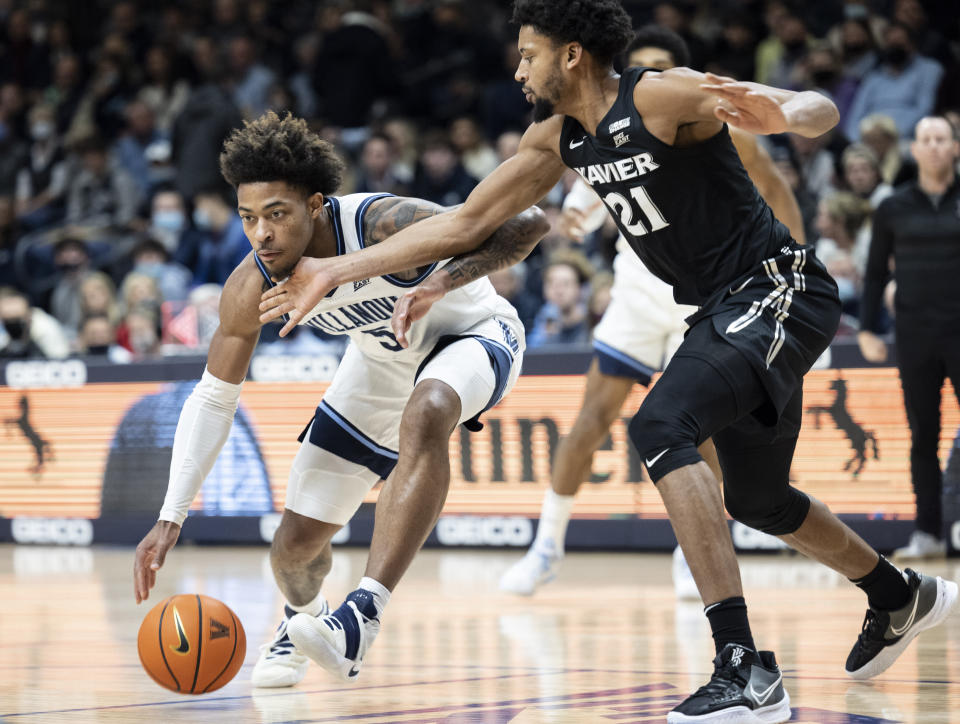 Tuesday night brought us a solid slate of games and two premier matchups with differing results. Davidson provided the upset of the night as they went into a semi-road environment and walked away with a win, while Villanova avoided the upset and proved that they aren’t dead yet.  All this and more is broken down in the daily roundup.

All throughout non-conference play, the Atlantic 10 has been disappointing and no team has gotten a big win to emerge as a favorite. That is until Tuesday at least, as the Davidson Wildcats got a signature win by going into Birmingham and beating Alabama 79-78. Luka Brajkovic had 22 points to lead the Wildcats, while he dominated in the post, while Michael Jones stepped up and scored 20. The Wildcats had been the lone team from the Atlantic 10 in the Top-50 of the NET, but by missing their only previous opportunity to get a big win by losing at San Francisco, they didn’t have an NCAA Tournament resumé. Now they do, with a quadrant one win added to their name and a great one at that, the Wildcats now are the only team from the Atlantic 10 with a clear Tournament resumé. They still will have to have success in the Atlantic 10 to secure an at-large bid but they are in a position to do so as they enter league play.

For Alabama, look they’ve lost some wild games, Davidson is certainly a good team but the Tide should have won this game, just like they should’ve beaten Iona and Memphis. That said, this same team lost three times before SEC play a year ago and still rolled to an SEC title, we’ll see if history repeats itself but they certainly are more than capable of winning an SEC title, so don’t count them out yet. That said, what made Alabama great a year ago was that they were a Top-5 defense in the sport, this year they rank 53rd per Kenpom, which is a major regression. They will have to get back to that level or at least somewhat close to that if they are to repeat as SEC Champions.

Huge second half leads Villanova to win against Xavier

Thanks to shooting struggles, Villanova dropped back-to-back games on the road to Baylor and Creighton, both of which were games in which the Wildcats shot below 23% from three. The first half looked similar, they only made one three in the first half and trailed 38-30 at the half in a game where Xavier looked like the far superior team. Then it flipped, the Wildcats started knocking down shots, it started with a Justin Moore and-one three, then Gillespie and Daniels knocked down shots and the Wildcats found their offensive rhythm. As for Xavier, they looked pretty terrible in the second half, they didn’t move the ball, they settled for too many contested jumpers, and failed to use their size advantage. Looking at the overall talent on the court, Xavier had more of it, but at the end of the day Villanova is just more well-disciplined, moves the ball better, and that’s what won them the game. This loss falls on Travis Steele more than anything and while the Musketeers still will make the NCAA Tournament this year, these types of performances are why they can’t be trusted to make a deep run in the Big Dance.

Samford pulled off another buy game upset as they went on the road and beat Ole Miss 75-73 thanks in part to Jaemyn Brakefield’s game-tying shot come after the buzzer. This was a very nice win for Samford, who used a big 21 point performance from Ques Glover to help lift them to a win. The Bulldogs certainly have to be considered one of the favorites to win the SoCon coming into league play, while Ole Miss seems destined to be an NIT team.

Utah Valley beat Washington by 16 in Seattle, which should really not come as surprise based on this season’s results. Washington is now 5-6 and they are probably one of the bottom-5 Power Conference teams in the sport, that said Washington should never be getting blown out by Utah Valley. At this point, it is probably the time for Washington to move on from Mike Hopkins, as this Washington program continues to be going in reverse.